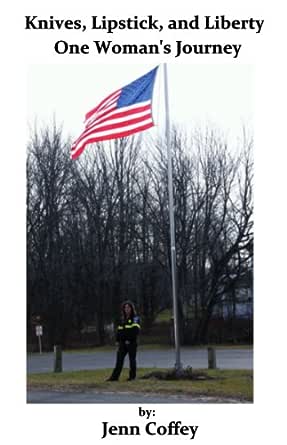 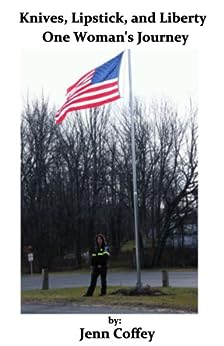 Watch state Rep. Jenn Coffey on the floor of the House and you'd think she was swaddled from infancy in the "Don't Tread on Me" flag.

An Andover Republican, Coffey is pro-gun, anti-regulation and well-versed in the Constitution. She could be the poster girl for the Free State Project, the Republican Liberty Caucus and the Second Amendment Sisters.

It was Coffey, after all, who sponsored a bill last year requiring the state to post warning signs at the Massachusetts border so gun owners wouldn't be caught unaware in the anti-gun Bay State.

Seven years ago, Coffey was a Massachusetts resident (true!) who viewed her husband's political rants about government intrusion as "background noise," according to an autobiography she's written. The title is fantastic: Knives, Lipstick and Liberty.

"There were times when (my husband) Billy would point out certain things about the direction our country was headed in, and I would nod my head in a 'Yes, Dear' fashion and then forget about it," Coffey writes. "Sometimes I would tell him he was nuts and getting into conspiracy junk."

The couple argued over radio stations: he wanted to listen to "political crap" and she wanted to hear music.

That all changed one day in 2004 when Coffey went to work and had to scan her fingerprints to clock in. Then she started hearing about the Patriot Act.

By that summer, the Coffey was on board with her husband and decided to leave Massachusetts. They looked at two states Florida (her pick) and New Hampshire (his). Turns out, Billy Coffey had already been chatting online with New Hampshire Free Staters and had even voted with them in 2003 to make New Hampshire their headquarters Among other things, Coffey's book shows why the Free State Project is so appealing to newcomers: When the family arrived in New Hampshire, Coffey quietly ill with a medical condition, they were greeted by a huge group of strangers ready to move them in. They'd all connected with the Coffeys through the Free State Project.

Coffey has a nice writing voice, and Knives, Lipstick and Liberty is a quick read complete with appearances from Free Staters, Ron Paul and gun rights activists. --This text refers to the paperback edition.

Jeff nh
4.0 out of 5 stars Short but a good read
Reviewed in the United States on April 27, 2011
This is a an easy read with a style that keeps you interested in the author's story. If you are interested in getting into politics or just find a story of personal growth interesting, I'd certainly recommend reading this book. The only thing negative is that you feel as if you are just getting drawn into the story and then the book ends but is clear that there is more ahead in the authors life.
Read more
One person found this helpful
Helpful
Report abuse
See all reviews