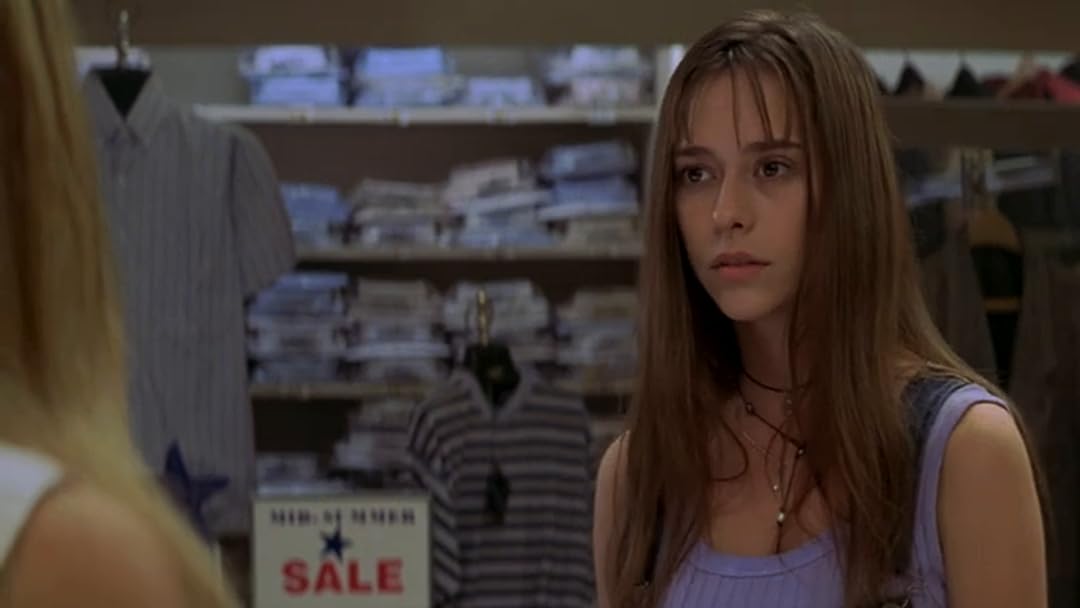 I Know What You Did Last Summer

Rentals include 30 days to start watching this video and 48 hours to finish once started.
Add to
Watchlist

Kevin DudleyReviewed in the United States on September 29, 2022
5.0 out of 5 stars
This review pertains to the 25th anniversary 4K UHD release by Sony
Verified purchase
(3.5 stars for the movie, 5 stars for the 4K UHD disc)

"I Know What You Did Last Summer" was released October 10, 1997 grossing $125.3 million against a production budget of $17 million. It was directed by Jim Gillespie from a screenplay by Kevin Williamson which was based in the novel of the same name by Lois Duncan. It received mixed reviews from critics. This slasher flick was quickly rushed into production to capitalize on the huge surprise success of "Scream" from 1996 which was also written by Kevin Williamson. Whereas "Scream" had a ton of meta dialogue & humor, "I Know What You Did Last Summer" is much more of a straight ahead slasher flick in comparison. The cast acquit themselves nicely as a whole though they don't have as much to work with as the cast of "Scream" did overall. While it won't win any awards for originality, it is a fun 90's slasher that has aged nicely in my opinion.

Sony rolls out the red carpet for the 25th anniversary of "I Know What You Did Last Summer" by releasing it on 4K UHD blu-ray featuring a new 4K scan of the original camera negative. This new 4K digital intermediate was then graded for both HDR10 and Dolby Vision. Simply put, the film looks amazing on this 4K UHD release leaving the ancient standard definition bluray from 2008 (which is also included in this set rather than a remastered standard blu-ray) in the dust. While both the HDR10 and Dolby Vision encodes look fantastic, should you have a 4K television that supports Dolby Vision, I recommend going that route as the Dolby Vision encode has slightly better color saturation, contrast levels and black levels than the HDR10 version. While the HDR10 version looks great, Dolby Vision takes that superb visual fidelity & kicks it up another notch overall. The bit rate stays in the upper 70's and low 80's for the most part on the 4K UHD release so the 1 hour 41 minute film has ample room to breathe with no compression artifacts to be seen. Fans of the film will be ecstatic at how it looks on this 4K UHD release. I would place a safe bet that this is the best the film has ever looked.

Sony delivers an incredible looking and sounding 4K UHD blu-ray release for "I Know What You Did Last Summer" for its 25th anniversary. Fans who are 4K UHD blu-ray capable should pick it up without hesitation. Keep in mind though that the included standard blu-ray is not remastered however being the same disc from 2008.

Blind MastermindReviewed in the United States on November 10, 2022
5.0 out of 5 stars
A classic that looks better than ever
Verified purchase
This is one of the best movies in the era of teen horror movies that exploded after scream came out, I saw it around the time it first released to video when I was in my late teens. They did a spectacular job with the 4k picture quality on this movie, it looks like it was filmed with modern equipment, it’s honestly never looked better. The blu ray I had of it before had no special features and this has a few between the 4k and the blu ray discs, it comes with a digital code as well. I highly recommend buying this, hopefully the sequel gets this same treatment.

FilmFan4277Reviewed in the United States on October 28, 2022
4.0 out of 5 stars
Great To See in 4K. Not a Fan of No Commentary Track on the 4K Disc
Verified purchase
Great looking in 4K! The extras on the 4K disc are ported from the 88 Films release (except the Deleted Scenes which don’t appear to have been previously released (and unfortunately don’t amount to much). But the A/V quality for the feature film was outstanding. Not thrilled with the constant lack of the commentary track on the 4K disc releases. Who wants to watch the old BD to get the commentary? I’ll tell you who: NOBODY!!! Actually, no one who buys a 4K release needs a standard BD, so these studios and boutique companies really need to get with the picture and DROP THE STANDARD BD AND PUT ALL OF THE EXTRAS ON THE 100 GB TRIPLE-LAYERED DISCS INSTEAD FROM NOW ON!!! YOU HAVE PLENTY OF ROOM WITHOUT SACRIFICING A/V QUALITY ON THE FEATURE FILM!!!!

john zunigaReviewed in the United States on October 25, 2022
5.0 out of 5 stars
Twist
Verified purchase
OK I love this movie saw it I'm theater back when it was released around 1997?

AKA SullyReviewed in the United States on September 30, 2022
5.0 out of 5 stars
Scream Queens
Verified purchase
JLove has the pipes and SMG delivers one of the best chase scenes in a slasher film ever!. It’s painfully overlooked but remains a solid classic from the 90’s

Cynthia A. NordstromReviewed in the United States on September 27, 2022
5.0 out of 5 stars
Great Sony 4K
Verified purchase
Great 4K from Sony looks great sounds great and at a reasonable price

Darren HarrisonReviewed in the United States on April 28, 2006
4.0 out of 5 stars
Entertaining thriller from the writer that penned SCREAM
Verified purchase
Shortly after the release of the movie SCREAM with its cast of hot young stars came this vehicle with the same screenwriter (Kevin Williamson) that also combined a cast of young up and coming attractive leads in a vibrant concoction of suspense and thrills.

Whereas SCREAM starred "Party of Five" actress Neve Campbell, this production was led by another female alum from that television hit, the gorgeous Jennifer Love Hewitt. Hewitt is joined by Ryan Phillippe and Freddie Prinze Jr., two actors who (strangely enough) seem to have both been out-shined in their real lives by their two wives Reese Witherspoon and Sarah Michelle Gellar respectively.

Rounding out the cast of the leads is none other than Gellar, who plays Phillippe's girlfriend Helen.

The story, which is based on a novel by Lois Duncan, revolves around the events one night as a group of four friends prepare to say goodbye to their high school lives and go their separate ways. Driving along the coastal highway in the middle of the night they hit a man and freaking out because of his alcohol consumption, the owner of the car (who wasn't actually driving it) persuades his companions to dump the body.

Fast forward a year and Julie (Hewitt) returns from her first year of college still haunted by the events of the previous summer. This isn't helped when she receives a note with the chilling message "I Know What You Did Last Summer."

It seems someone is out for revenge and stalking the four former friends wearing a fisherman's slicker with an ice hook as his preferred weapon. It's up to the four to figure out who is behind the messages, and fast because he seems intent killing all of them.

Sticking clearly to the slasher movie formula it's easy to dismiss this movie, but it's actually much more intelligent than a casual retread of familiar ground. There are some really chilling sequences here and moments of real white-knuckle tension, all laced with some truly witty dialogue.

By today's standards the DVD is rather short on special features, but given that the DVD was released in 2000 this actually stacks up quite well with its contemporaries. What we do get is the theatrical trailer and a scene specific commentary by director Jim Gillespie, which is nice and light touching on a number of elements from casting and music to production design.

This movie was successful enough to warrant a sequel and the two movies are available in one deluxe pack for less than purchasing the two individually But, unfortunately the follow-up was not of the same quality and even the presence of the appealing Hewitt cannot save the production. Still this movie is a worthwhile purchase for those who enjoyed SCREAM.

Recommended.
One person found this helpful

Sean WanderseeReviewed in the United States on June 28, 2020
5.0 out of 5 stars
Angela Lansbury Always Had a Plan
Verified purchase
4th of July fun comes to an abrupt halt when 4 friends run over a mysterious stranger on a lonely coast road. Honestly they need one of those yellow road signs Mysterious Loner Crossing Next 10 Miles. Taking the wisest course of action they drive the body to the docks and hurl him in. Now a year later the secret has taken a toll on them but you can never run far enough from your past. It will always catch up to you and in their case the past is wearing a rain slicker and carrying a hook.

The quintessential late 90s horror film. Attractive cast, self aware dialogue, lots of popular music on the soundtrack, big cordless phones, crappy 90s cars, midriffs, the only thing that is missed is there isn’t a single pager anywhere to be seen. Jennifer Love Hewitt is great as the girl detective and everyone else is just along for the ride. The killer has a great unique look. The chase sequences are good and tense, especially the chase through the department store. I think I like this more than Scream giving it the prize for best slasher of the late 90s because the Ghost Killer can be a tad goofy where as the Rain Slicker Killer? Sure why not, is just a menacing presence. The movie gets big bonus points for featuring one of my favorite bands, Southern Culture on the Skids in a cameo as the band at the beginning of the film.
6 people found this helpful
See all reviews
Back to top
Get to Know Us
Make Money with Us
Amazon Payment Products
Let Us Help You
EnglishChoose a language for shopping. United StatesChoose a country/region for shopping.
© 1996-2022, Amazon.com, Inc. or its affiliates