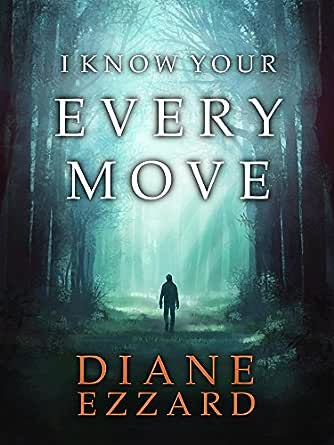 You've subscribed to Sophie Brown! We will preorder your items within 24 hours of when they become available. When new books are released, we'll charge your default payment method for the lowest price available during the pre-order period.
Update your device or payment method, cancel individual pre-orders or your subscription at
Your Memberships & Subscriptions
There was an error. We were unable to process your subscription due to an error. Please refresh and try again. 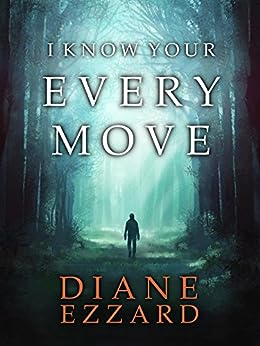 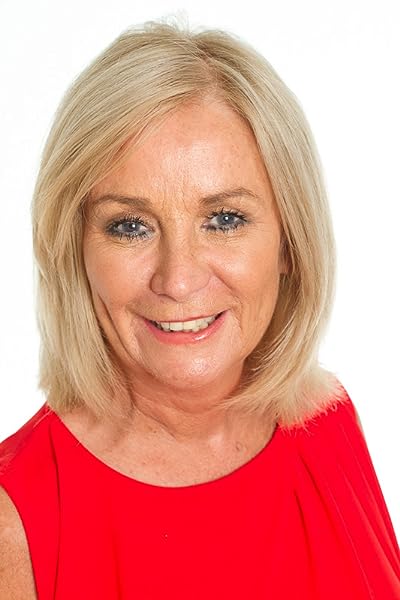 I Know Your Every Move (Sophie Brown Book 1) Kindle Edition 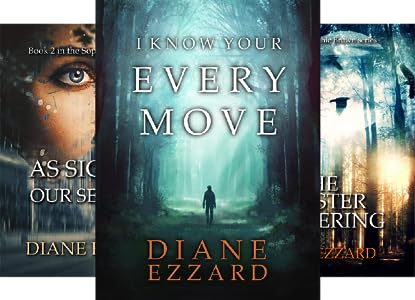 Diane Ezzard was born in Radcliffe, Manchester. Growing up, she wanted to be a football reporter due to her love of the game. However, her career ranged from working as a post office clerk to being a HR manager. She also worked as a counsellor and managed a charity. She had numerous different businesses including a travel company, cafe and cleaning business. She took early retirement to concentrate on her writing. She now lives in South East London, close to her daughter and grandchildren.

Allyn
4.0 out of 5 stars Now for the good part. It is a good mystery
September 23, 2017
Format: Kindle EditionVerified Purchase
Interesting book, with both pros and cons. The book is set in Britain. I live in the United States and have never been to Britain. Unfortunately, the author makes many references to places there and seems to assume the reader will know the places and distances involved. That is not true for me, and might not even be true for people at the other end of Britain. The second problem for me is there is too much skipping back and forth between the past and present, accompanied by many chapters simply titles Then" or "Now". It got very confusing. Last, the primary mystery pops up occasionally, but it leaves you wondering if that's the main mystery or another side excursion. Now for the good part. It is a good mystery. Many false trails, with several twists. And a big surprise.
Read more
22 people found this helpful
Helpful
Comment Report abuse

Kindle Customer
3.0 out of 5 stars Sophie Brown
April 12, 2018
Format: Kindle EditionVerified Purchase
This is a very interesting story. It takes you through her life just starting out to present day. The choices she makes and the consequences that come with each choice gives us insight into her perspective. The mystery part isn't as well presented as her confused part of her life and how she feels with her choices. Great psychology but not so great as to the mystery part. Kind of a let down there. It rambles at time and concentrates more on her confused aspects of life than on the mystery of her being stalked. You sort of lose tract of when you're in her life, it jumps a bit and you have to think as to when it really happened. All in all its not bad just different.
Read more
18 people found this helpful
Helpful
Comment Report abuse

Kindle Customer
2.0 out of 5 stars Too much
November 27, 2018
Format: Kindle EditionVerified Purchase
I struggled with this because of the grammar and locals differences of the UK. There were obvious typographic errors. This work needs editing. The story line just didn't develop.
Read more
15 people found this helpful
Helpful
Comment Report abuse

Stephen Patterson
4.0 out of 5 stars A psychological thriller
July 23, 2017
Format: Kindle EditionVerified Purchase
This is the story of Sophie Brown, an attractive young woman from Manchester, England. She's building a new life for herself, working as a counselor in a women's center. Then she begins to receive a number of sinister phone calls and other threatening messages. She wonders if her past is coming back to haunt her. We then learn that she seems to have rather a knack for making poor life choices. The main problem then becomes which one of the disgruntled people from her past is after her. Several might have cause to have an axe to grind for her, apparently.

The writing is well done. The author writes each scene very believably. She must be a keen student of her fellow human beings to do so. My main reservation about the book is the ending. There is a surprise twist ending, but after reflection I've decided that it's too much of a surprise. We never are given a hint that it is that person until the very end. That's not the best way to do a twist ending. The reader should have a fair chance of guessing the right answer, or failing that, be able to look back and see where they should have caught on. It is a strong story, but I think it could have been improved by some skilled foreshadowing early on. Also, the end is quite abrupt. The violence is over before it's really begun. Consider that a shooting or a stabbing is not terrifying in itself. It's the chase. It's being chased by someone who means to shoot or stab you, that's the terrifying part. Otherwise, the tension is broken too soon, and the final climax of the story suffers for it, in my opinion.

But, I don't what to keep you from reading this very well crafted book. I'm a picky reader, and I only mention those small issues to give the author something to think about for next time. It really is good writing, or I wouldn't give it so many stars. :-)

Sandra's Book Reviews
3.0 out of 5 stars it's okay
December 11, 2019
Format: Kindle EditionVerified Purchase
The constant ringing of a phone. Wonder who it could be. Why won’t it stop ringing? Then she played the message: “Don’t think you can get away with it.” Get away with what?

Sophie is a 27-year old single woman looking to change her personal life. When Sophie joins an online dating site, she meets a few perverted guys. Well, more than a few actually. After someone attacks her, she concludes that dating was not for her and decides to get a cat instead. But she can’t shake the feeling that someone is watching her, following her every move.

The 1st person narrative makes it easy to empathize and relate to the character. I liked how this whole thing started, but it has a consistently slow pace overall. Story is constantly going back and forth, between present and past, which can be annoying. This tale gives you the creeps, because, let’s face it, being watched by some crazy person is kind of creepy. It’s not the greatest read, but it’s okay.
Read more
5 people found this helpful
Helpful
Comment Report abuse

Amazon Customer
3.0 out of 5 stars Disturbing Mystery!
February 1, 2018
Format: Kindle EditionVerified Purchase
This book was well written. I can’t say I actually enjoyed it because it was depressing but I read the entire book to find out who the stalker was. It was definitely an intriguing mystery.
Read more
10 people found this helpful
Helpful
Comment Report abuse

Audrey Davis
VINE VOICE
4.0 out of 5 stars Can the past catch up with you … or is it the present you should fear?
August 12, 2017
Format: Kindle EditionVerified Purchase
An enjoyable read, with enough twists and turns to keep the reader guessing. Sophie is a counsellor, trying to help a client who is a victim of domestic abuse. She is no stranger to the subject herself, with more than one ex-boyfriend causing her problems in the past. As she receives threatening calls and senses she is being followed, Sophie wonders if someone from her past is out to cause her harm. I felt the book lost a little pace in the middle, but I didn't guess the perpetrator for a long time. A good debut novel.
Read more
5 people found this helpful
Helpful
Comment Report abuse

Judie Cook
5.0 out of 5 stars I just started reading this last night!
August 10, 2018
Format: Kindle EditionVerified Purchase
Ask me how tired I am today, because I couldn't put this book down! It grabbed me right from the beginning, and I cannot tell where it's going or how it's going to end...just what I like in a good book!!! Join me in a good mystery.
Read more
5 people found this helpful
Helpful
Comment Report abuse
There are 61 customer reviews and 71 customer ratings.
See all 61 customer reviews
Write a customer review