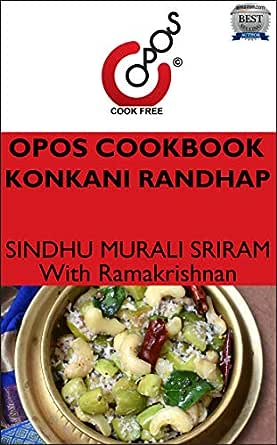 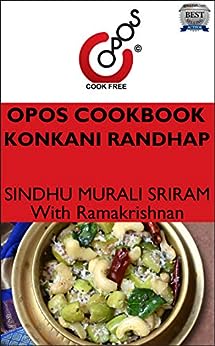 Dheepikaa
5.0 out of 5 stars Must have book if you love authentic Indian food!
Reviewed in the United States on April 24, 2020
Verified Purchase
I absolutely love this book and the recipes! Being a South Indian, I already love the flavour of coconut in all the vegetable based dishes, but the Konkani cuisine adds a new dimension to my usage of coconut and a myriad of other spices. I especially loved the Val Val, and the Kayaras. We loved the Bagle too. The spice paste is so unique. Yet to make the many other recipes from the book and I have no doubt it’ll be loved! Thank you Sindhu Murali Sriram!
Read more
Helpful
Report abuse

Friendindeed
5.0 out of 5 stars For the love of OPOS
Reviewed in the United States on January 8, 2020
Didn't knew most of these cuisines existed until I started to read. Coconut speciality from south Indian dishes makes it yummy to taste and with blend of OPOS... All your cooking hidden talents bombard. Good luck to the author and keep adding to the recipes list. Kashmiri, Burmese :).
Read more
Helpful
Report abuse
See all reviews

Malathi
5.0 out of 5 stars Konkani Treasure
Reviewed in India on January 7, 2020
Verified Purchase
AMAZING RECIPES..
A must have book. Presentation is too too good. Wide range of recipes. Being an oposer, I would like to recommend this book. My hearty wishes to you SINDHU MURALI SRIRAM.
Read more
Report abuse