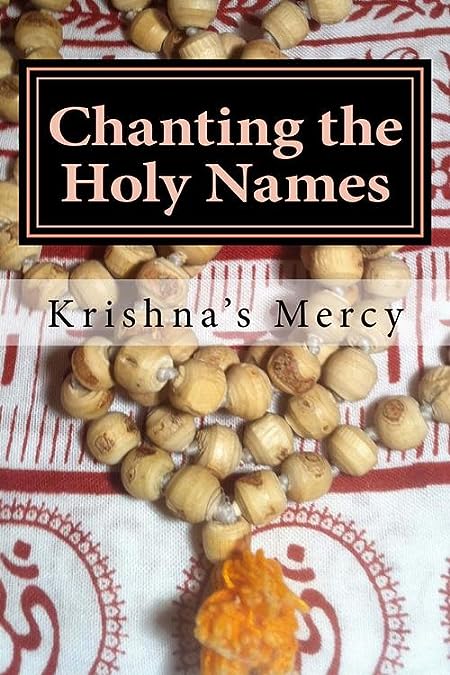 Krishna's Mercy is an organization dedicated to glorifying God, the Supreme Absolute Truth, as He is described in Vedic texts like the Bhagavad-gita, Shrimad Bhagavatam, and Ramayana and the teachings of the famous Vaishnava authorities on bhakti-yoga, such as Vyasadeva, Narada Muni, His Divine Grace A. C. Bhaktivedanta Swami Prabhupada, Lord Chaitanya, Shrila Rupa Gosvami, Lord Shiva, King Janaka, Shri Hanuman, Goswami Tulsidas, and others. 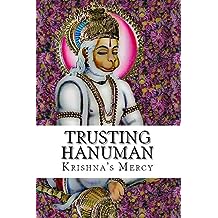 Trusting Hanuman is a collection of seventeen essays discussing the verses in the Ramayana where Sugriva and Lord Rama go over Hanuman's capabilities with respect to finding the missing princess Sita Devi.
Read more
Other Formats: Paperback , Mass Market Paperback 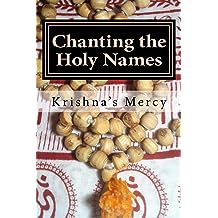 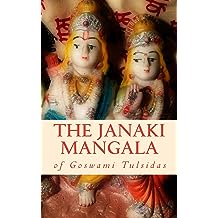 The Janaki Mangala of Goswami Tulsidas Mar 26, 2015
by Krishna's Mercy
$2.99
Original text and English translation of the great poet's work describing the marriage of Sita and Rama.
Read more
Other Formats: Paperback 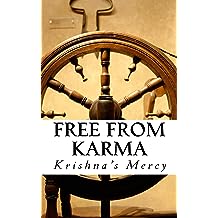 Free From Karma Nov 29, 2012
by Krishna's Mercy
( 1 )
$2.99
“Driven by a virtuous or evil purpose, each living entity performs some work, which has consequences associated with it. After death, the same person steadily reaps all those auspicious and inauspicious results.” (Hanuman speaking to Tara, Valmiki Ramayana, Kishkindha Kand, 21.2)

"While karma leads to the future development of the body, associating with God enables one to transcend karma. This was the example set by Hanuman, who dedicated all his activities towards pleasing the Supreme Lord. He easily can get liberation whenever he wants, but he chooses to remain on this earth for as long as Lord Rama’s story continues to be told. In this way, Hanuman is already liberated without even having to quit his body."

"Free From Karma" is a collection of eleven essays describing karma, or fruitive activity, and how to transcend it through applied methods in bhakti-yoga, or devotional service.
Read more
Other Formats: Paperback 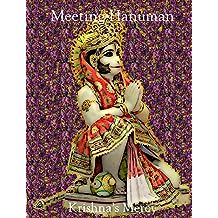 Meeting Hanuman May 28, 2011
by Krishna's Mercy
( 1 )
$0.99
Sugriva, the chief of the forest dwellers in Kishkindha, was resting in his safe haven on the top of Mount Rishyamukha, a place where his estranged brother Vali could not attack him. Though he was safeguarded from the powerful influence of his brother, Sugriva was by no means in a peaceful condition. At every second of the day there was trepidation, as someone could be coming to attack him. Therefore it wasn’t surprising that when he saw two handsome and well-built young men carrying weapons approaching his forest, he became a bit apprehensive. These two princes seen from a distance appeared to be very powerful, and they were certainly not in the right place. The forest was meant for the animals and the ascetics, so the presence of two such powerful fighters was certainly conspicuous.

As any good leader would do, Sugriva approached his most trusted aide and asked him to go down and meet the two princes. “See what they want, for I’m afraid they might be assassins sent by Vali to do me in.” Sugriva’s chief minister was no ordinary person. He was none other than Shri Hanuman, one of the most famous divine figures in the world. The wonderful details of his subsequent meeting with the two princes, Shri Rama and Shri Lakshmana, are nicely related in the ancient poem called the Ramayana. Hanuman is known as the greatest devotee of Lord Rama, who is Himself an object of worship. The accounts of their initial meeting give insight into the glorious nature of Hanuman and also indicate that his wonderful characteristics were readily identifiable to the one person whose opinion matters, the one entity who all the world has been trying to find and please since the beginning of time. Meeting Hanuman is a collection of twenty one essays discussing the different verses from the Ramayana that describe Hanuman’s meeting with the two princes of the Raghu dynasty, Rama and Lakshmana, who were searching for Sita Devi, Rama’s wife. As whoever has Hanuman’s association is forever benefitted, Rama’s reunion with Sita and the permanent alleviation of Sugriva’s fears would both have their genesis in this wonderful meeting. 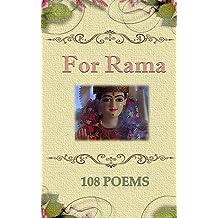 For Rama (108 Poems Book 4) Jan 23, 2017
by Sonal Ranjanish Pathak, Krishna's Mercy
$0.99
"For Rama" is a collection of 108 original poems in honor of the beloved husband of Sita Devi.
Read more
Other Formats: Paperback 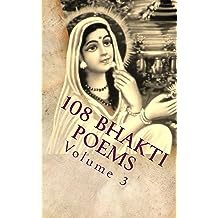 To be dear to God is not ordinary,
For servants have qualities extraordinary.

Wife and home Lakshmana quickly left,
So that in woods of his company Rama not bereft.

Sita thus dear to Lakshmana’s guru,
Who also has Hanuman working for Him too.

Destiny’s influence made Hanuman cry,
But for pleasing Rama he would continue to try.
Read more
Other Formats: Paperback 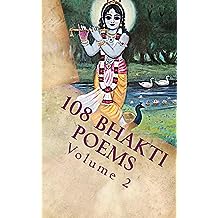 Though in body of boy small,
Krishna defeating enemies tall.

To the heart these stories endearing,
Though outcome guessed while hearing. 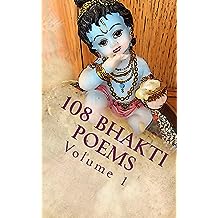 How as son He is the best,
Protecting one wife and all the rest.

For the cowherd boys in fear living,
Protection from demons to them giving. 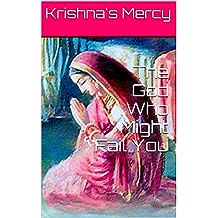 “This material nature is working under My direction, O son of Kunti, and it is producing all moving and unmoving beings. By its rule this manifestation is created and annihilated again and again.” (Lord Krishna, Bhagavad-gita, 9.10) 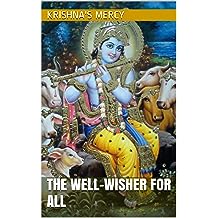 “The Supreme Lord, Purushottama, or Shri Krishna, is the maintainer of all, in both the transcendental and material worlds. He is the life and friend of all because there is eternally natural affection and love between the living entities and the Lord. He is the one friend and well-wisher for all, and He is one without a second. The Lord maintains all the living entities everywhere by His six transcendental opulences, for which He is known as bhagavan, or the Supreme Personality of Godhead.” (Shrila Prabhupada, Shrimad Bhagavatam, 3.9.22 Purport) 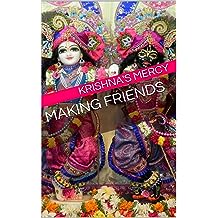 Making Friends (The Supreme Person Book 1) Sep 29, 2015
by Krishna's Mercy
$2.99
Making Friends is a collection of essays discussing the qualities, names, forms and attributes belonging to the entity commonly addressed as "God".

“Krishna’s age, His beauty, His bugle, His flute, His conchshell and His pleasing attitude all provoke love in friendship for Him. His exceptional joking abilities, exhibited sometimes by His pretending to be a royal prince, or even the Supreme Personality of Godhead, also give impetus to devotees developing love for Krishna in friendship.” (The Nectar of Devotion, Ch 42)