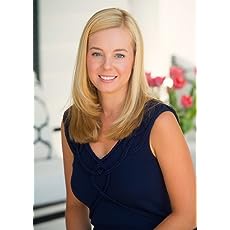 Kristy Woodson Harvey is the bestselling author of DEAR CAROLINA, LIES AND OTHER ACTS OF LOVE, SLIGHTLY SOUTH OF SIMPLE, THE SECRET TO SOUTHERN CHARM, THE SOUTHERN SIDE OF PARADISE and FEELS LIKE FALLING. Kristy is the winner of the Lucy Bramlette Patterson Award for Excellence in Creative Writing, a finalist for the Southern Book Prize, her work has been optioned for film and her books have received numerous accolades including:

She blogs with her mom Beth Woodson on Design Chic about how creating a beautiful home can be the catalyst for creating a beautiful life. Design Chic is the inaugural member of the design blogger hall of fame, sponsored by Traditional Home, and winner of Amara's Best Luxury Blog, as chosen by Roberto Cavalli. She also loves connecting with readers on kristywoodsonharvey.com.

She is a proud member of the Tall Poppy Writers, serves on the board of Beaufort Historical Association, and is a member of the University of North Carolina's Women's Leadership Council. She is a frequent speaker at fundraisers, book conferences and private events. She lives in North Carolina with her husband and seven-year-old son where she is working on her next novel.
Read more 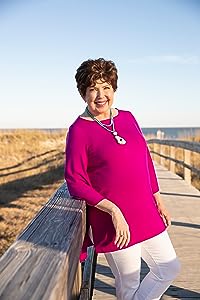 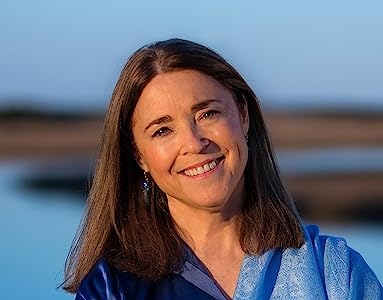 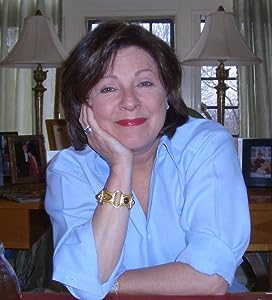 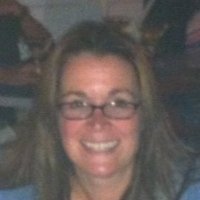 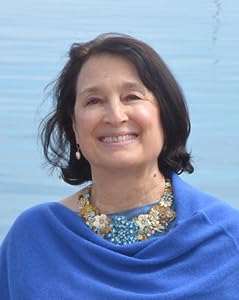 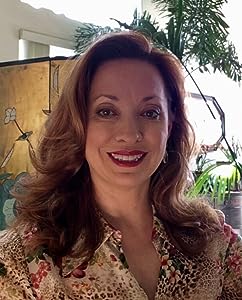 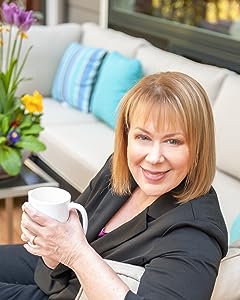 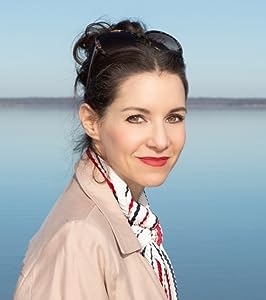 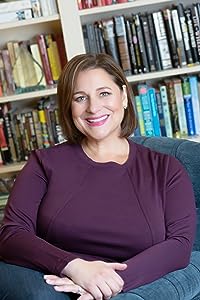 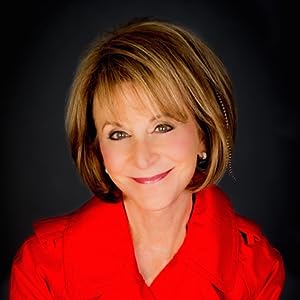 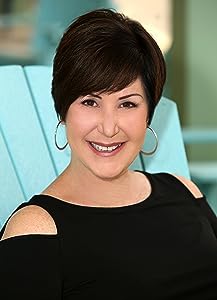 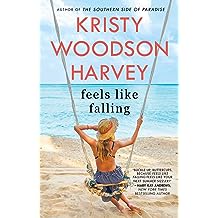 From “the next major voice in Southern fiction” (Elin Hilderbrand) and the bestselling author of the Peachtree Bluff series comes an odd-couple tale of friendship that asks just how much our past choices define our happiness.

It’s summertime on the North Carolina coast and the livin’ is easy.

Unless, that is, you’ve just lost your mother to cancer, your sister to her extremist husband, and your husband to his executive assistant. Meet Gray Howard. Right when Gray could use a serious infusion of good karma in her life, she inadvertently gets a stranger, Diana Harrington, fired from her job at the local pharmacy.

Diana Harrington’s summer isn’t off to the greatest start either: Hours before losing her job, she broke up with her boyfriend and moved out of their shared house with only a worn-out Impala for a bed. Lucky for her, Gray has an empty guest house and a very guilty conscience.

With Gray’s kindness, Diana’s tide begins to turn. But when her first love returns, every secret from her past seems to resurface all at once. And, as Gray begins to blaze a new trail, she discovers, with Diana’s help, that what she envisioned as her perfect life may not be what she wants at all. 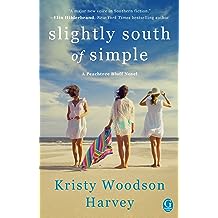 “One of the hottest new Southern writers.” —Parade

From the next “major voice in Southern fiction” (Elin Hilderbrand, New York Times bestselling author) comes the first in an all-new series chronicling the journeys of three sisters and their mother—and a secret from their past that has the potential to tear them apart and reshape their very definition of what it means to be a family.

Caroline Murphy swore she’d never set foot back in the small Southern town of Peachtree Bluff; she was a New York girl born and bred and the worst day of her life was when, in the wake of her father’s death, her mother selfishly forced her to move—during her senior year of high school, no less—back to that hick-infested rat trap where she'd spent her childhood summers. But now that her marriage to a New York high society heir has fallen apart in a very public, very embarrassing fashion, a pregnant Caroline decides to escape the gossipmongers with her nine-year-old daughter and head home to her mother, Ansley.

Ansley has always put her three daughters first, especially when she found out that her late husband, despite what he had always promised, left her with next to nothing. Now the proud owner of a charming waterfront design business and finally standing on her own two feet, Ansley welcomes Caroline and her brood back with open arms. But when her second daughter Sloane, whose military husband is overseas, and youngest daughter and successful actress Emerson join the fray, Ansley begins to feel like the piece of herself she had finally found might be slipping from her grasp. Even more discomfiting, when someone from her past reappears in Ansley's life, the secret she’s harbored from her daughters their entire lives might finally be forced into the open. 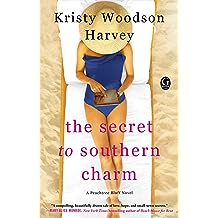 The Secret to Southern Charm (The Peachtree Bluff Series Book 2) Apr 3, 2018
by Kristy Woodson Harvey
( 252 )
$7.99
Set in the charming town of Peachtree Bluff, “a compelling, beautifully drawn tale of love, hope, and small-town secrets” (Mary Alice Monroe, New York Times bestselling author) following a trio of sisters and their mother as they discover a truth that will change not only the way they see themselves but also how they fit together as a family.

Sloane’s world crumbles after receiving the news that her military husband is missing in action.

She can barely climb out of bed, much less summon the strength to be the parent her children deserve.

Her mother, Ansley, provides a much-needed respite as she puts her personal life on hold to help Sloane and her grandchildren wade through their new grief-stricken lives. But between caring for her own aging mother, her daughters, and her grandchildren, Ansley’s private worry is that secrets from her past will come to light.

But when Sloane’s sisters, Caroline and Emerson, remind Sloane that no matter what, she promised her husband she would carry on for their young sons, Sloane finds the support and courage she needs to chase her biggest dreams—and face her deepest fears. Taking a cue from her middle daughter, Ansley takes her own leap of faith and realizes that, after all this time, she might finally be able to have it all. 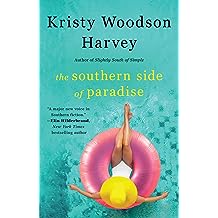 From internationally bestselling author and “rising star of Southern fiction” (Mary Alice Monroe, New York Times bestselling author) Kristy Woodson Harvey comes the third novel in her Peachtree Bluff series, in which a secret threatens the tight-knit bond between a trio of sisters and their mother.

With the man of her dreams back in her life and all three of her daughters happy, Ansley Murphy should be content. But she can’t help but feel like it’s all a little too good to be true.

Meanwhile, youngest daughter and actress Emerson, who is recently engaged and has just landed the role of a lifetime, seemingly has the world by the tail. Only, something she can’t quite put her finger on is worrying her—and it has nothing to do with her recent health scare.

When two new women arrive in Peachtree Bluff—one who has the potential to wreck Ansley’s happiness and one who could tear Emerson’s world apart—everything is put in perspective. And after secrets that were never meant to be told come to light, the powerful bond between the Murphy sisters and their mother comes crumbling down, testing their devotion to each other and forcing them to evaluate the meaning of family.

With Kristy Woodson Harvey’s signature charm, wit, and heart, The Southern Side of Paradise is another masterful Peachtree Bluff novel that proves she is a “Southern writer with staying power” (Booklist).
Read more
Other Formats: Audible Audiobook , Hardcover , Paperback , Audio CD 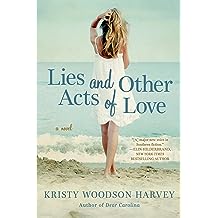 From a “major voice in Southern fiction”* comes a novel about what it really means to tell the truth...

After sixty years of marriage and five daughters, Lynn “Lovey” White knows that all of us, from time to time, need to use our little white lies.

Her granddaughter, Annabelle, on the other hand, is as truthful as they come. She always does the right thing—that is, until she dumps her hedge fund manager fiancé and marries a musician she has known for three days. After all, her grandparents, who fell in love at first sight, have shared a lifetime of happiness, even through her grandfather’s declining health.

But when Annabelle’s world starts to collapse around her, she discovers that nothing about her picture-perfect family is as it seems. And Lovey has to decide whether one more lie will make or break the ones she loves.... 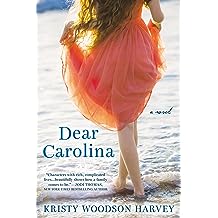 One baby girl.
Two strong Southern women.
And the most difficult decision they'll ever make.

Frances "Khaki" Mason has it all: a thriving interior design career, a loving husband and son, homes in North Carolina and Manhattan--everything except the second child she has always wanted. Jodi, her husband's nineteen-year-old cousin, is fresh out of rehab, pregnant, and alone. Although the two women couldn't seem more different, they forge a lifelong connection as Khaki reaches out to Jodi, encouraging her to have her baby. But as Jodi struggles to be the mother she knows her daughter deserves, she will ask Khaki the ultimate favor...

Written to baby Carolina, by both her birth mother and her adoptive one, this is a story that proves that life circumstances shape us but don't define us--and that families aren't born, they're made...
Read more
Other Formats: Audible Audiobook , Library Binding , Paperback