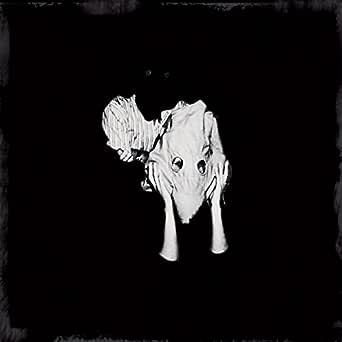 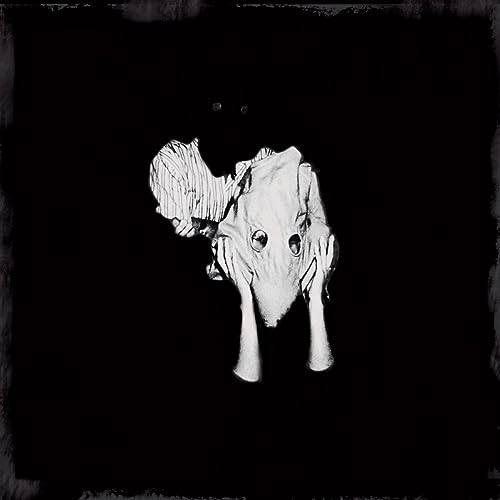 4.4 out of 5 stars
4.4 out of 5
277 global ratings
How are ratings calculated?
To calculate the overall star rating and percentage breakdown by star, we don’t use a simple average. Instead, our system considers things like how recent a review is and if the reviewer bought the item on Amazon. It also analyzes reviews to verify trustworthiness.
Top reviews

Skyeleo
5.0 out of 5 stars In TOTAL Icelandic LOVE
Reviewed in the United States on November 10, 2013
Verified Purchase
I just want to humbly add my 'AMEN' to all the many positive reviews of this fine album, KVEIKUR(I think it means 'burning ember'?!)As a lover of TAKK's sort of military sound on the first cut, & the way they love to shower us in sound, I was hoping for more of those kinds of sound waves & was not disappointed.
I love that Jonsi's boyfriend, Alex Somers was part of the recording & mixing process, perhaps being responsible for some of the interesting new sound elements: Moments of roaring machines-or what are they...? Lots of space-travel-take offs and landings--or is it...? - It's your call... Loads of beautiful harmonies & rounds. This albums takes you away & you happily travel...There are quiet times as well... I cannot stop listening to it. It plays in my mind all the time now-and it' s welcome there :)
My husband & I had the honor of seeing the "Voice of God Band" last spring, practically in our backyard. They were on FIRE! They blew out almost every song, and blew us away in the process. I knew they could rock-but they really went for it & it was GORGEOUS. The crowd was properly enthralled. So I've been dying to get my hands on this album ever-since.
So if you love their normally more sometimes soothing sound- should you still get this album? Are you fan-enough to appreciate their fresh new rock twist?
Here's a little test:
Do you love to play SR & imagine yourself on a journey with them?! CHECK! (this one rocks,but it's a story that unfolds & sweeps you up on it's spikey -sounding wings & brings peace with it)
Do you have to sing along even though you have no idea what the words mean? CHECK!
Do you bond with other fans by saying things like "YES! I love that song too! Well, I can't pronounce it...but YOU know what I mean." ~ (And the fellow Rossie solemnly nods & answers "YEAH.") CHECK!
Do you endure your big brother's gentle mockery of Jonsi's incredible falsetto b/c, poor thing, he doesn't get it?! CHECK!
Do you know them so well, you even went to see Jonsi live without the band, with his wonderful bf, Alex? CHECK! (ok I did that! lol)
If you can say "CHECK!" to most of these, you ARE indeed fan-enough to love this album. Congrats-& GO!!!
And this is from a fan who HAS to play & sing along with them on the sweet, not-very-rock "With Buzzing in our Ears we Play Endlessly." Every single week.
...Yeah, I wrote it in English like that b/c I cannot remember how to spell it in Icelandic/ Hopelandic... but YOU get it.  Kveikur  CHECK!!! <3
Read more
One person found this helpful
Helpful
Comment Report abuse

TrueMusicLover2008
5.0 out of 5 stars Far from Anything Ordinary
Reviewed in the United States on September 9, 2013
Verified Purchase
I have been a Major Sigur Ros fan for Quite some Time. This album drives their sound into Interesting and rather New Territory. A Few of the songs are a little Harder than they've done Before, but that is what gives this CD such a Cool, Wild, and Haunting Feel. If you are a fan of their Softer, somewhat Laid Back Sound, I don't know what you will think of this one. However if you are anything like me, you are Very Willing to take a New Sonic Journey with a Much Loved Band like Sigur Ros. Now don't be too scared to try it if the first song sounds too Un-Sigur Ros for you, Give the CD a chance and I think you will be finding that you like it more than you thought you would. It is one of those Albums that is very... Out of the Ordinary, but once you really Get INTO IT you start realizing that eventhough it seems Tumultuous you will start to find a Slightly Odd Calmness to it. Even in the Harder Tracks. Cause as you know [that is if you are already a fan] the Lead Singer's Lilting and Soaring voice is one that can take a Driving Beat and turn it into a Oddly Beautiful piece of music that can take you to places that you wouldn't expect that kind of Beat could take you. If you are Not already a fan, this may not be the Best Place to start, but if you want to get turned on to their sound with something a little Unorthodox for the band, before moving on to their other sounds, Feel Free, just know that this isn't their NORMAL Sound. But it is still in True Sigur Ros Form. Give it a shot, and see what You Think Yourself instead of taking only MY WORD for it.
Read more
Helpful
Comment Report abuse

Pat Pugh
4.0 out of 5 stars A good try
Reviewed in the United States on August 12, 2013
Verified Purchase
Sigur Ros' new album is a worthy successor to last year's Valtari. Where Valtari was for the most part consonant and quietly distressed, Kveikur is dissonant and at times fairly agressive. The album starts off with Brennisteinn a pulsing near-industrial sound foregoing the often-associated keyboards and pianos that have littered nearly all of this band's past entries. It's a welcome, albeit jarring, introduction to what is to be expected from this new album. Gone are the melodic piano accompaniments of Kjartan Sveinsson who parted from the band before the start of this new album, but that's not to say that the piano is completely absent, nor are the string accompaniments that sometimes break the thudding drive of some of the more aggressive offerings. This is Sigur Ros' first real walk into new territory. As much diversity as they have had before throughout their past six albums, this feels like the first album that they have truly stepped beyond what is expected of them, and perhaps even what they'd come to expect from themselves. To sum up, I was not disappointed, but it did take some getting used to, and it meandered a little in the last couple of tracks.
Read more
Helpful
Comment Report abuse
See all reviews

Peace Man
5.0 out of 5 stars Less lush, more clout
Reviewed in the United Kingdom on July 12, 2017
Verified Purchase
A brave move by Sigur Ros. It would have been easy to stick to the well-tried formula, but the change in mood and direction on this album takes them a big step forward. There is plenty of great music on here, but a little less beauty and a bit more power and darkness than before. If it first comes as a surprise, keep listening and you will be amazed at the wonderful secrets in this release, A fine piece of music.
Read more
4 people found this helpful
Report abuse

Owen
5.0 out of 5 stars Fantastic, just fantastic.
Reviewed in the United Kingdom on January 28, 2014
Verified Purchase
I couldn't say I have ever been a huge Sigur Ros fan, but I am familiar with their more well known work such as Svefn-g-englar, Hoppipolla & Njosnavelin (listen to them if you're unfamiliar with them!!), so this album probably was a bit of a toe in the water for me. But I was absolutely blown away by all of it & I fell in love with the album straight away (not something I am prone to do) & there is so much which is so good, particularly Brennisteinn, Ísjaki & Kveikur, simple but great drum beats, some really strange sounds that really fit & it has all the quality of just letting you drift off.

So how good is it really from someone who was a not really a fan? Well, I bought all their other albums based on this one, I am so pleased to have found something so very unique from a band who have been around for years & I have become a fan. Just buy it, you wont be disappointed.
Read more
2 people found this helpful
Report abuse

JustLetMeReadThisChapter
5.0 out of 5 stars A harder sound but beautiful none the less
Reviewed in the United Kingdom on April 4, 2017
Verified Purchase
I'm used to far calmer, almost ethereal and sweeping music from Sigur Ros so this was a big change! It rapidly became a firm favourite and as much as I love Takk and Med Sud etc, this is an album that gets played frequently and I don't think I have just one stand out track although 'Brennisteinn' is fantastic,

So if you love Sigur Ros but sometimes wish they were a little harder this may be the album for you!
Read more
One person found this helpful
Report abuse

Arkwright
2.0 out of 5 stars Just plain dark
Reviewed in the United Kingdom on November 18, 2018
Verified Purchase
I love Sigur Ros, I do, got the lot but this is just depressing, miss the days of Takk and () which were upbeat. Don't use this as your first taste of Sigur Ros
Read more
One person found this helpful
Report abuse

Vin
4.0 out of 5 stars A worthy addition to any album collection.
Reviewed in the United Kingdom on January 7, 2014
Verified Purchase
As an occasional listener of Sigur Ros rather than a fan, I do like this album as it has an edge that separates it from their earlier offerings in a way which adds even more to their style. It is certainly worth a listen. I purchased the Vinyl version and can promise that in conjunction with a pretty decent turntable and equipment, Sigur Ros sound great.
Read more
3 people found this helpful
Report abuse
See all reviews