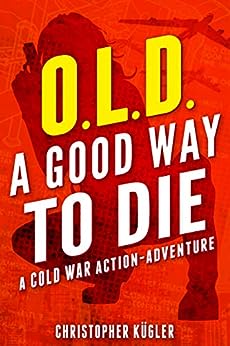 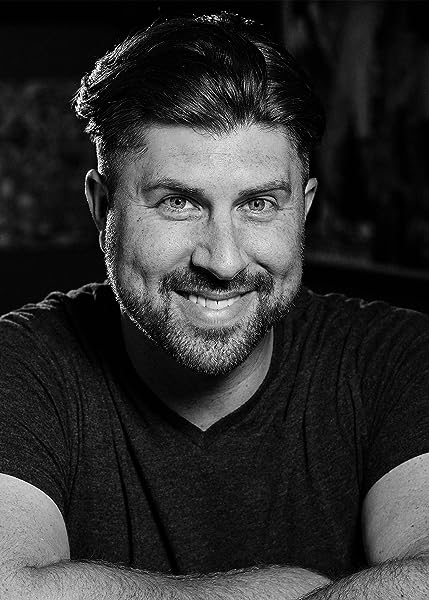 Heather Prachniak
5.0 out of 5 stars This is a book for everyone...an enjoyable read that provides something for fans of all genres!
Reviewed in the United States on July 16, 2020
Verified Purchase
The idea that spy stories are male dominant tales has been somewhat intrinsically interwoven in the fabric of literature dating back over a century. True, you have stories about spies which include women, but those typically include romantic interludes and side stories. The main and central female characters in the majority of spy movies and most other novels tend to be helpless or in need of one of the central male characters in some way. O.L.D. does a great job of playing on these stereotypes and then smashing them to pieces with one of the baddest and boldest women in the spy genre.

This book is highly entertaining from start to finish, and it provides an immediate hook. There is no wasted time in background or establishing backstories, instead this is all provided throughout and interwoven seamlessly (this would make a GREAT MOVIE!). The book provides a nostalgic homage to cold war era espionage while dishing out something for everyone--from action to comedy, to romance and SciFi. The Author provides wonderful and rich narratives which really showcase the depth he went to with his research and understanding of the places and times he was writing about. It is a very quick and light read, perfect for a day or two on the beach or pool side. And if digital isn't for you, I would really recommend you consider the paperback, as the artwork and cover would make a great addition to any bookshelf or coffee table. No spoilers here, but theres also a nice springboard to a potential series moving forward...(hint, hint Christopher Kugler!).
Read more
4 people found this helpful
Helpful
Report abuse

Joseph
5.0 out of 5 stars A fast paced fun adventure
Reviewed in the United States on October 13, 2020
Verified Purchase
I really enjoyed this book. This was surprising (to me) because in general I do not prefer action novels. But Chris added enough history and information that while reading it i was actually learning a lot, and this journey became even more than an action packed spy novel. Hunter Gunn was an incredible lead character and the supporitng characters were all iequally nteresting. Particularly the personality traits of the historical figures that we loved or loathed, the Reagans, were very entertaining as they played hilarious roles in the turning of world events. The book moved quickly and it never got boring or had a slow patch - I challenge you to read a few chapters and then quit. In summary : Just give it a read - you'll have a blast!!
Read more
Helpful
Report abuse

James Hunter
5.0 out of 5 stars Get ready for a wild ride!
Reviewed in the United States on January 14, 2021
Verified Purchase
A blend of comedy, action/thriller and historical fact mixed in ways that will make you laugh and, at the same time, worry about our world's political systems. Kügler's research into the Cold War is meticulous, and it has been masterfully woven into this spy adventure. The characterizations of historical people and situations are often amusing, but it is Hunter Gunne who really rocks this story. Hunter's skills make James Bond look like a two-dimensional hack! To anyone who grew up in the 80s, this is your history as you never saw it before.
Read more
Helpful
Report abuse

Amazon Customer
5.0 out of 5 stars Action packed! A must read!
Reviewed in the United States on December 3, 2020
Verified Purchase
I loved this book! A gripping, page turning, spy novel that takes you back in time to a Ronald Reagan administration and whisks you from the White House, to Alaska, and beyond! Some great twists throughout the book and really great characters leading you along the way! Adventure, sci-fi, accurate historical fact turned into alternate history, and a romance to boot, this book has it all! It's also so vivid, can picture it as a great movie! I look forward to more O.L.D adventures with Hunter and Steven! Highly recommend!
Read more
Helpful
Report abuse

Hack Riven
5.0 out of 5 stars A very fun read.
Reviewed in the United States on July 26, 2020
Verified Purchase
The pace starts off fast and remains steady, thanks to the author skillfully interspersing character backgrounds and interesting historical details (a wonderful component of the book) as the plot hurtles along. The main characters are both relatable and extraordinary - you want them to succeed. Recommended!
Read more
One person found this helpful
Helpful
Report abuse

Alicia Starr
5.0 out of 5 stars Could not put this book down
Reviewed in the United States on November 16, 2020
Verified Purchase
BUY THIS BOOK! O.L.D. pulls you in within the first chapter and keeps you engaged until the final page. Romance - check, History - check, Fight scenes - check, Mystery - check, Travel - check, Classic Cars - check -- there is really something for everyone. Plus -- you learn history, without even realizing that you are learning about history! Super bonus! All of this wrapped up in an adventure story unlike anything that you have ever read. One can only hope for the sequel! 5 stars. This is an author to follow.
Read more
Helpful
Report abuse

Jennifer Delozier
5.0 out of 5 stars A bold debut
Reviewed in the United States on July 18, 2020
Verified Purchase
An impressive, ambitious debut sure to appeal to fans of high-action spy novels. O.L.D. has the bones of Ian Fleming's Bond novels updated with an 80's vibe and minus the chauvinism. Steven and Hunter make a dynamic duo. I hope to see them in action again!
Read more
One person found this helpful
Helpful
Report abuse

Lagoon
1.0 out of 5 stars Weird. And not in a good way.
Reviewed in the United Kingdom on June 18, 2021
Verified Purchase
This is just the most bizarre book. It started off promisingly enough with a Bondesque style shootout in a remote lodge but then segued into an autobiography of Ronald Reagan. From that point onwards, it was just daft.

Clearly the author has a deep interest in ridding the world of nuclear weapons and that is laudable. I’m not a fan of writers pushing their personal agendas through fictional books but if they are going to do so, at least make the book entertaining.
Read more
Report abuse
See all reviews