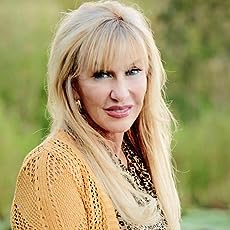 L. L. Eadie is passionate about writing and reading - especially for young adults. Before she was published her works earned her a couple Florida Writers' Association's Royal Palm Literary Awards. She credits her success not only for being an active member of both FWA and the Society of Children's Book Writers and Illustrators, but also belonging to several critique groups over the past ten plus years she's been writing.

She is a proud Gator graduate of the University of Florida - holding a Bachelor of Arts degree in Education. She taught numerous years, grades, subjects, and children.

She is inspired daily and often nightly when her muse wakes her with a fabulous new idea or pressing story to be written.

She is currently in the process of republishing all of her backlist of books, working on new material every day as well as working with a writer's group called the Lively Literary Ladies through video conferencing.
Read more 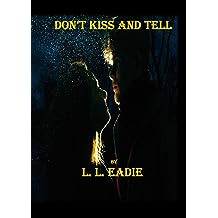 Don't Kiss and Tell Jul 31, 2020
by LL Eadie
$4.95
Ever since Coral Anderson started high school her life has been a nightmare. Her best friend has made all the right moves: cheerleading, haircut, make-up, and a boyfriend. As hard as Coral tries, she is pushed further to the front of the school bus.However, Coral believes after meeting Mr. Patterson, the Algebra teacher her luck has changed. There is hope - a secret relationship, a shoulder to cry upon, and his lips to kiss.
Read more
Other Formats: Paperback 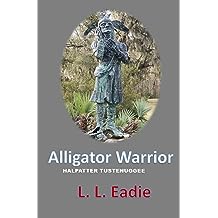 ALLIGATOR WARRIOR: HALPATTER TUSTENUGGEE Apr 2, 2020
by L.L. Eadie
$4.49
Historical fiction account written for children about a Seminole Indian known as Alligator Warrior (Halpatter Tustenuggee). Follow him from the time he is a child living peacefully along the banks of Big Lake in Alligator Town (Halpata Tolophka) later known as Lake City throughout his lifetime. Trace his steps through the First and Second Seminole Wars, through his capture and being forced to move to the Indian Territory – only having to share the land with another tribe, and then secretly escaping from the territory to Mexico where it is believed he passed away.
Read more
Other Formats: Paperback 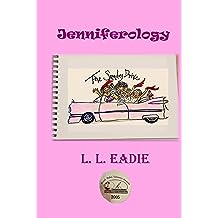 Jenniferology Sep 24, 2020
by LL Eadie
$4.99
Fifteen-year-old Jennifer Brice Hamilton has been subjected to her mother’s new way of life ever since her parents’ divorce two years earlier – a move to a lower tax bracket in Chicago, an undesirable school and her mother’s newest boyfriend – Phil. Jennifer rebels. Her mother’s answer to the “handful-slash-Jennifer” is to pack her up and send her to her grandma’s, whom Jennifer has not seen in almost three years. Her mother’s lusty plan is for Jennifer to reside there till Christmas.Jennifer captures her life in Flamingo Junction, Florida with her grandmother in an ongoing diary of sorts – a sketchbook that she has titled JENNIFEROLGY – THE STUDY OF JENNIFER.Jennifer’s grandmother, Mama Rudeen, lives in a retirement community called Camelot in north Florida. Mama Rudeen is not what Jennifer expected, nor are her grandmother’s friends – the gals: Miss Maggie Pearl, Miss Addie, and Miss Gaynell…and the guy – Sir Stuckie. Jennifer envisioned octogenarians sitting around waiting to take their last breath. She discovers that retirees have a zest for life. And, more importantly, they defined to Jennifer what unconditional love truly means.Maybe it takes a retirement village to raise a child.
Read more
Other Formats: Paperback 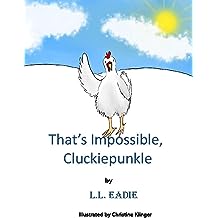 That’s Impossible, Cluckiepunkle! Jun 22, 2020
by L L Eadie , Christine Klinger
$3.99
What's a poor chicken to do when he realizes he wants more in life than just pecking at the ground, laying some eggs, and possibly get eaten in his near future? Exploring the possibilities even when his friend tells him to just be a regular chicken is what we should all strive to do. Younger children will adore the illustrations as well as the story. Nothing is impossible!
Read more
Other Formats: Paperback 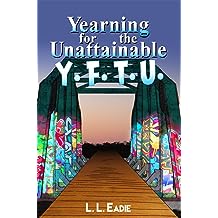 Eadie’s gift for understanding the adolescent heart is on full display … in this delicious witch’s brew of southern gothic, paranormal romance and realistic contemporary. The town of Wiregrass is a character in itself with its whispers, horrors and secrets. And at the heart of it all is Gentry, the newcomer, who innocently looks for love, but instead is drawn into a portal that nearly takes her life. -Joyce Sweeney on Yearning for the Unattainable

Eadie’s work stands out from the usual teen novel. Written in a light, easy style Tuesday’s story of emotional emancipation is one that any teenager can appreciate. -Kirkus Reviews on Mistaken Identity

A love story mixed with tragedy and humor. Secrets and broken promises from the author’s youth (and from all teenagers’ lives) prompted Eadie to write this story. She hopes her readers will see themselves in her characters and be able to feel their emotions—recognize them—relate to them—laugh and cry with them.

L. L. Eadie is a member of the Society of Children’s Book Writers and Illustrators and the Florida Writers’ Association. She has been rewarded with the FWA’s Royal Palm Literary Awards for her unpublished young adult novels. It was not until she left teaching that she rediscovered her passion for writing. In 2013 her first young adult novel was published by Cricket Cottage—Mistaken Identity. Eadie resides in Florida, where she enjoys the beaches, college football and her family. 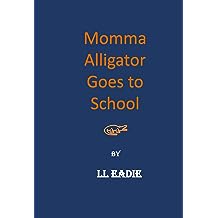 Momma Alligator Goes To School May 21, 2020
by LL Eadie
$3.99
Children's story of a momma alligator going back to school to get her college degree. Her husband and children do their best to cope and help where they can.
Read more
Other Formats: Paperback 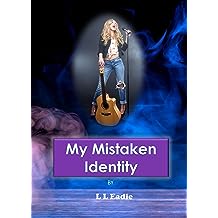 My Mistaken Identity: Enhanced and Revised Apr 13, 2020
by LL Eadie
$4.95
Tuesday is a beautiful, talented and obedient child star, ordered around by her bipolar stage mother, Constance, and her agent, Uncle Monty. The two adults are Tuesday’s entire, lonely, rule-filled world until the singer meets Zelda—the daughter of Tuesday’s housekeeper and a fellow teenager—who plots to show Tuesday a good time. Horrified by Tuesday’s sheltered and puritanical life, Zelda compels her to re-examine the way her mother pushes her around, spending her daughter’s money and not allowing her any freedom. The two grow close as Tuesday recognizes how isolated she has become, having only her song lyrics for solace. Under Zelda’s influence, Tuesday begins to fight back, demanding to change her image from a clean-cut role model for tweens to an edgy rocker who sings about harsh, personal conflicts. As Constance plans for Tuesday to sing a new, wholesome song at a prom, Zelda becomes even more important as a supportive friend who encourages the young star to think for herself. The singer then meets Brady Paul, a good-looking boy at the high school where she will be performing, and she realizes that, with Zelda by her side, she can discover all kinds of new ways to get what she wants. Written in a light, easy style, Tuesday’s story of emotional emancipation is one that any teenager can appreciate. Eadie’s work stands out from the usual teen novel: It doesn’t glamorize Tuesday’s celebrity life but highlights the loneliness it brings. The protagonist is a well-drawn, likable heroine whose impossible home life makes her sympathetic.
Read more
Other Formats: Paperback 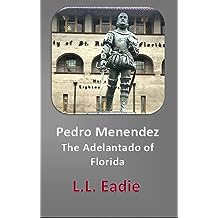 Pedro Menendez: The Adelantado of Florida Mar 31, 2020
by LL Eadie
$4.99
Pedro Menendez sailed to Florida on his flagship, the San Pelayo, named after a knight who had successfully defeated the Spanish Moors 850 years earlier. There were twenty cabin boys on board the San Pelayo.

Ship boys or cabin boys were from ages eleven to thirteen. Many boys were from poor families who could neither clothe nor feed them. They were servants to the officers and worked long hours, often doing the necessary dirty work onboard the ships.

This courageous story is told through the eyes of one such fictitious cabin boy named Rocco that would witness the first Thanksgiving on September 8, 1565. This historic event would take place 42 years before Jamestown was settled and 55 years before the Pilgrims landed at Plymouth Rock. Today a 208’ cross marks the spot where the landing happened.

Rocco would also follow Menendez on his voyage to chart Florida’s coastline, destroy the French fort in Florida, evangelize the Florida Indians, and colonize Florida in the name of the King of Spain – King Philip II.

Menendez was also searching for his missing son Juan. His son’s fleet of thirteen ships scattered in a storm off the coast of Florida five years earlier. Only eight ships returned to Spain.

All of this true tale is told through the eyes of a child, but backed up with historical notes, character reference guide, a timeline, nautical terminology, and a bibliography.