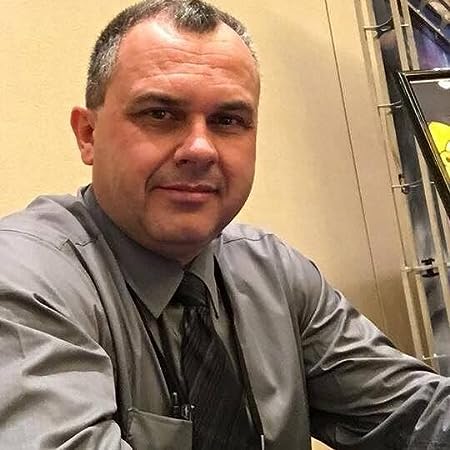 L. Sheldon Oldford is a ancient alien theorist and a former evangelical minister. He has over twenty-one years in pentecostal christian ministry and has served in such capacities as church usher, Sunday school teacher, head of street ministry, new converts pastor, prison ministry pastor, youth pastor, and evangelism preacher. He also has over twenty years in law enforcement by serving in such assignments as Corrections Officer for Arizona's death row, prison gang and mental health units to Patrol Deputy and Detective in Domestic Violence and Narcotics. He is currently a Arizona Police Officer and Standards certified instructor, Field Training Officer and has testified as an expert witness for the Arizona Superior Court. During his years in law enforcement, L. Sheldon Oldford questioned his beliefs about religion, God and the Bible. Using his training and experience, he analyzed and critiqued the Bible by questioning it's many discrepancies, which led him to write his first book called, Let Us Descend: The Biblical First Contact. He now believes that by the preponderance of the evidence, more likely than not, the biblical god and others are ancient astronauts from thousands of years ago. Mr. Oldford attends UFO conferences and has appeared many times as a guest on radio and podcasts promoting his book and the ancient alien theory. He is currently a co-host with author Joe Landry, on their weekly podcast called AlienTalk Podcast. He continues to write books based on the ancient astronaut theory. 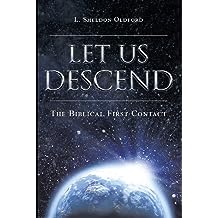 Advanced beings from somewhere in our galaxy descending on mountaintops, appeared to men in burning bushes. Angels, known as cherubim with four wings and wheels, flew with the sound of thunder. Beings, who ate, drank, and communicated with ancient biblical people, were Earth's first contact with an extraterrestrial civilization. We, the humans of today, refer to these beings as the God of the Bible. In this book, L. Sheldon Oldford compares the knowledge we have of science and technology to the characteristics of the biblical God as the unseen, ever-present, and all-knowing deity only to find that this being is more like a flesh-and-blood ancient astronaut. This astronaut arrived on Earth thousands of years ago and made contact with biblical figures, such as Adam, Abraham, Jacob, Moses, Ezekiel, Elijah, and Elisha, which brought about the establishment of moral and religious laws that set humanity on a course of needing a savior.

Could it be that Jesus Christ was an actual descendant of a flesh-and-blood father named Yahweh, a real-life ancient astronaut?

Could it be that the ancient alien theory is closer to the truth than any of Earth's religions?

Are we truly the product of an extraterrestrial race of giants, created in the image and likeness of them?