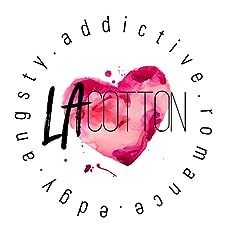 About L. A. Cotton

Author of mature young adult and new adult novels, L A is happiest writing the kind of books she loves to read: addictive stories full of teenage angst, tension, twists and turns.

Home is a small town in the middle of England where she currently juggles being a full-time writer with being a mother/referee to two little people. In her spare time (and when she's not camped out in front of the laptop) you'll most likely find L A immersed in a book, escaping the chaos that is life.
Read more 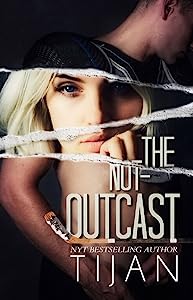 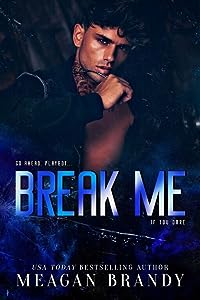 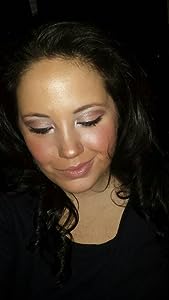 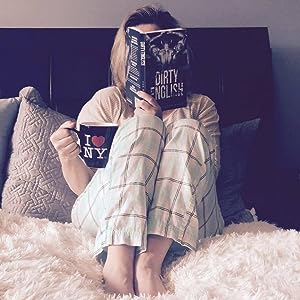 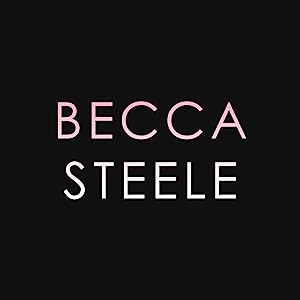 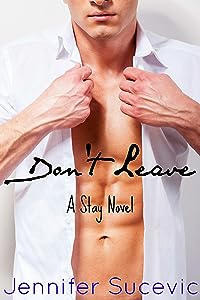 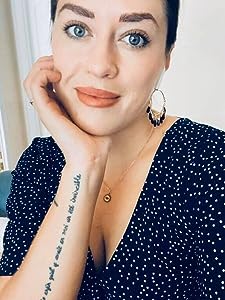 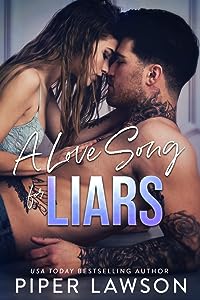 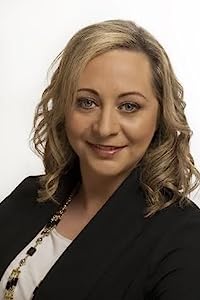 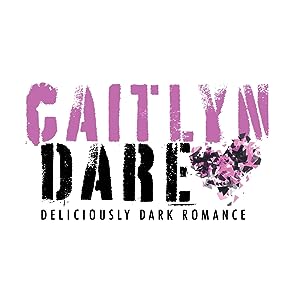 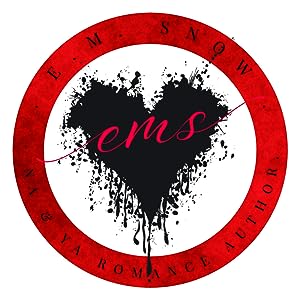 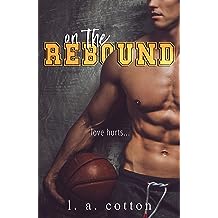 They say your first love leaves a mark.

For Calliope James it didn't only leave a mark, it tore out her heart and left it bleeding on the ground.

He was her best friend.
Her first kiss.
Her everything.

Until one day, he wasn't.

Zachary Messiah will never forget the girl with eyes the color of whiskey. But he's not that boy anymore.

Their paths were never supposed to cross again. But love doesn't always play by the rules.

Now he's the King of Steinbeck University and she's the new girl on campus ... and the pasts they have fought so hard to bury are about to collide.

Only this time, they might not survive the fallout.

On the Rebound is a 100,000 word standalone romance. Content is suitable for readers 17+
Read more
Other Formats: Paperback 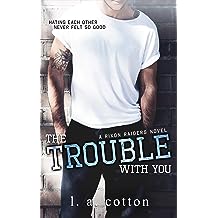 The Trouble With You: A Best Friend's Sister Romance (Rixon Raiders Book 1) Jun 19, 2019
by L A Cotton
( 761 )
$3.99
From the author of the Wicked Bay series, comes an angsty YA/NA enemies-to-lovers romance. Cocky football players, school rivalry, and the girls who get in their way. Get ready … The Raiders are coming!

Hailee Raine only has to survive one more year.

One year of life in her football obsessed town.
One year of nauseating school spirit.
Just one more year of her cruel step-brother Jason; and his cocky, arrogant, football-playing friends.
She hates them. Especially, Cameron Chase, the guy she thought was different.

Cameron Chase has the world at his feet.

He has it all; good looks, talent, and the charm to go with it.
He has colleges lined up at the door, all wanting a piece of Rixon Raiders star wide receiver.
Until something threatens everything he's ever worked for, and only one person can quiet the war raging inside him.
But he's supposed to hate her; his best friend's sister.

Then Hailee finds herself in the middle of a football prank gone wrong...

And suddenly hating each other never felt so good.

The Trouble With Youis the first book in The Rixon Raiders series. All books in this series can be read as standalones! 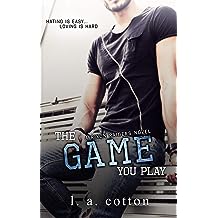 Lose her virginity.
Meet her knight-in-shining-armor and fall in love.
Have the best senior year a girl can have.
The only problem? Her knight isn't a saint, he's a villain, and she's pretty sure he'll destroy her before ever handing over a piece of his heart.

Jason Ford has a plan.

Win State and go down as one of the most successful Quarterbacks in Rixon Raider history.
Head off to college and pursue his dream of being drafted to the NFL.
Avoid the girl under his skin. Felicity Giles, his stepsister's best friend and perpetual pain in his ass.

She's annoying as hell.
Quirky.
She's a game to him, nothing more.

Until his arch rival comes after him and the few people he cares about ... and Felicity gets caught in the crossfire.

And suddenly hating her feels a whole lot like falling in love.
~
The Game You Play is the second book in The Rixon Raiders series. All books in this series can be read as standalones!

The Trouble With You
The Game You Play
The Harder You FallThe Endgame Is You (series epilogue, cannot be read as a standalone)
Read more
Other Formats: Audible Audiobook , Paperback 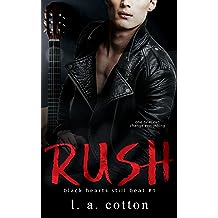 The sweetheart of Country is about to show the bad boys of Rock, it only takes a single beat for everything to change.

Evangeline Walker knows how quickly everything can change.

But nothing can prepare her for the moment she meets Rafe Hunter.

Those aren’t the reasons Eva should stay away from him though.

The fact he’s the bassist for America’s hottest rock band is the reason she should run and never look back.

Everyone knows the greatest love stories all start somewhere.

... this is their beginning.

Rush is the first book in Eva and Rafe's story. Rise: The Interlude, and Rule: The Finale are now available! 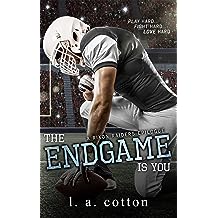 The time has come for Cameron, Jason, and Asher to hang up their Rixon Raider jerseys and head off to college with the girls they love.

But will their relationships stand the test of college life, new friendships, and most of all, football?

*The Endgame Is You is a Rixon Raiders Epilogue. It must be read after the other books in the series. 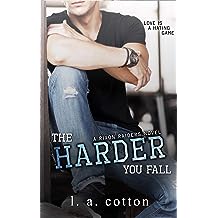 The kind that run deep and leave marks.
Rixon is only supposed to be a temporary place to hide, but it's quickly becoming something more.
She's almost certain it has nothing to do with the blond-haired, blue-eyed football player who makes her laugh. Who makes her believe in fairy tales again.
Even if she knows her life is destined to be nothing more than a tragedy.

Not the scandalous kind, but the ones that fester, slowly eating away at your soul.
On the face of it, he's Mr Popular, always down for a party and causing a little mayhem.
But on the inside, he just wants someone to see him. Really see him. Too bad the one girl who sees past his facade has already friend-zoned him.
It's probably for the best though.

She's different.
A fighter.
She's everything he wants but can never have.

Until Mya's past and Asher's present collide in ways neither of them saw coming.

And suddenly the thing you need most is the very thing you're supposed to hate.

The Harder You Fall is the third book in The Rixon Raiders series. All books in this series can be read as standalones!

The Trouble With You
The Game You Play
The Harder You Fall The Endgame Is You (a series epilogue, cannot be read as a standalone)
Read more
Other Formats: Audible Audiobook , Paperback 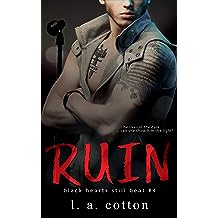 Working for America’s hottest rock band should be a dream come true for Phoebe Halstead.
And it would be, if it wasn’t for lead singer, Levi Hunter.
Tortured... Brooding... Broken. He’s everything she should stay away from.
Unfortunately for Phoebe, she’s exactly the kind of girl Levi needs. The light to his dark. The calm to his storm.
He wants to be worthy of her; she knows he’ll never change.
Everyone knows the greatest love stories end one of two ways:
... with a happily-ever-after or in heartache and ruin.
Read more
Other Formats: Paperback 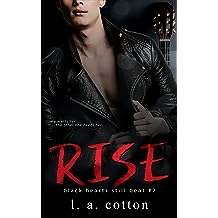 She didn’t expect to find herself torn between two brothers.

One wants her but he walked away before.

The other needs her but she doesn’t understand why.

It’s only time before the truth comes out, and when it does, nothing will be the same for Country’s newest sweetheart and the black-hearted boys of Rock.

Rise: The Interlude is the second installment of Eva and Rafe's story. The concluding book Rule: The Finale is coming soon! 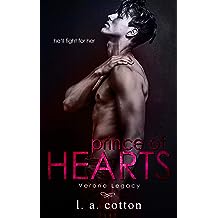 Arianne Capizola is her father’s daughter.

She’d rather spend her days helping at the local shelter than brushing shoulders with her vain and entitled classmates.

Niccolò Marchetti is his father’s son.

He’d rather spend his days getting bloody in the ring than attending class and keeping up pretences.

When their paths cross at Montague University neither of them are willing to drop the walls they’ve spent so long building. But he can’t resist the girl with stars in her eyes, and she can’t forget the guy who saved her that night.

There’s only one catch.

He is the enemy.

And their families are at war.

*Prince of Hearts in the first book in Nicco and Ari’s duet.  Due to mature content that some readers may find distressing, this book is recommended for readers 18+ 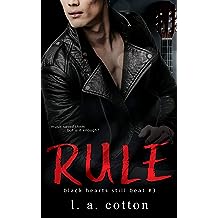 
Rafe Hunter thought he was destined for two things in life: playing guitar, and keeping his brother on the straight and narrow.

She makes him want to be better. Makes him dream of life after the band. But Black Hearts Still Beat is all he’s ever known.

Rafe wants a future with Eva but when you’re choosing between your heart and head, fame or the future, nothing is ever simple.

Music saved them, but is it finally time for Rafe to let his heart rule? Or will love be the ultimate downfall of Eva and her Black Hearted boys?
Read more
Other Formats: Audible Audiobook , Paperback 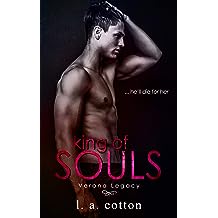 Arianne Capizola is living a lie.

She'd rather spend her days locked away on her father's estate than with the guy who stole her innocence: her fiancé.

Niccolò Marchetti is living a nightmare.

He'd do anything to save the girl he loves, even if it means paying the ultimate price.

As the truth surrounding their legacies begins to unravel, everything they thought they knew shatters. But Nicco will do anything to protect the girl who taught him how to love, and she will risk it all to save the guy who stole her heart.

The clock is ticking as old and new enemies close in.

Only this time, their love might not be enough to save them.

*King of Souls in the second book in Nicco and Ari’s duet. Due to mature content that some readers may find distressing, this book is recommended for readers 18+ 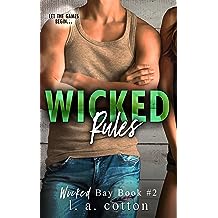 Lo Stone should be used to change by now. It's been her life for the last year, but how much can a girl take before the cracks begin to show? She knew being with Maverick wouldn't be easy, but she didn’t anticipate her life in Wicked Bay becoming a game of deceit and lies.

Maverick Prince risked everything for Lo, but it was worth it to see her smile. Only now he's painted a target on her back and he refuses to let that happen. The only way to protect her is to do what Prince's do best—play the game and stick to the rules.

Even if some rules are made to be broken.