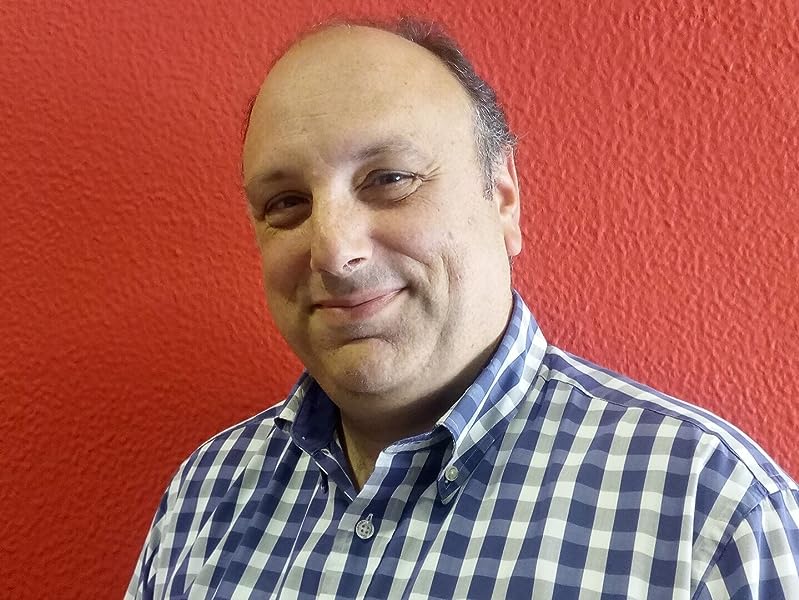 by Bruno Martins Soares (Author), Eanna Roberts (Editor)
4.5 out of 5 stars 10 ratings
Book 1 of 2: LAURA AND THE SHADOW KING
See all formats and editions
Sorry, there was a problem loading this page. Try again.

Humanity is dying. Much of the population is living in the wild like psychotic animals ravaged by a seemingly incurable disease. J.J. Berger and his Shadow Team are the defenders of the last remnants of Democracy, threatened by the sick and by the totalitarian forces in the East, wondering if theirs is a lost cause. On the Iberian southern plains, a flicker of hope sparks up, as a little girl and her mother flee their brutal captors towards the dim beacon of civilization still burning in the West.

With this new series, Bruno Martins Soares ventures into a post-apocalyptic world, where his action-filled breathtaking militaristic style rises to a different level, on the southern plains of Spain and Portugal.

While trying to stop an invading army of the East, Berger and his Special Forces operatives will battle organized gangs, hordes of the sick and mysterious suicidal terrorists. But maybe little Laura and her mother bring the answers and hope they have been longing for.

Bruno Martins Soares writes fiction since he was 12 years old, and his first book, 'O Massacre' (The Massacre), a collection of short stories, came out in Portugal in 1998.

It was followed by several contributions to newspapers, magazines, and other collective books.

In 1996, he won the National Young Creators Award for Writing, representing Portugal at the 1997 Torino Young Creators of Europe and the Mediterranean Fair, where his short-story 'Mindsweeper' was translated and published in Italian.

His first novel 'A Saga de Alex 9' (The Alex 9 Saga) was published in Portugal in 2012, by publisher Saída de Emergência, within a series that features authors like George R.R.Martin or Bernard Cornwell. The Portuguese version of 'The Dark Sea War Chronicles' (A Batalha da Escuridão) was published by Editorial Divergência.

He worked in Project Development for Television and was a journalist and a communications, HR and management consultant before settling as a writer. He was also an international correspondent in Portugal for Jane's Defense Weekly and a researcher for The Washington Post. He wrote several plays and short and full-length pictures' screenplays, and he wrote and produced English-spoken Castaway Entertainment's full-length feature film 'Regret', distributed in the USA and Canada in 2015. He lives and works in Lisbon.

Nuno
5.0 out of 5 stars Zombies at our door
Reviewed in the United States 🇺🇸 on February 14, 2019
Verified Purchase
Soares is one of the greatest Portuguese contemporary writers. After some short stories and a space epic, seeing his writing back to our land in such a large adventure is quite appealing. The title is unusual and definitively gives a wrong idea to the reader. This is not a story about a woman and some kind of demon. This is a story about humans and the humanity that remains when society collapses.
This world is almost like ours. Places haven't changed, but people did. Society as we know it collapsed. There are two main villain groups, but the detail of the small tribes that fight to survive - away from the old models of political alliances but faithful to their local societies - the fifth column unbalancing the fight, and the personal dramas around each individual, turn this book into a very complete story. The language is involving and quite visual, you can see the action in front of your eyes. There is a particular sequence when the soldiers are moving into a building that you can almost feel the despair. It shows that Soares is a scriptwriter and thinks most books as cinema, even if this will never find a way to cinema. On one side you have a soldier and team leader, almost a legend that can't afford to feel. He has to fight and complete mission after mission like a machine. And to balance the testosterone there is Paige, the craziest character of the book, always with a wicked saying that keeps our brain on alert and amused. She reminds me of some female characters of the 50s, but is also the most XXI century a woman can be. In a Europe that regressed to barbarism and where women are treated as a commodity, she fights alongside men as their equal. As if it is the list spark of civilization they were fighting for.
This book closes quite well and is a very decent standalone product, but I can't wait to see what the future holds for the survivors.
Read more
2 people found this helpful
Helpful
Report abuse

Joana C.
4.0 out of 5 stars Entertaining read
Reviewed in the United States 🇺🇸 on November 6, 2021
Verified Purchase
Read it in a brease. It's entertaining amd for the most part easy to read. There are one or other instance where a phrase needs to be read more than once, what makes the flow of the reading stop, but it's not something that greatly affects the book. Also liked to see a distopic world where the action doesn't occur in the same place as all the other books. Loved the little details regarding Portugal and hope to read the sequel as soon as possible!
Read more
Helpful
Report abuse

David Santos
4.0 out of 5 stars Militaristic post apocalyptic novel set in Portugal
Reviewed in the United States 🇺🇸 on February 10, 2019
Verified Purchase
I don't like zombies. I think the zombie is sort of a dumb concept. Nevertheless I ended up liking many apocalyptic novels, since they layout a perfect scene to explore human nature.
In this novel the author has reversed the usual zombie troupe. Bruno's zombies do make sense, but the story is more of a militaristic guided tour over post apocalyptic Portugal.
Don't get me wrong, it's a well built with enjoyable characters. But I can't stop feeling it shies from asking important questions.
Despite the fantasy evoking title, Laura and the Shadow King is a geopolitical exercise on what could become of Europe in the aftermath of an epidemic outbreak. It makes a fast and easy read, bonus points if you ever been to Portugal.
Read more
One person found this helpful
Helpful
Report abuse

Pedro R.
5.0 out of 5 stars Zombies and the last of us
Reviewed in the United States 🇺🇸 on February 19, 2019
Verified Purchase
Bruno creates in this book his own version of what the world can become after a global devastating turmoil.
It's about zombies? Well....yeah. But not your usual tale about zombie attack survival, an arc that most of us have already seen before. This is a story that mixes brilliantly, in my opinion, zombies, geopolitical issues, real human feelings and military action.
As another reviewer posted, Bruno IS a scriptwriter, and we can almost taste a script coming out of this story and be turned into film. I'm eager to know what comes next. Read this book!!!!
Read more
One person found this helpful
Helpful
Report abuse

Iara Camões Silva
5.0 out of 5 stars Excellent from beginning to end
Reviewed in the United States 🇺🇸 on February 14, 2019
Verified Purchase
Laura and the Shadow King is an action-packed book that makes our heart race. It’s a thriller with not only wonderful characters but also a fulfilling and interesting story. I would usually not like the theme, but I found it excellent from beginning to end. I’ve read other works from the same author and I can say that this one is for sure my favorite. I will be anxiously waiting for the next volume.
Read more
One person found this helpful
Helpful
Report abuse

Fernando Antunes
5.0 out of 5 stars It's like being inside a movie
Reviewed in the United States 🇺🇸 on February 15, 2019
Verified Purchase
Bruno masters the suspense creation.
In the action that starts building we are taking inside the characters step by step, but each step accelerates quickly as we go along.
There is a moment we can't slow down reading as we are really wishing to know how our characters will get out of the danger, and than when we want to know more we are obliged to wait for the second part.
Read more
One person found this helpful
Helpful
Report abuse
See all reviews