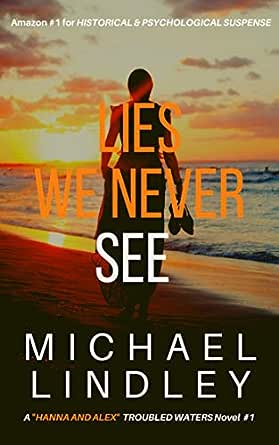 You've subscribed to The Troubled Waters Suspense Thriller Series! We will preorder your items within 24 hours of when they become available. When new books are released, we'll charge your default payment method for the lowest price available during the pre-order period.
Update your device or payment method, cancel individual pre-orders or your subscription at
Your Memberships & Subscriptions
There was an error. We were unable to process your subscription due to an error. Please refresh and try again. 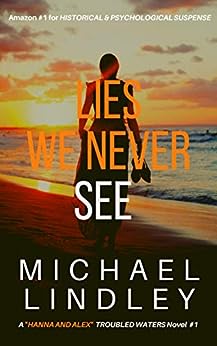 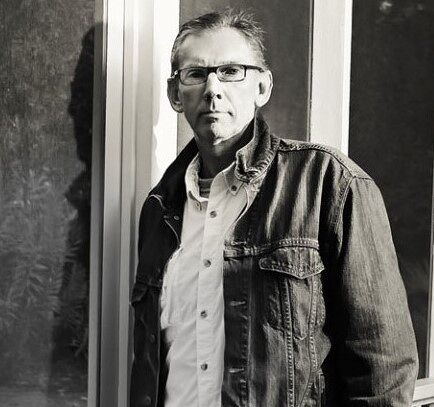 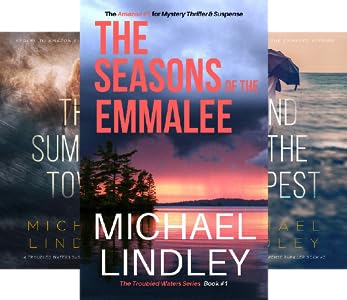 Michael Lindley is a novelist and magazine feature writer living in Michigan, with occasional forays to Florida and Colorado. His first three novels are works of historical fiction, family sagas, mystery and suspense, all set in the early 20th century and present times. His first book, THE EMMALEE AFFAIRS, was re-launched as a new eBook and has risen on numerous occasions to as high as #1 on the Amazon/Kindle rankings for Mystery Thrillers and Suspense/Thrillers/Historical.
The book is currently available for free to introduce readers to Michael's work and for a limited time, each copy downloaded on Amazon has a special free offer on the sequel, "The Summer Town.".. all in advance of the release of the next novel in his "Troubled Waters" suspense thriller series in the coming months.
His past three books move to Charleston, Pawleys Island and the fictional Dugganville, South Carolina for the continuing story of attorney, Hanna Walsh and police detective, Alex Frank, as they come up against dark forces and dangerous crime elements that threaten both their growing relationship as well as their lives.  Michael is currently at work on his sixth novel, DEATH ON THE NEW MOON, which will debut on June 21, 2019 on Amazon.

Michael Lindley is a novelist and magazine feature writer living in Michigan, with occasional forays to Florida and Colorado. His first three novels are works of historical fiction, family sagas, mystery and suspense, all set in the early 20th century and present times. His first book, THE SEASONS OF THE EMMALEE, was re-launched as a new eBook and has recently risen twice to as high as #1 on the Amazon/Kindle rankings for Mystery Thrillers and Suspense/Thrillers/Historical. The book is currently available for free to introduce readers to Michael's work and for a limited time, each copy downloaded on Amazon has a special free offer on the sequel, "The Summer Town.".. all in advance of the release of his new fourth novel in the coming months. Michael is currently at work on his fourth novel where a South Carolina woman, struggling to endure the loss of her husband and financial ruin, finds an old journal from a distant grandmother who suffered a similar path of hardship and betrayal. LIES WE NEVER SEE will debut on March 9, on Amazon. When not at work on his next novel, Michael can be found on secluded trout streams or walking his English Setter, Will. --This text refers to an out of print or unavailable edition of this title.
Read more

4.2 out of 5 stars
4.2 out of 5
57 global ratings
How are ratings calculated?
To calculate the overall star rating and percentage breakdown by star, we don’t use a simple average. Instead, our system considers things like how recent a review is and if the reviewer bought the item on Amazon. It also analyzes reviews to verify trustworthiness.
Top reviews

aly chalmers
5.0 out of 5 stars Couldn't guess the ending. My favorite type of book.
Reviewed in the United States on March 22, 2018
Verified Purchase
Suspenseful to the end. Great story line with well rounded characters. Authors research concerning the stories background, rice plantations in the Southern Coastal States and availability of coffee during the story's time period, added much to my enjoyment. Book contained several edge of my seat moments. Great read. In my opinion this is the Best one of Michael Lindley's books so far and am finding myself eagerly awaiting his next book.
Read more
4 people found this helpful
Helpful
Report abuse

Elizabeth
2.0 out of 5 stars Clumps of pages are missing in this book :(
Reviewed in the United States on November 1, 2018
Verified Purchase
I love this writer and his books are wonderful. I was looking forward to reading this book, but clumps of pages are completely missing, even after reading a few pages at the beginning of the book I found it skipped many pages and started in another area of the story. This must have to do with the editing of the book I received. It is unacceptable. The book will have to be recent with the story and pages intact. What a disappointment!
Read more
5 people found this helpful
Helpful
Report abuse

L. Hampton
4.0 out of 5 stars What a web of deceivers
Reviewed in the United States on August 28, 2019
Verified Purchase
I enjoyed this book and the unique writing style where the author alternated between Hanna's story today and her relative's story from the Civil War era. It showed how sometimes current events can mimic the past. It was also like getting two stories in one. I liked the characters, storyline and pace. The end was somewhat of a surprise - I knew there was going to be someone else but wasn't sure who it was going to be. I haven't read any of this author's work before but will be reading more now. Recommend if you like suspense/romantic suspense/historic romantic suspense.
Read more
Helpful
Report abuse

(Rachelle) Rae Long
4.0 out of 5 stars From the Low Country of SC,
Reviewed in the United States on July 26, 2019
Verified Purchase
I have read one other book by this author and was pleasantly happy after reading this one. Set in the Low Country of South Carolina, the descriptions so eloquently written of the countryside and region helps the reader 'see' the area dancing across the pages. Building upon generations of a family, from the 1800's to the present day; the characters find themselves in very realistic and same predicaments. A great summer read for me. I would recommend it to anyone.
Read more
Helpful
Report abuse

Bookzilla
TOP 1000 REVIEWER
1.0 out of 5 stars Quit reading
Reviewed in the United States on June 9, 2019
Verified Purchase
Easy to follow dual time frames. I did not notice any editing errors in the few chapters I read.

This story bounces between present and past with each chapter clearly marked to showing the date.

I quit reading this story because I could not understand how or why Hannah, a lawyer, failed to protect her family homes and finances.

I may try reading this at a later date. Remember this is my personal opinion and does not reflect on the author.
Read more
2 people found this helpful
Helpful
Report abuse

Gina Ann
4.0 out of 5 stars A Bonus storyline....
Reviewed in the United States on May 27, 2018
Verified Purchase
This book was a bonus, like reading two different storylines in one book. I didn't know which one I liked better, both had strong characters, two different love stories, love lost, drama, and a HEA. Like this new author and would definitely read more of his work again.
Read more
One person found this helpful
Helpful
Report abuse

Karin K. Whitehead
4.0 out of 5 stars Lies we never see
Reviewed in the United States on June 26, 2019
Verified Purchase
The line that pops into my thoughts while reading this novel, "history repeats itself." With Hanna reading the diary of Amanda, their lives run alike, yet decades separate them. With the past and today the story is told. The author does a fine job of rolling the story out to us. Loved his unique style.Well done!
Read more
Helpful
Report abuse

PWA
4.0 out of 5 stars Very well written! ENJOYABLE and Entertaining!
Reviewed in the United States on June 8, 2019
Verified Purchase
A really enjoyable reading experience. Amazing how the lives, decades apart, copy each other in so many ways. Both women prove to be strong even thru the lies, deception and murder.
Read this in one day, just had the hardest time letting go. Very well written.
Read more
Helpful
Report abuse
See all reviews

Barbara Raue
5.0 out of 5 stars Historical Fiction
Reviewed in Canada on December 27, 2018
Verified Purchase
Hanna Walsh’s husband is found murdered in Charleston, South Carolina and her life is not the same again. An old journal and a letter found in the attic tell about a distant grandmother’s experiences during and after the Civil War.

Betrayal is a part of the lives of both women. Ultimate salvation comes in unexpected forms.

A fascinating read as the author switches from present day happenings to Civil War happenings. I found it a smooth transition back and forth.
Read more
One person found this helpful
Report abuse

Hendo 2
5.0 out of 5 stars Amazing
Reviewed in Australia on September 30, 2018
Verified Purchase
What a great author and wonderful story. Having read the Emmalee books I wanted more stories to intrigue me and this was riveting - a real page turner. Can't wait for more by Michael.
Read more
Report abuse