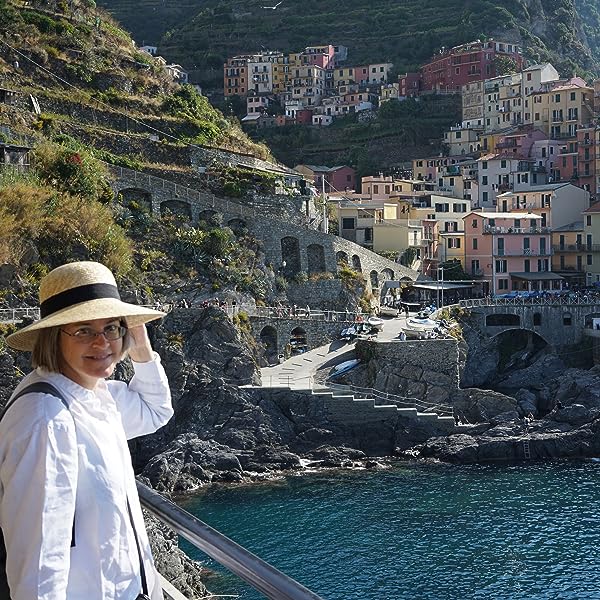 ". . .well paced and well executed. I felt satisfied by the story's outcome and by Nero's growth. And as with Book 1, I laughed along the way. What a silly, fun, sweet world." --Deborah Halverson, award-winning author and editor

"Extremely entertaining!! I enjoyed this book from start to finish!" --Jacquie, 5 stars on GoodReads.

"delightful funny book that captures the readers heart from start to finish. A wicked Queen, hot air balloons, a friendly yellow dragon and a Prince with a lot of responsibility and a huge talent for getting lost make for a hilarious journey. . . will definitely be sharing it with my grandchildren." --Sharon Walker

HOW LOST WITH LEEKS GOT STARTED:
Like Nero, I had to work at learning how to find my way. My big brother became a navigator in the Navy, so you can imagine how well he finds his way around. I love exploring with him! Unfortunately, he doesn't live nearby and also has a life to lead--instead of always having time to keep me from getting lost.

My mom used to ask me how I was going to get around later if I didn't learn which way was North, South, East, and West. I said--smart aleck answer #1--I was going to specialize in asking for directions so I would learn ALL the languages. (LOL! Do you have any idea how many languages there are in the world? But that's another story.)
She taught me to use landmarks and my body to find the compass points, the same way Nero does in LOST WITH LEEKS.

"Look at the mountains," she would say. "They are always East."
"Now put the mountains at your Right hand. You are facing North."
"Everything behind you is South. Everything by your Left hand is West."
Of course--smart aleck answer #2--I asked about the one mountain that was North.
She patiently pointed out that the nearest, biggest, mountain range was East.

(Until we moved to another city and--believe it or not--the mountains were on the other side. How annoying!)

She also used to make me give her directions home from the store. I remember her sitting in the driver's seat with the car idling, at the corner of our dead-end dirt road. I was chatting away. She was waiting for me to realize I was supposed to tell her to turn right. I really miss her.
So I started writing about a prince who didn't think he could be a leader, because he couldn't find his way around.

The joys we discover early can turn into life-long fascinations. That's why my books challenge 9-to-12-year-old readers to open all the doors in their lives!
Until we reach retirement age, most of us will never again have a window of time, energy, and brain power like this.
Seven Kingdoms Fairy Tales are about enjoying reading superpowers, imagining delightfully silly places, and discovering life's possibilities.
Laurel Decher lives on the outskirts of a mid-sized city in Germany,between a medieval chapel on the St. James' Way and a boundary marker tree carved with a scary face. It's a little surprising, since she expected to live in Vermont for the rest of her life. You just never know when adventure will call!
Read more