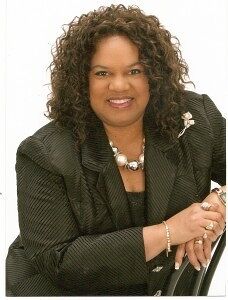 LaVerne grew up in Vidalia GA of mixed heritage. She attended college at Aenon Bible College and graduated from US Career Institute as a Certified Fitness Instructor & Nutrition Specialist. She completed P.O.G.I.A ministerial program in Ramstein Germany and former Adjunct Professor of Biblical Studies at TNT Biblical Institute.

She maintained unpublished writings since the age of twelve. She wrote a brochure and called "He Sent His Word" and co-authored a training marketing manual. 2005 she wrote a poem, a play, & a song called "The Attributes of the Man of God" that debuted in her church. LaVerne is an award winning Community Service Leader, founder of the Campaign for Christ, Sunday School program, and Kidzpluz+a childhood obesity program. She has earned numerous awards Who' Who in Business, Notable 2000 Women,Youth Service Award,and recognized by Corporation of National Services for Volunteerism just to name a few of her many accomplishments.She has volunteered for The Chamber of Commerce, The Haven, United Way & the American Red Cross. LaVerne also graduated from Blytheville Leadership Institute.

Her first anthology book written with eight friends was released January 2009, Who Said It Is Easy To Be Rich As It Is To Be Poor. LaVerne released mid January 2011 The World's Luckiest Journal through Xlibris Publishing earning two book awards The USA Book Award & International Book Award. She has worked on books with her dad and son Dr. Macaiah Tillman, If Lois Was Here about her moms bible notes.

Dr. LaVerne received commendation from past President Bill Clinton for community efforts feeding low income children. In addition, she's been recognized for serving a term in Gen. Colin Powell's program America's Promise. She served as the Promise Fellow contact person for the State of Arkansas. Dr.LaVerne has been an honored guest at many events and featured as a Motivational Speaker and noted for Event Organizing.

She partnered, produce and acted in a project for tv called, Ladies in the Pulpit and Airheads. Her motion graphics debut during previews of a new movie Discovering Our Mothers Movie May 2012 which earned a Dove Award. Her projects includes the Extraordinary People's Awards and laExpose' Productions.

Specializing in business and personal development she speaks to domestic violence survivors across the globe.

Travel is one of her joys and some of her most impressive experiences have been in Europe, the UK, Middle East, Caribbean, and Africa. 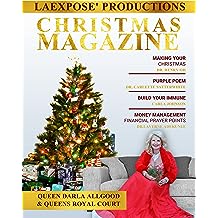 laExpose Christmas Magazine Nov 29, 2021
by LaVerne Adekunle, Macaiah Tillman, Henry Oh
$8.99
Celebrate the best of the holidays with this special holiday edition filled with recipes and ideas. Christmas is all about tradition and food, and this issue you will not be disappointed. It includes our new kid star Charles Duncan and Queen Darla Allgood.
Read more
Other Formats: Paperback 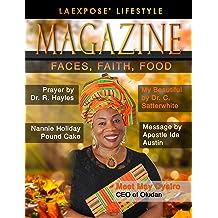 laExpose' Fall Magazine Oct 31, 2021
by LaVerne Adekunle, Carlette Satterwhite, Ida Austin, Roxanne Hayles, May Olusola, Scakajawea Wright, Macaiah Tillman
( 1 )
$8.99
This magazine includes features like the most talked-about moments to keep you on top of what's trending, as well as insight on the entertainment side of laExpose' Extraordinary People Awards. Also included are top supporters, prayers, poetry, recipes, tips to keep you motivated and inspired.
Read more
Other Formats: Paperback 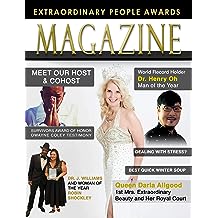 Extraordinary People Awards Sep 8, 2021
by LaVerne Adekunle, Henry Oh, Dwayne Coley, Carla Johnson, John Williams, Macaiah Tillman
( 8 )
$5.53
Awards are given each year to recognize individuals, groups, authors, artist, nonprofits, businesses, and academic achievers in their Country or State. Our global audience gather to honor those who have gone above and beyond the call to serve, and to be inspired by their accomplishments and testimonies. Our magazine brings hope and inspiration to make a difference.
Read more
Other Formats: Kindle , Paperback 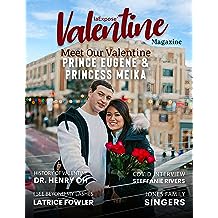 laExpose Valentine Magazine Jan 31, 2021
by LaVerne Adekunle, Macaiah Tillman, Henry Oh, Latrice Fowler, Steffanie Rivers, Eugene Demekhin
( 1 )
$4.06
We are celebrating Valentines Day all across the world. For those forever young at hearts and new lovers here is the day that belongs you. This happens just once in a year so make sure to make an effort to make this special day memorable for your love one.
Read more
Other Formats: Paperback