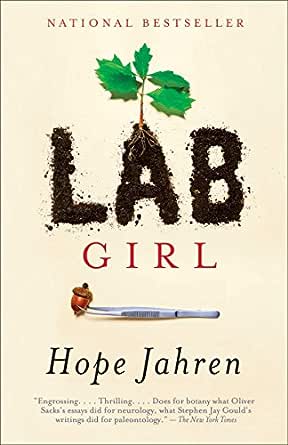 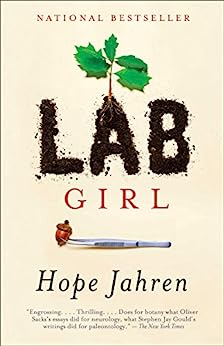 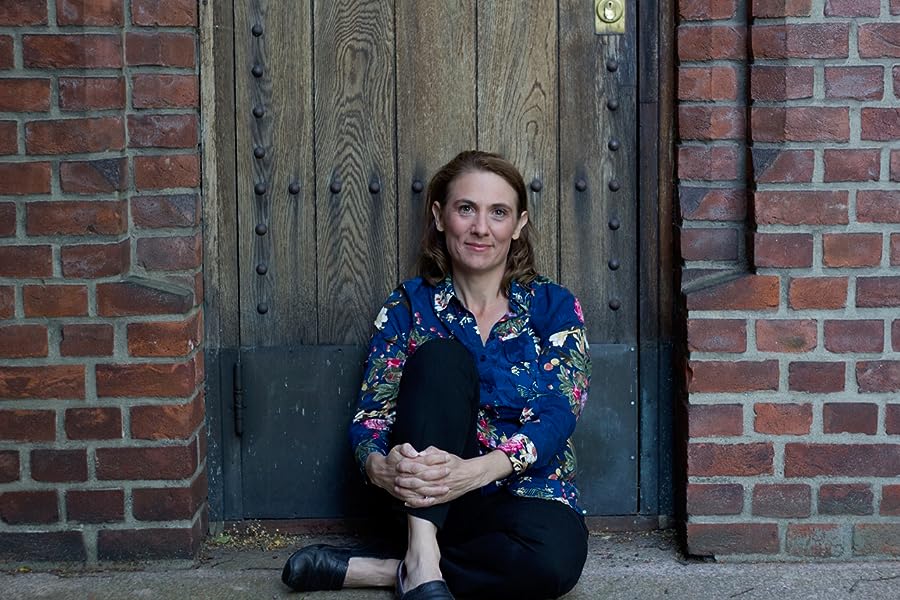 “Lab Girl by Hope Jahren is a beautifully written memoir about the life of a woman in science, a brilliant friendship, and the profundity of trees. Terrific.” —Barack Obama

“Engrossing. . . . Thrilling. . . . Does for botany what Oliver Sacks’s essays did for neurology, what Stephen Jay Gould’s writings did for paleontology.” —The New York Times

“Lab Girl made me look at trees differently. It compelled me to ponder the astonishing grace and gumption of a seed. Perhaps most importantly, it introduced me to a deeply inspiring woman—a scientist so passionate about her work I felt myself vividly with her on every page. This is a smart, enthralling, and winning debut.” —Cheryl Strayed

“Clear, compelling and uncompromisingly honest . . . Hope Jahren is the voice that science has been waiting for.” —Nature

“A powerful new memoir . . . Jahren is a remarkable scientist who turns out to be a remarkable writer as well. . . .  Think Stephen Jay Gould or Oliver Sacks. But Hope Jahren is a woman in science, who speaks plainly to just how rugged that can be. And to the incredible machinery of life around us.” —On Point/NPR

“Some people are great writers, while other people live lives of adventure and importance. Almost no one does both. Hope Jahren does both. She makes me wish I’d been a scientist.” —Ann Patchett, author of State of Wonder

“Lab Girl surprised, delighted, and moved me. I was drawn in from the start by the clarity and beauty of Jahren’s prose. . . . With Lab Girl, Jahren joins those talented scientists who are able to reveal to us the miracle of this world in which we live.” —Abraham Verghese, author of Cutting for Stone

“Revelatory. . . . A veritable jungle of ideas and sensations.” —Slate

“Warm, witty . . . Fascinating. . . . Jahren’s singular gift is her ability to convey the everyday wonder of her work: exploring the strange, beautiful universe of living things that endure and evolve and bloom all around us, if we bother to look.” —Entertainment Weekly

“Deeply affecting. . . . A totally original work, both fierce and uplifting. . . . A belletrist in the mold of Oliver Sacks, she is terrific at showing just how science is done. . . . She’s an acute observer, prickly, and funny as hell.” —Elle

“Magnificent. . . . [A] gorgeous book of life. . . . Jahren contains multitudes. Her book is love as life. Trees as truth.” —Chicago Tribune

“Mesmerizing. . . . Deft and flecked with humor . . . a scientist’s memoir of a quirky, gritty, fascinating life. . . . Like Robert Sapolsky’s A Primate’s Memoir or Helen Macdonald’s H is for Hawk, it delivers the zing of a beautiful mind in nature.”  —Seattle Times

“Jahren's memoir [is] the beginning of a career along the lines of Annie Dillard or Diane Ackerman.” —Minneapolis Star Tribune

“Breathtakingly honest. . . . Gorgeous. . . . At its core, Lab Girl is a book about seeing—with the eyes, but also the hands and the heart.” —American Scientist

HOPE JAHREN is an award-winning scientist who has been pursuing independent research in paleobiology since 1996, when she completed her PhD at UC Berkeley and began teaching and researching first at the Georgia Institute of Technology and then at Johns Hopkins University. She is the recipient of three Fulbright Awards and is one of four scientists, and the only woman, to have been awarded both of the Young Investigator Medals given in the Earth Sciences. Currently, she is a tenured professor at the University of Hawaii at Manoa where in 2008 she built the Isotope Geobiology Laboratories, with support from the National Science Foundation, the U.S. Department of Energy, and the National Institutes of Health. The author lives in Honolulu, Hawaii. --This text refers to an alternate kindle_edition edition.

A seed knows how to wait. Most seeds wait for at least a year before starting to grow; a cherry seed can wait for a hundred years with no problem. What exactly each seed is waiting for is known only to that seed. Some unique trigger-combination of temperature-moisture-light and many other things is required to convince a seed to jump off the deep end and take its chance—to take its one and only chance to grow.

A seed is alive while it waits. Every acorn on the ground is just as alive as the three-hundred-year-old oak tree that towers over it. Neither the seed nor the old oak is growing; they are both just waiting. Their waiting differs, however, in that the seed is waiting to flourish while the tree is only waiting to die. When you go into a forest you probably tend to look up at the plants that have grown so much taller than you ever could. You probably don’t look down, where just beneath your single footprint sit hundreds of seeds, each one alive and waiting. They hope against hope for an opportunity that will probably never come. More than half of these seeds will die before they feel the trigger that they are waiting for, and during awful years every single one of them will die. All this death hardly matters, because the single birch tree towering over you produces at least a quarter of a million new seeds every single year. When you are in the forest, for every tree that you see, there are at least a hundred more trees waiting in the soil, alive and fervently wishing to be.

A coconut is a seed that’s as big as your head. It can float from the coast of Africa across the entire Atlantic Ocean and then take root and grow on a Caribbean island. In contrast, orchid seeds are tiny: one million of them put together add up to the weight of a single paper clip. Big or small, most of every seed is actually just food to sustain a waiting embryo. The embryo is a collection of only a few hundred cells, but it is a working blueprint for a real plant with root and shoot already formed.

When the embryo within a seed starts to grow, it basically just stretches out of its doubled-over waiting posture, elongating into official ownership of the form that it assumed years ago. The hard coat that surrounds a peach pit, a sesame or mustard seed, or a walnut’s shell mostly exists to prevent this expansion. In the laboratory, we simply scratch the hard coat and add a little water and it’s enough to make almost any seed grow. I must have cracked thousands of seeds over the years, and yet the next day’s green never fails to amaze me. Something so hard can be so easy if you just have a little help. In the right place, under the right conditions, you can finally stretch out into what you’re supposed to be.

After scientists broke open the coat of a lotus seed (Nelumbo nucifera) and coddled the embryo into growth, they kept the empty husk. When they radiocarbon-dated this discarded outer shell, they discovered that their seedling had been waiting for them within a peat bog in China for no less than two thousand years. This tiny seed had stubbornly kept up the hope of its own future while entire human civilizations rose and fell. And then one day this little plant’s yearning finally burst forth within a laboratory. I wonder where it is right now.

Each beginning is the end of a waiting. We are each given exactly one chance to be. Each of us is both impossible and inevitable. Every replete tree was first a seed that waited. --This text refers to an alternate kindle_edition edition.

An Amazon Best Book of April 2016: I was doubtful that I would like this book. While I appreciate a beautiful flower as much as the next city-girl, the thought of reading a whole book about a geobiologist-- a scientist who spends her life studying plants, trees, soils as well as flowers--made me want to run to the nearest dysfunctional family memoir about crazy parents and their wounded children. But Hope Jahren won me over very quickly. Somehow she knows me: “the average person [who] cannot imagine himself staring at dirt for longer than the twenty seconds needed to pick up whatever object he just dropped.” And she doesn’t judge. Instead, she just tells her story, which, it turns out has a lot to do with plants and science, of course--her father was a scientist, she basically grew up in a lab, and taking long walks through nature was the way she communed with her reticent Scandinavian American parents--but also has a lot to do with other things. Like life, for instance, and friendship and passion and love, for ideas, for work and for all living beings, including--shocker!--people. Surely many readers will feel as I did that the story of her relationship with Bill, her physically and emotionally damaged lab partner, is at the heart of this wonderful story; it’s unusual, it’s inspiring and it doesn’t fit neatly into the little window box we think we’re supposed to favor. And if Jahren can surprise you about all that messy human stuff, just think how she can change your feelings about dirt. --Sara Nelson --This text refers to an alternate kindle_edition edition.
Read more