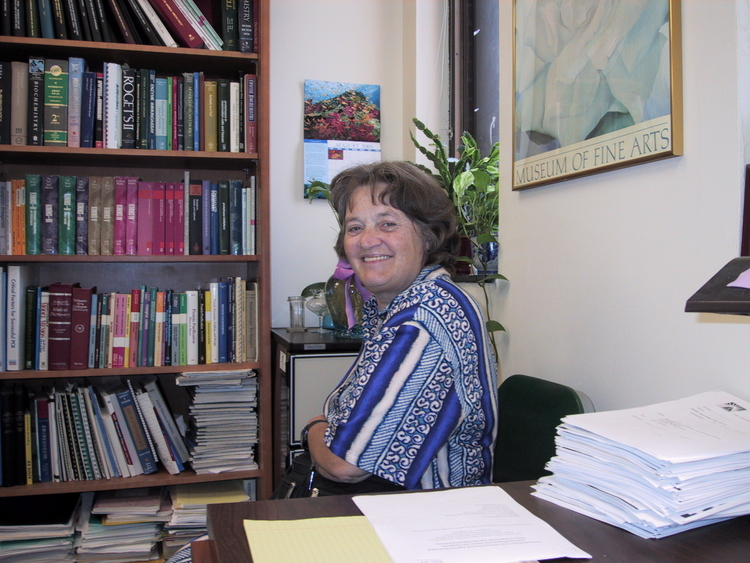 Jo Anne Valentine Simson, Ph.D., is a retired biomedical scientist and world traveler. As a scientist, she authored or co-authored over sixty scientific publications. For the general reading public, she has published a previous book of short stories as well as three books of nonfiction.
Start reading on your Kindle in under a minute.

4.8 out of 5 stars
4.8 out of 5
6 customer ratings
How does Amazon calculate star ratings?
Amazon calculates a product’s star ratings based on a machine learned model instead of a raw data average. The model takes into account factors including the age of a rating, whether the ratings are from verified purchasers, and factors that establish reviewer trustworthiness.
Top reviews

Carol Leth Stone
5.0 out of 5 stars A view of science from within
Reviewed in the United States on May 27, 2018
Verified Purchase
Scientists are no longer portrayed as grim men in lab coats, but even today these women and men are usually shown as cool and logical, carrying out experiments honestly and precisely. Dr. Simson, a retired scientist herself, has written a volume of short stories that show “the dark side of science.” Her characters are rejected by lovers, betray their colleagues, commit suicide, and give in to temptations of all kinds. Like nonscientists, they often act more from loving or selfish motives than from logical deductions. All of us who have worked in labs will recognize the emotions shown here. The stories are a fascinating picture of human beings who happen to be scientists.
Though this is a quick, entertaining read in general, some readers may find the descriptions of lipoproteins and hydrophobic interactions tough sledding. Fortunately, these are brief passages that don’t seriously interrupt the narratives, and they provide verisimilitude to what might otherwise seem like an outsider’s view of what happens in science labs.

Maryam Naderi
5.0 out of 5 stars Modern biochemistry has changed our lives and changed our world ...
Reviewed in the United States on July 2, 2018
Verified Purchase
Modern biochemistry has changed our lives and changed our world. But inside the labs which produce these miracles (and monsters?) are real human beings whose ambitions, passions and prejudices J.A. V. Simson has captured in twelve tight, well-crafted stories. She shows us the ids and egos of the people who spend their careers staring into microscopes and test tubes. Most of the men and women we meet here are no Jonas Salks or Louis Pasteurs. They are careerists and opportunists, hustling for grant money and lab space, for recognition and advancement, and some of them are not above stealing and sabotaging the work of their colleagues to win the game. Yet they are also lonely, lovesick and vulnerable in many very human ways. The conflicting personalities and motivations, drawn from Simson's own long career in the lab, makes for an insightful and compelling read,
Read more
One person found this helpful
Helpful
Comment Report abuse

Lee M. Robinson
5.0 out of 5 stars which from all appearances seems to be a happy one. Our own existences seem complicated
Reviewed in the United States on June 29, 2018
How often do we imagine the lives of our contemporaries as somehow easier, simpler, than our own? Perhaps we read their bios and see a long list of accomplishments that seem to have been accumulated almost effortlessly. Are they smarter than we are, or just more dedicated? Maybe we feel envious as they post on Facebook another wedding anniversary, to celebrate a long marriage, which from all appearances seems to be a happy one. Our own existences seem complicated, even messy.
I spent my career working as a legal aid lawyer and later in private practice doing family law. As I struggled to rescue my clients from their messes I often found myself frustrated and frazzled. I envied my friends in academia. How gratifying that life would be! And those who spent their days in the laboratory, looking into microscopes—why, they seemed even luckier. How could anything be more stimulating, so purely intellectual?
J.A.V. Simson explodes those myths. This splendid collection of short stories, “Laboratory Notebook,” takes us inside the lab, inside the institutions which house them, and into the complicated and often very messy lives of those who work there. Just as a microscope allows us to see what otherwise would be invisible to us, Simson’s ability to observe and understand her fellow human beings is a revelation.

Arthur P. Molella
5.0 out of 5 stars Life and Love in the Scientific Laboratory
Reviewed in the United States on May 13, 2019
This beautifully crafted collection of short stories—vignettes, really--most of them set in biology labs or scientific meetings, pulls away the veil on science with its claims to preternatural objectivity and fairness. Scientists, in this case cell biologists, are portrayed as stubbornly human, though from a strange tribe indeed. Authority figures--world-famous researchers, department chairs, and others who play a cynical political game--come in for the lion’s share of criticism. Simson, an accomplished scientist herself, exposes an underworld of misogyny and abuses of authority, leaving in their wake disillusionment, wrecked careers, ruined lives, and worse. She doesn’t completely absolve the victims either, who, in too many instances manage to entrap themselves in marital infidelities with these same authorities and otherwise impossible love situations. Love and its disappointments are very much the theme. These are universal love stories that could play out anywhere.

But scientific ideas and practices are not incidental to the story. Nor is Laboratory Notebook just a science exposé. With great empathy, it tells us much about the quotidian life of biology researchers and their assistants, from the mind-numbing tasks of growing tissue cultures to occasional moments of discovery. There are interesting scientific lessons to be had here, even for the uninitiated. The author has a rare talent for weaving in scientific terms and ideas, without mystifying or talking down. I came away from reading Laboratory Notebook knowing a lot more about cell biology, a field that is transforming science and medicine, than I did going in. I also learned about the perils of love in the hot-house atmosphere of one of today’s most competitive scientific specialties.
[Reviewed by Arthur Molella]
Read more
One person found this helpful
Helpful
Comment Report abuse

Hawklady
5.0 out of 5 stars Intriguing stories
Reviewed in the United States on November 17, 2018
Set primarily in a science research lab, these short stories are from the perspective of a scientist but mostly revolve around relationships between people. Many of them have a clever, unexpected twist at the end. Some of those with a lot of scientific detail occasionally lost me in their terminology but were still enjoyable. I could especially relate to the ones involving experiences at professional meetings. The author did a good job of making these characters - most of them scientists - come alive. A highly recommended look behind the scenes of a research lab.
Read more
Helpful
Comment Report abuse