You've subscribed to A Hattie Davish Mystery! We will preorder your items within 24 hours of when they become available. When new books are released, we'll charge your default payment method for the lowest price available during the pre-order period.
Update your device or payment method, cancel individual pre-orders or your subscription at
Your Memberships & Subscriptions
There was an error. We were unable to process your subscription due to an error. Please refresh and try again. 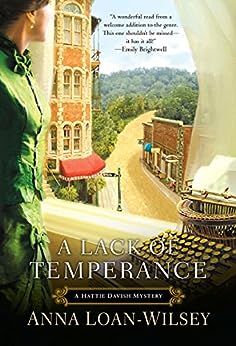 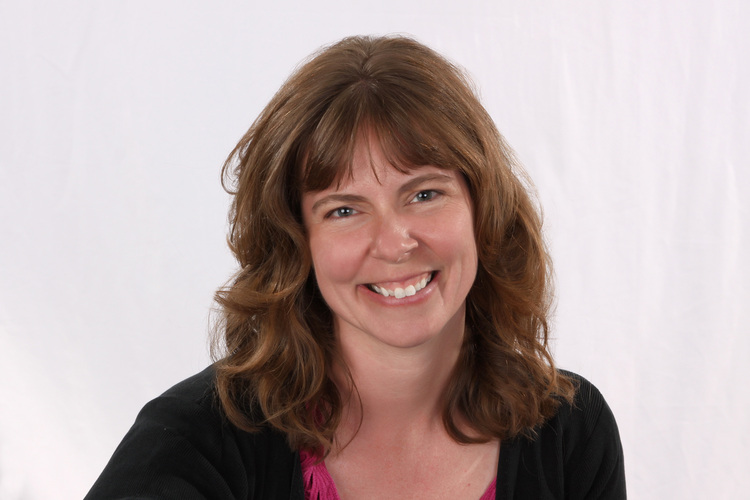 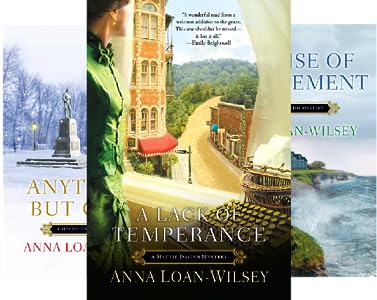 Anna has worn lots of different career hats including biologist, librarian and now author. A Lack of Temperance is her first novel and first in the Hattie Davish Mysteries Series. She has one inquisitive three year old, an old yellow dog and the most supportive, funny and patient husband in the world. She lives in a Victorian farmhouse in the Iowa countryside but manages to getaway to Eureka Springs at least once a year. For information, visit her at annaloanwilsey.com

4.1 out of 5 stars
4.1 out of 5
62 global ratings
How are ratings calculated?
To calculate the overall star rating and percentage breakdown by star, we don’t use a simple average. Instead, our system considers things like how recent a review is and if the reviewer bought the item on Amazon. It also analyzes reviews to verify trustworthiness.
Top reviews

Jaylia
5.0 out of 5 stars Just as fun as it sounds
Reviewed in the United States on August 1, 2014
Verified Purchase
With its picturesque setting, lively historical time period, and personality-filled cast of characters this cozy mystery is just as fun as it sounds. A Lack of Temperance is the first book in a series featuring botany-loving Hattie Davis who works as traveling secretary--which is a superb occupation to give a character for at least three reasons. Going from place to place to earn her own living means Hattie is forced to be more independent and resourceful than many of her 1892 peers, it’s a job that seems to straddle class lines, much like a governess in the earlier part of the nineteenth century, creating lots of plot-worthy frisson, and her peripatetic lifestyle allows every book in the series to be set in a different charming and fascinating locale, though fortunately many of the wonderful characters from this first entry manage to stick around in later volumes.

As A Lack of Temperance opens Hattie has been traveling by train and is just arriving in Eureka Springs, Arkansas, a mountainous resort town with lush vegetation, numerous health-promoting natural springs, and steep winding streets and walkways all so temptingly described that I am now determined to visit. Hattie hasn’t had a chance to meet her employer Mrs. Trevelyan yet and is just settling into her hotel when a cry of “Fire!” draws her out into the street. But it’s not the hotel that’s ablaze. A group of hatchet wielding women in town for a temperance meeting are smashing whiskey barrels pulled from a saloon that’s now burning and “Mother Trevelyan”, Hattie’s new boss, is front and center leading the destruction.

When Mrs.Trevelyan is found dead the next morning Hattie pulls out her typewriter and uses her personal secretary skills of organization, summation, and careful attention to detail in an attempt to solve the murder, which takes her all over town and involves her with a wide variety of locals and visitors, including a handsome doctor. To mull things over and attempt to relax in her downtime Hattie roams the surrounding verdant hills adding specimens to her plant collection, a hobby that helps her discover more clues but also puts her danger.

Characters have complex sometimes unexpected back-stories, only gradually discovered by Hattie and the reader, which give the story a nice heft. As far as the mystery goes, I didn’t guess the killer so I didn’t find it predictable. Hattie’s own story hasn’t been completely revealed by the end of the book, there’s more to learn about both her history and Sir Arthur Windom-Greene, a man who stays off stage in this episode but who acts as a sort of sponsor helping Hattie secure employment. A Lack of Temperance was a vacation-like treat to read and I’m looking forward to starting the next book in the series.
Read more
3 people found this helpful
Helpful
Report abuse

K. Reel
5.0 out of 5 stars Great Unique New Series
Reviewed in the United States on August 11, 2014
Verified Purchase
One of the best aspects of reading for me is the introduction to new places and historical connections. Anna Loan-Wilsey in her debut novel has given me both. I admit that I wasn't overly excited with the setting being in Arkansas, as I didn't think I would be that interested in it, but Eureka Springs was fascinating. That should teach me to make unsubstantiated locale judgements. I found myself getting up out of bed the night I started reading it and using the computer to look up the area to better picture in my mind all the unusual street configurations and spring locations. To my delight, the author has links and information on her page about Eureka, even a map of how it would have appeared in 1892, the time setting of the novel. I do, however, wish that the map had been included in the book. It would have been helpful in imagining Hattie Davish's, the main character, wanderings throughout the town.

Hattie Davish is a traveling secretary who arrives in Eureka to serve as secretary for Mother Trevelyan, president of the women's temperance movement. Eureka is the site of the national meeting for the American Women's Temperance Coalition timed to coincide with a vote on Proposition 203 to criminalize the sale of alcohol. Before Hattie can meet her new employer, the temperance leader is murdered. A local bar owner is charged with the murder, but Hattie doesn't believe he is guilty and sets out to do some investigating on her own. With her meticulous eye for detail and order, she uses her typewriter to keep track of events and people, compiling a list of questions to try and connect the dots. She becomes acquainted with some interesting characters during her query, the delightful older sisters, Lucy and Lizzie, and the charming Dr. Walter Grice. Secrets are buried deep in this historical mystery, and Hattie encounters much personal risk, but she is as diligent in the undertaking of detective work as she is in her secretarial duties. She even discovers a few things about herself in the process.

Anna Loan-Wilsey has written an interesting, engaging historical mystery that left me looking forward to the next installment of the Hattie Davish series. 1892 turned out to be a very good year.
Read more
One person found this helpful
Helpful
Report abuse

Ginger Smith
5.0 out of 5 stars Travel Back in Time to Search for a Missing Employer
Reviewed in the United States on May 30, 2016
Verified Purchase
Hattie Davish is a traveling secretary whose work takes her from place to place where she encounters murders and mysteries. In A Lack of Temperance, Hattie is sent to Eureka Springs, Arkansas, to work for the leader of a temperance union meeting in that fair city. The woman is nowhere to be found, and when she is found, she is no one for whom to be working – because she is dead. Hattie’s orderly thought processes and her disciplined office skills stand her in good stead as she puzzles her way towards solving the mystery. But there are distractions from her work and her sleuthing as Hattie makes time to gather plant specimens in the environs and gets acquainted with the town doctor. Hattie is a most likable heroine, the descriptions of Eureka Springs and its spas and hotels are intriguing, and the historical details about the town and about the temperance movement add greatly to the overall texture of a most readable mystery. Highly recommended.
Read more
One person found this helpful
Helpful
Report abuse

Nathan Fairchild
2.0 out of 5 stars an odd book
Reviewed in the United States on September 26, 2013
Verified Purchase
It's not a novel for everyone, but will surely have a strong cultish following because of its unique style. The author not only places the reader in the 1890's, but attempts to use many of the language and stylistic affectations of that era in this first person novel. This did not quote work for me, however.

As a mystery, again perhaps because if my own limitations as a reader, the ending felt contrived rather than organic. Some of the characters felt the same, more flat and stereotypical than real. Are we to believe that women if this era truly grew dizzy at the slightest impropriety? While men may legitimately perceived this and women may have played to it, the first person descriptions made me a bit ill, though no one can call the heroine a weak woman in her choices.
Read more
4 people found this helpful
Helpful
Report abuse
See all reviews