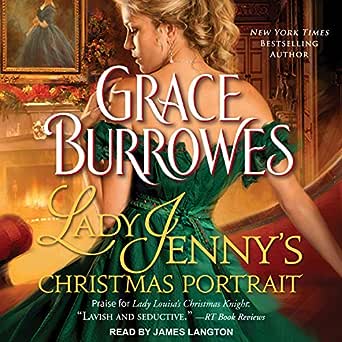 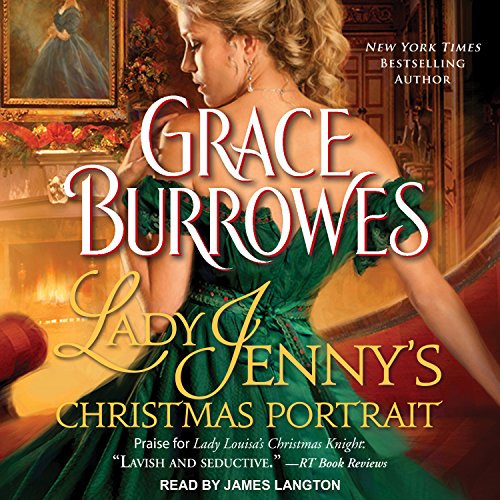 4.4 out of 5 stars
4.4 out of 5
148 global ratings
How are ratings calculated?
To calculate the overall star rating and percentage breakdown by star, we don’t use a simple average. Instead, our system considers things like how recent a review is and if the reviewer bought the item on Amazon. It also analyzes reviews to verify trustworthiness.
Top reviews

Sandy Milan
TOP 1000 REVIEWER
5.0 out of 5 stars Outstanding
Reviewed in the United States on September 25, 2013
Verified Purchase
Grace Burrowes is most definitely back in favour with me after this book and  Once Upon a Tartan (MacGregor Trilogy)  last month. She's also back on auto-buy. It seems to me that she's taken some of the criticism meted out by readers to heart e.g. I saw that quite a lot of people didn't like the overt affection shown by her male characters in this series and there was definitely none of that in this book. I never had a problem with that but it did make this book very different to the others in this series. I truly loved this book and I loved the H and h and their artistic natures.Being artists both of the main characters had sensitivities and had been hurt in their lives along the way. Both were passionate but truly complemented each other. The story is set around Christmas time and how hard it was for both the H and h for different reasons to do with their families. The H hadn't been home for Christmas in 10 years because of an old argument with his father over his art career. The h hated being around all of her extended family and their children because she believed she'd never have her own family because of choices she'd made in the past. I did want to brain the h a time or two for seeming to prefer the idea of going off to Paris rather than be with the H but she redeemed herself and I loved the way the author showed the caring of her choices later on.

It takes a really talented writer to write so many books about one family but make them all unique. I highly recommend this book and I'm relieved by the author's note that she hasn't finished writing about the Windham family.

Sharyn McK
3.0 out of 5 stars Artists
Reviewed in the United States on August 6, 2017
Verified Purchase
Another Grace Burroughs Windham sister, Jenny is the last of the sisters (and I read out if order, now must read Eve's story). Jenny is an artist and not appreciated by her family when along comes Elijah, another artist. Will they end up together? What do you think? This story has a plot poin t that the others did not, they are both willing to sacrifice for the other's happiness, even though they will each be miserable. Bit fortunately, her parents, the Duke and Duchess are great manipulators, so no sacrifices needed. It has been a pleasure reading Bout this family, from the Courtship, to the stories of all the children. And now there are lots of grandchildren, as well as nieces and nephews. The series could go on for ages.
Read more
One person found this helpful
Helpful
Comment Report abuse

Beverly Diehl
3.0 out of 5 stars Decent Conclusion to the Series; Don't Start Reading the Windhams with this Novel
Reviewed in the United States on December 10, 2013
Verified Purchase
I'm a big fan of Grace Burrowes and she does so many things right, from giving us a heroine who is smart, feisty, and with hidden internal Issues, and a hot sexy hero who says and does (most of) the right things.

Still, this book wasn't as compelling for me as her other works. Jenny seemed less in touch with herself than she needed to be; Elijah wasn't willing to fight for her, until he was prodded into it... The sex was nicely steamy, most of the other family characters are all brought nicely in (which may be confusing to readers who haven't read the other books in the series), there's plenty of weaving the Christmas theme in. The conflict keeping Jenny and Elijah apart felt too insubstantial and then too quickly resolved. The Duke and Duchess are always enjoyable, but it became a little hard to believe they could be so intuitive about their offspring in some ways, obtuse in others, but never really WRONG about them, or miscalculating in their attempts to nudge their daughter towards True Love.

If you decide to read any of the Windham novels, don't start with this one; IMO it is the least satisfying, though it's still a good read.

bettysunflower
5.0 out of 5 stars Another winner from Grace Burrowes!
Reviewed in the United States on December 6, 2013
Verified Purchase
Lady Jenny lives in a time when ladies are expected to marry well, take care of the home, have and raise children, and take care of their husbands. They are not supposed to work outside of the home unless it is a charity that they are helping to support. Lady Jenny, though is an artist with great talent. Her family down plays this as a hobby, but she would like nothing more than to be able to study art and become an artist.
Her family has hired Elijah Harrison, an artist, to paint the portrait of 2 of Jenny's nephews. Elijah is familiar with Jenny. He remembers her as a female student that used to disguise herself to attend classes that he model in. He remembers her art work as being superior to her classmates and her as being very shy. He has asked her family to allow her to assist him in the painting the portraits. They go forward to develop a strong friendship and more.
This is a wonderful romantic story of 2 artistic people and the love they share for their art and how their respect and love of each other grows and develops. The characters are both strong and compliment each other. The story is well written, with surprises, and the warmth of family ties that are so characteristic of Ms. Burrowes' books. Definately another winner from this fine author.

jhobbs
4.0 out of 5 stars A painter's romance
Reviewed in the United States on March 4, 2017
Verified Purchase
This book marks the end of my Windham Family reading binge. Each story has paired a couple with a commonality: horses, secrets, domesticity. In the case of Jenny and Elijah, it is art-sketching and painting. Their story reads like a slow dance of Polite Society with visual art descriptions. Not my favorite of the stories but I wouldn't have left it out.

Of Jenny: "She’d trapped him with those warm hands, cradled his jaw in a grip both gentle and unbreakable. Her kisses were like brushstrokes, creating the contours and shadows of a yearning not entirely sexual. Though sexual enough."
Read more
Helpful
Comment Report abuse
See all reviews

Alison10
4.0 out of 5 stars She had set her heart on going to Paris...
Reviewed in the United Kingdom on July 1, 2017
Verified Purchase
This is a tale about the last of the eight children of the Duke of Moreland and how romance found her. It is written in Grace Burrowes' inimitable style (which you either like - or don't). Personally, I return to her books with some relief after struggling through some other authors. I enjoyed this book - there was never any doubt about the outcome, but the journey there was pleasant and the characters are mostly known, like old friends.

Lady Jenny was a very good painter, at a time when women's talents were ignored or belittled. She had set her heart on going to Paris to learn from the masters and even pursue a career, because in France (and much of Europe) women artists were accepted. However, her family were horrified and, at the same time, she had met a young painter (from a titled family) who captured her heart. Would a career win out over what might be requited love?

I would certainly recommend this book, which is a stand-alone. But I feel that having read some of the earlier ones would be of benefit.
Read more
Report abuse

LindaB
5.0 out of 5 stars Another great read by Grace Burrows
Reviewed in the United Kingdom on October 1, 2013
Verified Purchase
This is my first ever review although I have been tempted before so please make allowances for this effort.

I loved this book and consider it one of Grace's best yet. I finished reading it at 3 this morning and I had to be up at 6!

She hit all the right notes, making me laugh out loud (Jock the 'smelly' hound, the children playing and the cursing lessons),cry (the deaths of Bartholomew and Vincent and the guilt felt by the survivors in the family) and it was great to have updates on all the Windham siblings. There was enough detail as each member of the family was brought into the story for me to easily remember their own stories in the series all of which I have thoroughly enjoyed.

Mrs. Isabelle M. Butler
5.0 out of 5 stars Lady Jenny's Christmas Portrait
Reviewed in the United Kingdom on March 25, 2014
Verified Purchase
I have read all the books in this series and they are well worth a read if you like historical romances and the stories of a family. Grace Burrowes is a marvellous author bringing the books to life.
Read more
Report abuse

annetta
4.0 out of 5 stars Another good Windham read
Reviewed in the United Kingdom on October 1, 2013
Verified Purchase
I did not give it five stars because it was a bit to much like the other daughters stories in its retrospective approach. I liked the hero though he was refreshing.
Read more
Report abuse

Jenny Leyden
2.0 out of 5 stars Just a little dull
Reviewed in Australia on July 5, 2018
Verified Purchase
My name is Jenny and I’m an artist so was looking forward to this read as I liked Jenny and Elijah in the other books but it came across as quite dull, I would struggle to read this again.
Read more
Report abuse
See all reviews