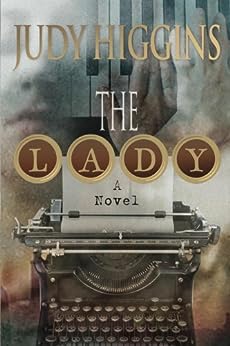 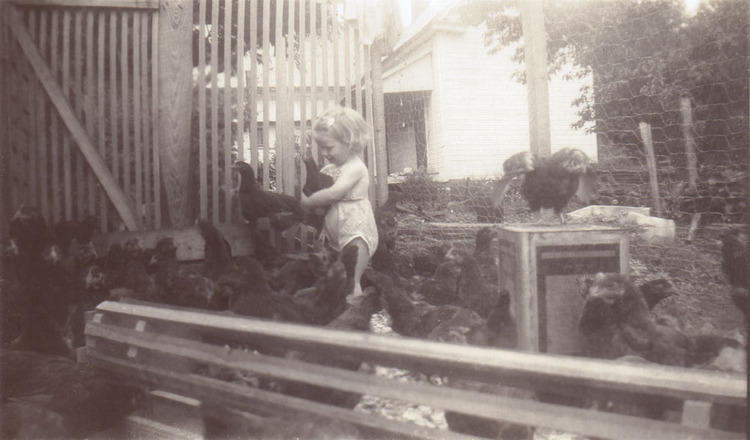 "I want to read whatever else I can lay my hands on that this author has written..."
-- ABNA Expert Reviewer.

"...The kind of storytelling that's so natural and so gifted and so deceptively effortless looking that it grabs you right away and doesn't let go. "
-- ABNA Expert Reviewer.

"An interesting read with some compelling answers that will appeal to a cross-section of people in the same way that 'The Help' personalized the struggles of black maids in 1960's Mississippi."
-- ABNA Expert Reviewer. --This text refers to the paperback edition.

Judy was born in South Georgia where she grew up playing baseball, reading, and taking piano lessons. To pay for her lessons, she raised chickens and sold eggs to neighbors. She attended Mercer University for two years, and then Baylor University from which she graduated with a BA in German. She received her MA in German literature from The University of Michigan. After teaching German for several years, Judy decided to become a librarian and earned a MA in Library Science at Kutztown University in Pennsylvania. Judy’s life took an exciting turn when she left her teaching job in Pennsylvania to be Head of Library at the Learning Center School of Qatar Foundation. She lived in Qatar for eight years, traveling during every vacation, and enjoying the experience of living in a different culture. Recently, she returned to the United States and lives in Lexington, KY. Judy has two children, Julia and Stephen, two children-in-law, Jim and Erin, and three grandchildren: Kyle, Jon, and Karina. --This text refers to the paperback edition.

4.6 out of 5 stars
4.6 out of 5
132 global ratings
How are ratings calculated?
To calculate the overall star rating and percentage breakdown by star, we don’t use a simple average. Instead, our system considers things like how recent a review is and if the reviewer bought the item on Amazon. It also analyzes reviews to verify trustworthiness.
Top reviews

Speedy Grandma
5.0 out of 5 stars A very interesting story. The reader can climb into the pages and be a fly on the wall!
Reviewed in the United States on March 22, 2018
Verified Purchase
Told from the perspective of sixteen-year-old girl Quincy Bruce, THE LADY by Judy Higgins unveils some interesting secrets about Quincy's favorite aunt with whom she goes to live when her parents go to Africa as missionaries. Aunt Addy is everything she should be in young Quincy's eyes, or is she? As a typical snoopy teenager, Quincy is constantly digging to learn who the real "lady" is in her aunt's late employer's novel. As a coming of age story, it is both sweet and interesting--especially as the climax approaches. And, thankfully, Higgins does not leave the reader hanging; she tidies it all up beautifully. I liked THE LADY very much and am giving it five stars even though there were very annoying typographical errors throughout---well, not really mistakes, but several "wordsrunningtogether" (like that). (I read somewhere online that happens sometimes with a font that is not particularly compatible with kindle uploads.) Nonetheless, it made for difficult reading throughout, as it happened often. Still, a good read, and I would recommend it.
Read more
4 people found this helpful
Helpful
Report abuse

nown
5.0 out of 5 stars The Lady
Reviewed in the United States on March 7, 2018
Verified Purchase
A truly wonderful book by Judy Higgins. I rate it five stars. It had all the elements of mystery, romance and intrigue and all written without foul language and steamy sex. It was a glimpse of life in the rural South back in the fifties, which was my coming of age years. I enjoyed Quincy so much and rooted for her to follow her dream. I, too, have been to Vidalia, Georgia and bought a sack of onions. An easy read which I completed in just a few hours. The formatting in this Kindle edition needs some work as some words ran together throughout the book.....but that is not the authors fault.
Read more
One person found this helpful
Helpful
Report abuse

CooperGirl 52
5.0 out of 5 stars Beautiful story of love that holds many surprises
Reviewed in the United States on April 2, 2018
Verified Purchase
I could barely stop reading this book once I started. A large part was I'd forgotten what it's like to be a 16 year old girl. Quincy grew up in a fundamentalist Baptist Church where her father was the minister. I grew up in a family much like Quincy's. We went to a Baptist Church. I've said many times I'm a recovering Baptist. Fear of going to Hell, and the damnation that faced sinners frightened us into Salvation.

Growing up in that environment made Quincy feel conflicted about the sins she thought people she dearly loved had committed. Her search for what she thought was the truth led her down a path of heartache and disappointment. The truth Is amazing, and its what makes this book spellbinding. The simple truth is none of us is without sin, and love is the most important thing in life.

DaveM
5.0 out of 5 stars Top quality, well written coming of age tale
Reviewed in the United States on July 17, 2015
Verified Purchase
This book, set in 1950's Georgia, is a well-written coming of age tale about a young girl-Quincy Bruce whose parents leave on a two-year long missionary sabatical and deposit her with an Aunt- Addy. Quincy's dream it to become a concert pianist and Addy quickly starts helping her achieve that dream.

THe under-lying thesis of the story revolves around a mystery lady romanticized by a local writer-Nathan Waterstone, in a novel published during the second world war, and called THE LADY. As the subject matter involves an affair between and man (whom Waterstone admits was himself) there is a fair amount of scandal generated. But what everyone wants to know- who was the Lady?

That is the mystery that Quincy is drawn into as her aunt was the typist and proof reader for for Nathan and surely must know her identity. Addy ain't talking, so Quincy sets herself the task of finding out. And, the more sure learns, the surer she becomes that Addy was THE LADY, even though she steadfastly denies it.

While the plot is a little mundane, this is quality writing with strong narrative and dialogue that will hold your interest as Quincy explores her aunt's past.

Dr. Theodore Ruxpin III
5.0 out of 5 stars Outstanding
Reviewed in the United States on March 8, 2014
Verified Purchase
I don't normally read coming-of-age novels or mysteries, so I was skeptical of this hybrid of the two genres. Within the first ten pages, I realized that my prejudice was unfounded. Higgins did a great job bringing together an original story with skillful pacing and characters who have an authentic feel to them. As each new character was introduced, I knew someone in my own life who would parallel him or her, so emotionally relating to the story was easy. And unlike so many other stories, I really enjoyed the ending. The greatest endorsement I can give the novel is that the mystery compelled me to finish the last half of the book in a single evening. I just *had* to know how things would be resolved.

I've tried to come up with a criticism of this work, but I simply can't. At times, I got annoyed with the protagonist, but then I realized that she was a sixteen-year-old, and that comes with the trappings of being self-centered and impulsive. After I got that through my head, I felt free to enjoy the character and realized how true-to-life Higgins had made her. So, in fact, the only potential criticism I had was actually of myself as a reader who wasn't being forgiving enough to a realistic character.
Read more
5 people found this helpful
Helpful
Report abuse

Jeff
4.0 out of 5 stars Well done
Reviewed in the United States on July 10, 2015
Verified Purchase
Started out as a 5 star for me but then flagged during the middle and turned into more of a common mystery than really nice literature. The first half has some really beautiful writing in it and introduces characters you really care for. But then in the middle, the characters become more of a plot device to run the story than the story themselves. I understand the point the author is trying to make, that everyone makes mistakes and the theme of forgiveness, I just missed the quality of writing and character development from the first half. It seemed as if it was a bit rushed to finish the story rather than taking its time. Overall, though, I would definitely recommend it and read this author again.
Read more
2 people found this helpful
Helpful
Report abuse
See all reviews