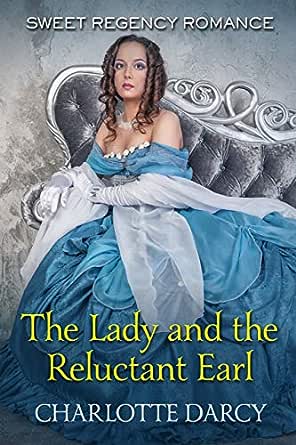 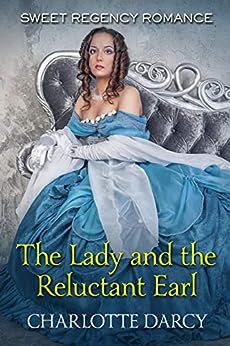 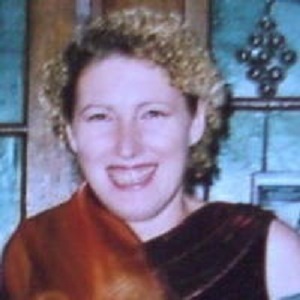 The Lady and the Reluctant Earl Kindle Edition

4.4 out of 5 stars
4.4 out of 5
5 customer ratings
How does Amazon calculate star ratings?
Amazon calculates a product’s star ratings based on a machine learned model instead of a raw data average. The model takes into account factors including the age of a rating, whether the ratings are from verified purchasers, and factors that establish reviewer trustworthiness.
Top Reviews

Anne R. Marshall
4.0 out of 5 stars Were their feminists during the Regency period?
Reviewed in the United States on August 20, 2019
The Lady and the Reluctant Earl by Charlotte Darcy is up to Darcy's usual high standards in the delightful novella. Edmund Archer is the new Earl of Winterbury, due to the death of his father. A death over which he is not overly sad. He as a mean old man and had made Edmund's life a misery. He had not been home to see the old man in five years. His Aunt Imelda had long lived in his home, in apartments of her own and had much to do with raising him after his mother had passed. He wanted to be a good earl and began to work from sun up to sun down toward that goal, to the detriment of everything else. After about three months of this routine, his Aunt Imelda had had enough and insisted he attend the dinner party to be held at the home of Anthony and Elizabeth Gray, her friends and a local member of parliament. He went, but he was not gracious about it and was even less gracious when he saw the guests were a mix of people, ranging from peasants to the highest of aristocracy...himself. One woman, a peasant no doubt, approached him to make conversation but he wasn't overly pleasant so she moved on. When Anthony Gray rose to speak, Edmund disapproved of the fact that he appeared to be in his cups and then he announced that his daughter would be marrying, as soon as she chose someone. The daughter was Alisa, the woman who had spoken with him. It was all he could take. He left, sending the carriage back to retrieve Aunt Imelda. The next day Alisa arrived at his home to tell him she had selected her husband-to-be: him!

Darcy always gives the reader an entertaining story. She is not overly wordy and is pleasantly entertaining. This was a very delightful tome although it could have gone on a little longer in the "struggle" phase. Alisa is a very endearing, although unlikely, heroine who does not behave at all as expected...always a good thing. Edmund is frightfully close to becoming the thing he despises most-his father and we feel it happening. It was a charming story, with beautiful characters. I recommend it. I think you will enjoy it!

I received a free ARC of The Lady and the Reluctant Earl. All opinions and interpretations contained herein a solely my own.
Read more
Helpful
Comment Report abuse

Pam
5.0 out of 5 stars Can the Earl be changed?
Reviewed in the United States on August 19, 2019
This is the story of a new Earl who has had a sheltered and abused life by a cruel, greedy, and angry father. Edmund meets Alexis who is a very forward young lady determined to have her own way. While Edmund prefers to stay in his estate with his books, Alexis works to make him “bloom.”
Read this new Charlotte Darcy book to find out if she does in fact succeed.
Read more
Helpful
Comment Report abuse

Phylis
5.0 out of 5 stars A bold lady
Reviewed in the United States on August 25, 2019
Well written story with characters that are bold and a delight. A Lady that takes charge of her future and courts an Earl. An Earl doesn't respond well and sets her up with another man, which she sees right through. a splendid read, super journey.
Read more
Helpful
Comment Report abuse

Lifelongreader
4.0 out of 5 stars Charming and original
Reviewed in the United States on August 22, 2019
This is a charming story of a bold and determined lady and a shy, introverted earl whose greatest worry is not becoming his father. The characters were refreshingly unconventional and entirely appealing.
Read more
Helpful
Comment Report abuse