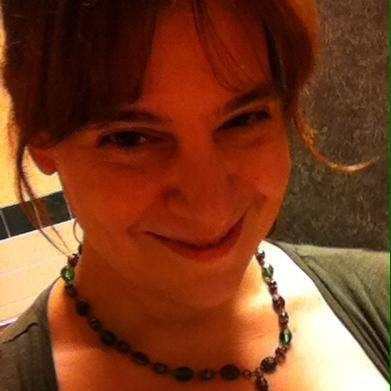 I worked for almost ten years in coffee (Starbucks, Barnes & Noble cafes) when I quit and turned to writing erotica full time.

That's a little misleading. Let me back up about twenty years. I decided I wanted to write professionally when I was in high school (not erotica, but my work definitely skirted the issue in an obvious way, but it eventually manifested itself in plays. They were the only thing I could finish. I did write poetry, but it was riddled with teen angst and pocked with imagery involving bleeding walls of flesh and a knight chess piece. And I kept a diary which, at the time, I wrote at an astonishing rate of half to one blank book a day.

While at UCLA, I wrote plays on the side. Sometimes during class. Sometimes inspired by my classes. While I took archaeology, queer literature and vampire fiction I wrote a radio play about a cross dressing archaeologist in Mexico who unknowingly unearthed a vampire.

After UCLA I had no idea what to do with myself and missed college a week after I graduated. I had my first full length play produced by a small theater in Illinois, and the director told me I'd learn much if I got my MFA in playwriting. So I went to Southern Illinois University, Carbondale and got my MFA.

I wasn't the best graduate student. I was willful, stubborn, contrary, fiesty, combative. My work started to enter the realm of erotica and, being life stage plays, this became problematic. Especially in a university theater. I had written a one act play about pony play, which the department found too objectionable and unstagable to produce. Another one act was about a lesbian astronomer who falls in love with a star, and has a kind of "sex" scene with the star involving a nude scene.

My thesis play was about a woman who pretends to be a man online, and has cybersex with another woman. I didn't want this to be my thesis. For my thesis, I wrote a full length version of Dying in Pleasure. But that was immediately found to be objectionable: too violent and misogynistic for undergraduates actors.

But I got out of there, and spent a couple years working on a novel version of Dying in Pleasure. I couldn't let it go. During this time I went to Pompeii and it was harrowing. The condition of the town and seeing the bodies on display was extremely disturbing. No matter what professors had said about my play, I wasn't going to abandon the story.

I eventually landed in Texas to work on my Phd. While there I began my own theater company to produce my works almost exclusively. This is when erotica and playwriting truly merged, and I became quite the controversy.

The theater lived almost two years before bankrupting, and I suppose I slid underground. I wrote very little and focused on coffee. Many personal issues and complications and life changes later, I find myself in Southampton, England and writing erotica full time. I work on novels and write short stories on commission. I've been building a significant online presence and have worked hard to be successful.

Publishing Dying in Pleasure has been more than a professional hurdle and accomplishment. It's the culmination of years of work, my development as a writer, my obsession with Pompeii and my stubbornness.

Presently, I'm working on a mermaid erotica novel which I hope to be the first book in a series.

I think what intrigues me the most is the power sex has over us. How sex can turn an intelligent, well balanced, logical and emotionally stable person into a panting beast. I've experienced it myself. One of my best friends said of me, "How could someone so intelligent do something so stupid?" What I had done was stupid, but how it happened in simple: sex. I didn't know how to wield the power of sex. It was a sword I was too weak to carry and it cut me in a thousand places. It had nothing to do with intelligence. Sex never does.

Intelligence is realizing that sex is powerful. And sometimes it's okay to give in to it, and other times it's not. 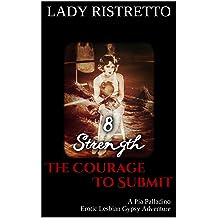 The Courage To Submit: A Pia Palladino Erotic Lesbian Gypsy Adventure Jun 10, 2016
by Lady Ristretto
$0.99
At ten years old, Pia Palladino must choose what her career will be in her family's circus. Pia's uncanny ability to defend herself from extremely aggressive men leads her to choose becoming a lady boxer. As a boxer, Pia is too proud, and perhaps too afraid, to let anyone get the better of her. But when the former Women's Boxing Champion of Ireland gets a job in the circus as her new opponent, Pia discovers when to let her guard down, and most importantly, when to keep it up. 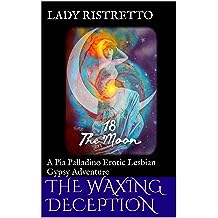 This book is a member of the Pia Palladino series of lesbian erotica and gypsy adventures. The books can be read independently, though there are recurring characters and relationships.
Read more 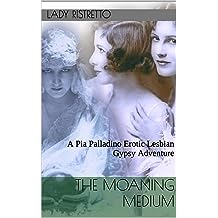 "Where does she come up with these things???" Marie Curie
Read more 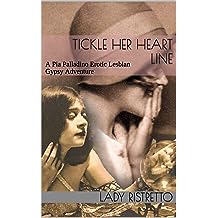