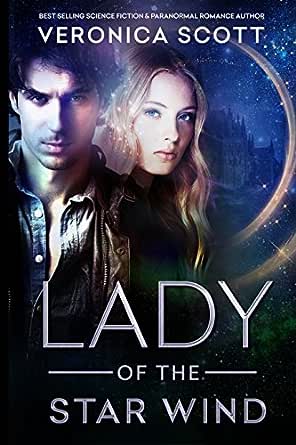 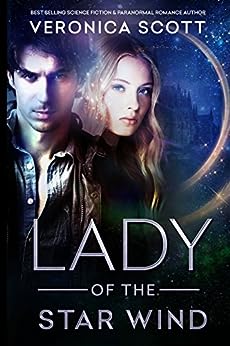 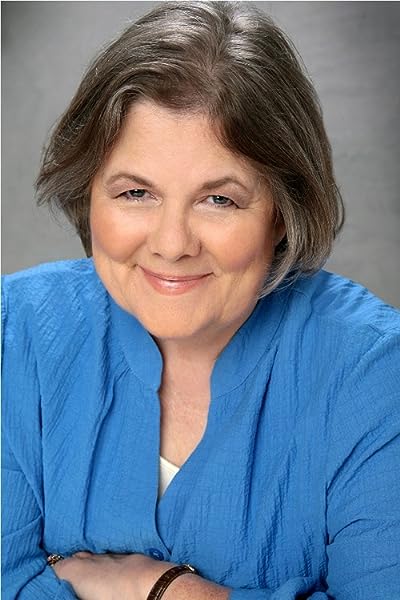 Best Selling Science Fiction & Paranormal Romance author and “SciFi Encounters” columnist for the USA Today Happily Ever After blog, Veronica Scott grew up in a house with a library as its heart. Dad loved science fiction, Mom loved ancient history and Veronica thought there needed to be more romance in everything. When she ran out of books to read, she started writing her own stories. --This text refers to the paperback edition.

4.3 out of 5 stars
4.3 out of 5
22 customer ratings
How does Amazon calculate star ratings?
Amazon calculates a product’s star ratings based on a machine learned model instead of a raw data average. The model takes into account factors including the age of a rating, whether the ratings are from verified purchasers, and factors that establish reviewer trustworthiness.
Top Reviews

Diane D. (genre fiction biblioholic)
3.0 out of 5 stars 3.5 stars on Amazon; 3 on Goodreads = I liked it. Sectors SFR X Andre-Norton-esque portal fantasy
Reviewed in the United States on October 2, 2016
Verified Purchase
This second-chance-at-love portal fantasy is a bit of a departure for Veronica Scott's Sectors SF series. After the first chapter or so, the only high tech is Mark's blaster and Sandy's medical bag, plus a few ancient enigmas -- and their knowledge/perspective, of course.. Dangerous deities meddle in mortal affairs (though it takes Mark a bit too long to be willing to admit it) and in order to fulfill their destiny in this new world, the H/h must reclaim the love and trust that her ruthless grandmother severed with torture and exile, and lies.

They quickly ally with one native group fighting to reclaim their nation from a traitorous regent and her cruel foreign allies. Things get a bit trope-y, with the quest for a possibly magical, definitely symbolic, McGuffin (well, two) and a new ally brings in a bit of Beastmaster (well, -mistress, here). --- N.B., there's room for [a] sequel[s] re. the other ancient treasures mentioned.

There are a few elements that I plan to look into before finalizing my verdict on the plot's plausibility, such as: how well can hawks really see at night? and did chariots really historically precede horseback riders in battle?

My personal preference doesn't lean toward war-type conflicts (i.e., large numbers manoeuvering on a battlefield) rather than the smaller personal sort where you know the names and personalities of everyone involved, but it was pretty good. I'm just as glad it didn't get too deeply descriptive and gritty.

As for the romance, it too was "not bad", though I didn't care for the "first time" in the narrative -- as I recall having commented on a previously-read VS story, too! A "since we're about to die, and even though we have to be quiet/wary, and the location is nasty..." hasty scene isn't very romantic to me. Also, I'm not quite quite clear re. the heroine's reaction back in the beginning, upon first seeing the hero again: why was she so hard to convince that he was truly alive and there, if she'd already found evidence he hadn't actually died?

Still, the story had some creative touches, and I did like the primary and secondary protagonists. Not a bad way to spend a few hours.
Read more
One person found this helpful
Helpful
Comment Report abuse

Kelly Rubidoux
VINE VOICE
4.0 out of 5 stars A Reading the Paranormal Review
Reviewed in the United States on September 25, 2016
Verified Purchase
I have to say, these Sector SF soldiers are pretty badass. Whether they're throwing themselves into a rescue or figuring out how to fit into a world that's very different from their own, they excel. Plus, they always pick the best ladies to share their adventures with. You know, the type who don't fall apart when things get tough. I like strong women in my fiction. They make me smile.

So. Mark and Sandy. Given their complicated and tragic past, things aren't all butterflies and roses between them at first. Honestly, this isn't surprising. I mean, being tortured, banished, and having your memories ripped away by the love of your life's grandmother isn't something that's easily gotten over. And since Sandy believed he was dead, she has some things to work her head around too.

Being transported to a distant planet and thrown in the middle of a coup tangles things up even further. Those two have a lot to figure out with their relationship all while trying to avoid an evil queen and her minions while helping those they believe are the rightful rulers.

Needless to say, they hit a speedbump or two along the way.

And we wouldn't have it any other way!

Liza O'Connor
5.0 out of 5 stars A magical story with everything you could ask for.
Reviewed in the United States on November 28, 2016
Verified Purchase
This is an action-packed story filled with danger galore, brave women and soldiers, touches of magic (or is it advanced technology?) and of course enemies that do not die easily. Veronica Scott has outdone herself creating this world, the authentic battles, the constant near deaths, and the love of the two main characters, Mark and Sandy, and secondary characters who fall in love as well.

Then she throws in the unique situations, such as when Sandy comes into possession of an ancient mirror that could alter the future for the better, but she has no clue how to use it, and until they fix something, it can’t be used. (I thought this brilliant!)

While this is a long tale, it was too fabulous to put down, so I read it in one day. And as all of Veronica’s stories, it ends with a very grand HEA.
Read more
Helpful
Comment Report abuse

tonkmom
3.0 out of 5 stars Not science fiction
Reviewed in the United States on February 7, 2018
Verified Purchase
There is not much "science" in this fiction. It should be labeled fantasy. I wanted to read all the novels in Veronica Scott's "Sectors" series. I could have skipped this one and missed nothing. It is well written. Veronica Scott is a good author. I have enjoyed other books in this series, but they are all science fiction, and based in the author's "Sector" world. The main characters in this book have been to the Sectors, but it doesn't take place there. Think middle east with chariots, gods, magic mirrors, and a trapped in the past feel.
Read more
Helpful
Comment Report abuse

J. Jones
VINE VOICE
4.0 out of 5 stars Outstanding World Bulding
Reviewed in the United States on July 13, 2016
Verified Purchase
Sandy and Mark are two great characters who make a choice that will change their lives. They have a history but it is 20 years in the past. There is a lot they have to work out and they have to do it in a very different world from the one they know. This is very different from previous Sector Romances. It is a very interesting mix of fantasy and scifi. Look for outstanding world building, great characters, and a romance that spans over 20 years.
Read more
Helpful
Comment Report abuse

Leslie L. Carter
5.0 out of 5 stars Another Wonderful Read!!
Reviewed in the United States on November 1, 2019
Verified Purchase
Another great read by Veronica Scott!! But then, it IS Veronica Scott and she never fails to deliver.
Read more
Helpful
Comment Report abuse

Kindle Customer
5.0 out of 5 stars Can't do it justice
Reviewed in the United States on May 30, 2016
Verified Purchase
This was a space opera set in a desert, er, some of the time. Mythical creatures and magic. Good and evil. Love and warfare. It is hard to categorize this book. But you have great characters and incredible action. I loved it.
Read more
Helpful
Comment Report abuse
See all reviews from the United States

Kim
5.0 out of 5 stars Superb
Reviewed in Canada on December 17, 2018
Verified Purchase
I enjoyed this story. The story was captivating from the beginning, it draws the reader in. To follow the exciting journey was a roller coaster ride!
Read more
Helpful
Sending feedback...
Thank you for your feedback.
Sorry, we failed to record your vote. Please try again
Report abuse

Rob Sullivan
5.0 out of 5 stars A great science fiction love story
Reviewed in Australia on November 17, 2016
Verified Purchase
For me a can't put down read.
Liked the character developement and the progression.
A most enchanting story.
Read more
Helpful
Sending feedback...
Thank you for your feedback.
Sorry, we failed to record your vote. Please try again
Report abuse