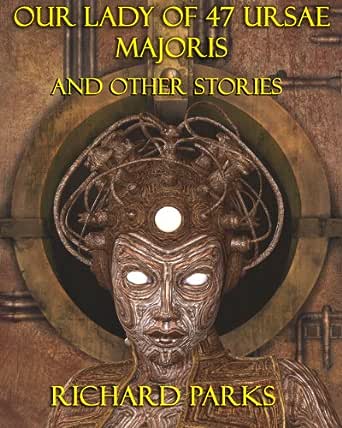 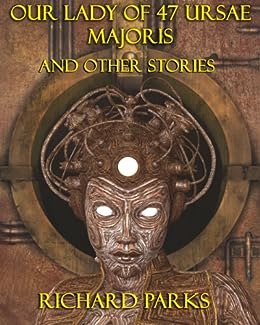 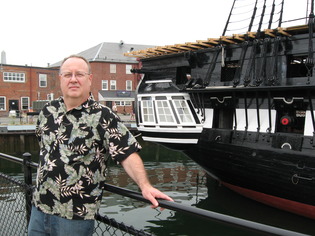 Our Lady of 47 Ursae Majoris and Other Stories Kindle Edition

Brian K.
4.0 out of 5 stars Parks's Foray into SF Produces a Mixed Bag
Reviewed in the United States on June 11, 2018
Verified Purchase
While not in general a big fan of ebooks, I'm definitely a fan of Richard Parks, and since I've exhausted what's available from him in dead tree editions, I decided it was time to take the plunge.

Parks has made his name with his fantasy fiction; this collection includes most (all?) of his straight science fiction. It's a bit of a mixed bag. His ability to advance plot based on his characters' rationality and empathy is on full display, but his usual optimism and lightness of touch gives way to a darker tone. The majority of the stories here could best be described as intimate science fiction horror, personal tales of human psyches under intolerable stress rather than grand vistas of galactic empire, otherworldly adventures, or speculations on extraterrestrial intelligence.

The setting of 47 Ursae Majoris seems to have struck a chord with him, as he utilizes it in three different stories, rather as he often revisits Canemill, Mississippi in his contemporary fantasies. We aren't, however, there enough to become very familiar with it. The title story is a quiet meditation on one of its archaeological mysteries, and the effect it has on beings of two different species. Two later tales set earlier in time, "Some Archival Material on the 2198 Stellar Expedition" and "Directional Drift," are much more disturbing. Together they feature the aftermath of the failed first human expedition to the system, revealing how time and isolation led to disaster for the explorers and an endless cycle of trauma and vengeance played out among their electronically recorded minds and their spacecraft's guiding artificial intelligence. Another piece, "Keeping Lalande Station," contains echoes of all three Ursae Majoris stories in a different setting. A failed expedition of a different nature leads to a more drawn-out trauma of isolation, in which nothing the unreliable narrator experiences can be completely trusted.

Parks's interest in the human mind and what technological advance might mean for it is revisited in two unconnected pieces, "Passing Zero Point," in which AI augmentation of the brain helps avoid disastrous social interaction at the cost of any interaction at all, and "Punishment," in which a criminal's mind is healed only for the purpose of making his execution meaningful. "Crows" strikes a similar note, this time in a tale of post-apocalyptic horror, in which representatives of an extinguished humanity are temporarily preserved in an undead state as an object (and abject) lesson. "Signs Along the Road" deals with the interaction of two damaged outcasts on the fringes of their respective societies, one of them ours, the other (perhaps) extraterrestrial. The feel here is a healing one, more in the mainstream of Parks’s work. "Poppa's Children," a tale of interstellar colonization, cloning and robotics, explores the consequences of a genius's inability to properly connect and care for his disparate creations. "Eucharist" has the feel of a supernatural fantasy, involving an apparent translation to godhood of Elvis Presley that is ultimately revealed as a grotesque perversion of science.

But the collection ends on a (literal) high note with "The Great Big Out," an exciting and involving adventure based on the evolution of storm chasing into an extreme sport. Here too the focus is an intimate one, but the feel of the story is ultimately positive and uplifting. After so much investment in the darker corners of SF, Parks here finally discovers a certain joy in the possibilities of scientific advance.

In summation, I would not call this a vital SF collection, or even a vital Parks collection, but it is definitely worthwhile, and an intriguing experience of his art from an angle that is not ordinarily foregrounded.