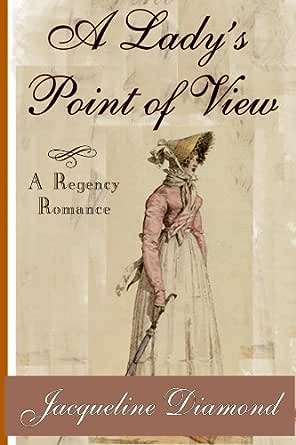 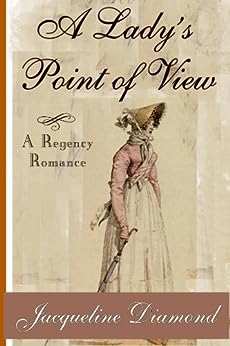 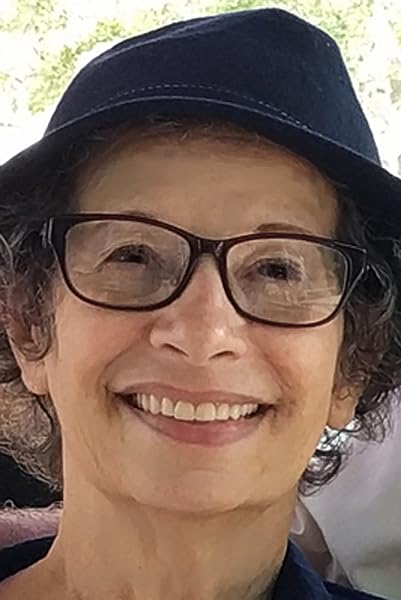 A Lady's Point of View: A Regency Romance Kindle Edition

"Ms. Diamond is one of the most consistently enjoyable Regency authors around."--Romantic Times magazine

"I was thrilled to find another author, like Candice Hern, writing in the great tradition of the Heyer Regency."--Regency Reader

3.7 out of 5 stars
3.7 out of 5
67 global ratings
How are ratings calculated?
To calculate the overall star rating and percentage breakdown by star, we don’t use a simple average. Instead, our system considers things like how recent a review is and if the reviewer bought the item on Amazon. It also analyzes reviews to verify trustworthiness.

I. Zawilski
5.0 out of 5 stars A Very Nice Two-Fer
Reviewed in the United States on January 23, 2018
Verified Purchase
Two sisters, two romances. Meg, Angela and their mother are facing hard times. Meg is extremely nearsighted but her mother won't allow her to wear glasses. As a result, she stumbles around ballrooms, and manages to "cut" Beau Brummel. The scandal causes her to leave London in order to save her younger sister's season. She plans to travel back to their rented-out home in the country, but a mishap with her glasses leads to her unknowingly entering Lord Bryn's carriage. The carriage is supposed to be picking up a governness but the lady in question has had a panic attack and is returning to London. By the time Meg realizes where she has ended up, and gets the chance to explain, she feels she's in too deep, especially since she knows the governness is never showing up. And maybe she's a little attracted to Lord Bryn, hmmm? While Meg is entrancing Lord Bryn (and with his fiancee to be on her way to his home) Angela is back in London falling for the brother of their closest friend -- the straitlaced, rather arrogant brother. Throw in a scheming widow and a very surprising fiancee to be, added to a couple of guys who are too prim and proper for their own good and you have a very fast-moving and entertaining romantic journey to two HEA's.
Read more
5 people found this helpful
Helpful
Comment Report abuse

Iryna Trauger
3.0 out of 5 stars Room for improvement
Reviewed in the United States on September 30, 2013
Verified Purchase
This book sounded like fun. Plot idea I thought was excellent, and the beginning was very good. I was really looking forward to a great story: mistaken for a governess, heroine ends up in hero's home and they are drawn to each other from the first sight. The story how they fell in love, how the relationship developed, could have been built upon further. Instead there is a good deal of time dedicated to a parallel love story of heroine's sister, who stays in London and officially "comes out" and encounters success with a friend's help. She falls in love - quite suddenly- with a gentleman who is absolutely a disappointment in my opinion: he is judgmental, rigid and emotionless like a fish. Her sister is described as a kind and lightheaded girl who is looking forward to a whirlwind of season's entertainment. However later - out of nowhere - we find out from the reflections of the gentleman she fell in love with, that she is seriously interested in politics and freely expresses unpopular opinions in society (which he finds inappropriate in a woman) - where did that come from? A very illogical character development.
So, I felt like reader is cheated on the time with main characters and forced to endure a silly sister's love story.
Furthermore, towards the end story goes on hurriedly, The Big Misunderstanding happens when hero finds out who the heroine really is and shuts her completely down not even attempting to understand. Anybody with half a brain could have seen she was sincere but oh well, I guess this is how it always is in romance. And she leaves. Then he decides to go to London after her (telling himself he is going to find another governess). He bumps into the younger sister's fiance who, despite the fact they barely know each other, blurts out all the nitty gritty to him. That I found not believable and this made me dislike the sister's choice even more.
In the end everything happens quickly and without much exploration of main characters' feelings. Nothing is said in the end about the children- hero's niece and nephew that were the reason for hiring a governess in the first place. They loved the heroine and it would have been nice to add an epilogue with a family scene including them, because they were the ones always talking about their uncle marrying her.
Overall, great beginning and great story idea, but not sufficiently developed and time wasted on the sister. Also, hero & heroine have undeniable attraction throughout the story and kiss several times but never seem to reflect upon it?? Not even the heroine?
Anyway, not bad story but could be better.

Reading Fanatic
5.0 out of 5 stars A Governess Romance and so Much More
Reviewed in the United States on April 21, 2014
Verified Purchase
I thoroughly enjoyed this book. It's well written, with a great plot, which, while not exactly original, certainly has a unique twist. Furthermore, I absolutely loved the characters! Not only are Andrew and Meg both extremely well drawn and relatable, but also Angela (Meg's younger sister), Helen (Meg's best friend), and Lady Mary (Meg and Angela's mother.) Meg, her sister, and their mother, are left in financial straits after their father's untimely death. Taking a gamble on her daughters' futures, Lady Mary decides to invest in a season for the girls. Meg is severely near-sighted. Unfortunately, her mother refuses to allow her to wear spectacles, as she believes that it would have a negative influence on Meg's marriage prospects. When Meg is disgraced after inadvertently snubbing Beau Brummell--who she could not see!--she leaves London, so as not to ruin her sister's chances at attaching an eligible parti.

As a result of her poor vision, and a case of mistaken identity, Meg makes an unplanned "detour" during her journey home, and instead arrives at the country estate of Andrew Davis, Marquis of Bryn, where he is expecting a new governess for his young niece and nephew. When Meg realizes the mistake, she is at first too shocked to correct the misapprehension. Later, she decides to stay--at least for a little while. The longer Meg remains at Brynwood, the more attached she becomes to Andrew and the children. Andrew is just as attracted to Meg as she is to him, but there is the added complication of the young woman to whom he is about to become affianced. The relationship that develops between Andrew and Meg is really sweet, and gradually blossoms into love.

In the meantime, in London Angela (Meg's sister) is having her first season. Periodically, the story switches focus from Brynwood to London to allow the reader to follow a side romance between Angela and Edward--he is the "stiff cheese" elder brother of Meg's best friend, Helen. That romance is fraught with difficulty as there is a woman who is determined to wring a proposal out of Edward. This same woman later tries to cause problems between Andrew and Meg, as she switches her ambitions from Edward to the Marquis.

This is a great book. I have to say that Ms. Diamond did an excellent job portraying the sisters romances in such a way that I cared about both couples equally. I've only encountered a few romance novels that focus on more than one romance, and whenever I have, typically I feel like the secondary romance is taking away too much attention from the primary. The contrary is true in this book, as I felt invested in both relationships, so much so that I got teary eyed a couple of times as Meg and Angela went through their romantic difficulties. Nonetheless, Meg and Andrew are the protagonists, thus the primary focus of the story is on the progression of their relationship. The bottom line is that I loved this book and highly recommend it. FYI, this is a clean romance.
Read more
3 people found this helpful
Helpful
Comment Report abuse
See all reviews

Caz
2.0 out of 5 stars Disappointing :(
Reviewed in the United Kingdom on August 25, 2012
Verified Purchase
I like reading older regencies and so I stocked up on a few to read on holiday. Although this was a pleasant enough way to pass a few hours, it lacked depth and consistency.

I have no problem with the idea that the short-sighted heroine could not identify friends and acquaintances because of her poor eyesight - I'm blind as a bat without my glasses myself! And perhaps the fact that she'd managed to inadvertantly "cut" as august personage as Brummell himself could have made her the target of gossip. Okay so far.

But the rest of it made me roll my eyes. The H&H fall in love very quickly with very little foundation for it, and then, once Meg is revealed to have been merely masquerading as a governess, he gets on his ridiculously high horse and I find it hard to believe that a man supposedly in love, would dump the object of his affections on such a flimsy pretext.

There's also a secondary romance which rather detracts from the main one, and I can't help feeling it's just there to pad out what would have been an otherwise meagre page-count.

One of the things I want to read about in a romance is how the H&H come together and begin to understand each other on a deeper level, past the surface attraction, which is something that many of the more recently written titles in the genre do very well.

NancyR
3.0 out of 5 stars Curate's egg
Reviewed in the United Kingdom on August 5, 2012
Verified Purchase
A story about how two sisters overcome various difficulties, and gain themselves two handsome, wealthy, if in some respects rather stuffy husbands. Some excellent bits, with interesting points about the poor eyesight and the social mores of the Regency times. It was rather spoilt for me by the willingness of the would be husbands to assume the worst of their intended. But an amusing read at the kindle price!
Read more
Report abuse