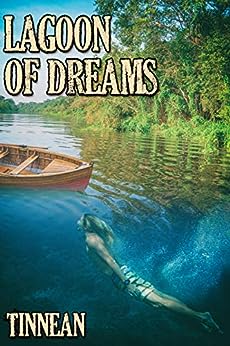 by Tinnean (Author) Format: Kindle Edition
See all formats and editions
Sorry, there was a problem loading this page. Try again.
David Knight has been plagued by dreams his entire life, only to have all memory of them vanish when he awakens. Now the dreams are coming with more frequency, and they seem to be drawing him to the Amazon.

A scientist with a PhD in ichthyology and a dedication to learning all he can about lungfish, whose existence dates back to the Devonian era, David is determined to see what the Amazon holds. His hopes seem about to be answered when Dr. Carlos Avila contacts him. It seems the Brazilian archeologist discovered the remains of a previously undiscovered species on a tributary of the Amazon, and he'd like nothing better than for David to join the expedition to see if more of the creature can be found.

Of course David leaps at the opportunity and flies to Pesadelo Bay to join the mismatched team. Once there, he discovers not only does Dr. Avila have his own agenda, but a former conquest as well as a friend who'd saved his life years before are part of the team and are engaged to be married.

Meanwhile, the need to sail up the Amazon to find what ... or who ... is calling him there has become more and more pressing, and David must decide which is the most important -- learning what Dr. Avila really is searching for, or finding the answer to his dreams?
Read more
Previous page
Next page

Tinnean has been writing since the 3rd grade, where she was inspired to try her hand at epic poetry. Fortunately, that epic poem didn't survive the passage of time; however, her love of writing not only survived but thrived, and in high school she became a member of the magazine staff, where she contributed a number of stories

It was with the advent of the family's second computer - the first intimidated everyone - that her writing took off, enhanced in part by fanfiction, but mostly by the wonder that is copy and paste.

While involved in fandom, she was nominated for both Rerun and Light My Fire Awards. Now she concentrates on her original characters and has been published by Nazca Plains, Dreamspinner, JMS Books, Wilde City, and Less Than Three Press. She has also self-published a number of books, including the Mann of My Dreams series and Best Laid Plans.

A New Yorker at heart, she resides in SW Florida with her husband and three computers.

She can be contacted at tinneantoo@gmail.com

If you'd like to sample her earlier works, they can be found at http://www.angelfire.com/fl5/tinnssinns/Welcome1.html .

4.0 out of 5 stars
4 out of 5
2 global ratings
How are ratings calculated?
To calculate the overall star rating and percentage breakdown by star, we don’t use a simple average. Instead, our system considers things like how recent a review is and if the reviewer bought the item on Amazon. It also analyzes reviews to verify trustworthiness.