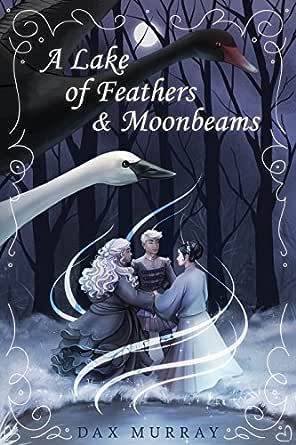 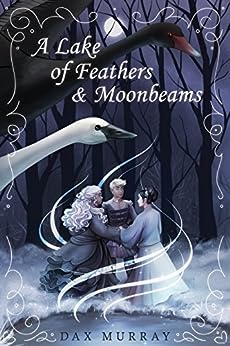 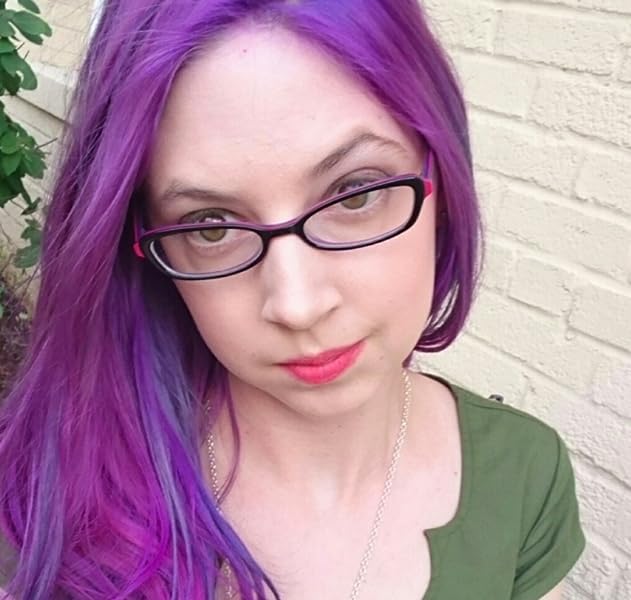 A Lake of Feathers and Moonbeams Kindle Edition

"I loved the queer-positive fairy tale world, but Iwas pleasantly surprised to find that was only the backdrop for a subtle story about trust, betrayal, and new possibilities. I highly recommendit, even if you're not familiar with the original story!" - Danika, The Lesbrary

Nikki
5.0 out of 5 stars Wonderful!
Reviewed in the United States on August 27, 2018
Verified Purchase
I realized reading this book that my only exposure to the story of Swan Lake is the old animated movie Swan Princess, which is really not very good. But you don't need to know the story of Swan Lake to appreciate this retelling of it!

I really enjoyed that the magic system in this book was not limited to one type. I can appreciate the simplicity that having a singular magic system can create for fantasy novels, but I think there's a certain simplicity and wonder in including them all as well! There was even a type of magic that I have not encountered in any of my long years reading fantasy, and I won't spoil what it was, but it's really interesting!

I feel like Murray really takes advantage of everything fantasy as a genre has to offer, including creating a world where non-binary and trans people are accepted and they and women hold high offices and positions of power and respect, and all sexualities and non-traditional relationship styles are accepted as well. A fantasy world where marginalized people thrive is so refreshing in the present where books like Game of Thrones dominate the genre.
Read more
Helpful
Comment Report abuse

L. R.
3.0 out of 5 stars Delightfully queer-positive book and setting
Reviewed in the United States on December 30, 2017
There were a number of things in this story that I loved:

- It's a bisexual-positive setting, with three different characters presented as attracted to multiple genders and it's neither controversial nor salacious to anyone else in the setting.
- There's an asexual background character who likewise exists without anyone thinking that asexuality is weird or bad.
- One of the protagonists is enby and once again this is presented as a fact no more noteworthy than being male or female.
- Polyamory is not quite so widespread: two characters wrestle with attraction without ever considering that polyamory is an option. But there's a background triad from one of the nations and again, their relationship is portrayed as reasonable and open, not scandal-worthy.
- There's the suggestion that one of the background characters might be trans (two women are described as having children together, but it's not explicit whether this is via magic or natural).

In any case, you get the idea: this is a queer-positive book which does not feel the need to deal with prejudice. "This is the way things are and everyone is fine with it." This approach is delightful and rare and I enjoyed it immensely.

Other upsides:
- Vivid, beautiful imagery in describing the magic
- Characters involved in an arranged marriage who react in a mature, responsible way
- Nuanced portrayal of a difficult, problematic relationship

- The book has some awkward infodumps, some of which are made worse by not even containing significant information (eg: several pages about different types of magic in chapter 1, some of which never come up again, and the list is not even exhaustive: other types of magic are introduced later, including a plot-critical form in the last quarter of the book.)
- The characters would benefit from more depth and development; one has the impression of characters who are much more complex and lively in the author's head than they are in what the author has managed to capture on the page.
- The writing sometimes sparkles -- there's a beautiful play-fight between the two female protags where they're just adorable -- but more often it feels stilted or overly simplistic.
- Contains many typos and editing artifacts, some of which are just weird ("98 nfo" after the end of a paragraph?) and misgenders the enby protag once, which is very understandable but did make me sad.

I enjoyed the book enough to finish it, which is a pretty high bar to clear in my case. There are lots of excellent, fun ideas in the story. I hope the author continues to refine feir craft and produces more books; there's a lot of potential here and I look forward to seeing more.
Read more
7 people found this helpful
Helpful
Comment Report abuse

Medina Gustavsson
4.0 out of 5 stars Queer Swan Lake
Reviewed in the United States on January 9, 2018
A retelling of Swan Lake, basically, except a lot more queer.

The basic premise: Katya's a young sorceress who lives in the forest with a sorcerer named Ivan whom she has known all her life. He taught her magic, and they are each other's sole companions. One day a princess named Yi Zhen comes travelling through the forest, and Ivan kidnaps her. He tells Katya to pretend to be Zhen's fellow prisoner and watch her, and places an enchantment on Zhen that turns her into a swan if she leaves a certain section of the forest. Meanwhile, Zhen's fiance, Princen Alexis, is wondering where she is, and sets out to find and rescue her.

Some of the queer elements: Princen Alexis is nonbinary and uses "they/them/their" pronouns, Katya is probably bisexual as at different points in the story she is in love with both Zhen and Ivan, and Zhen is both bisexual and probably polyamorous as she falls in love with both Alexis and Katya. It's a whole tangle of relationships.

With all these relationships in the mix I definitely cared about some more than others. Zhen and Katya's relationship is developed at an even pace, but Alexis and Zhen get much less time, so it's harder to care about their being in love apart from their relationship's political connotations. Actually the relationship that I thought was the most interesting, though, was Ivan and Katya's, which gets a lot of time in the first half of this book but much less in the second (and turns out to have some...issues...which might be why I liked it, I love relationships with complications and dysfunction, at least in fiction lols). I originally thought that the poly relationship in this book was going to be Ivan/Katya/Zhen, but it did not turn out that way

Writing style is that of a fairy tale. So, a bit lyrical but also a bit...stripped down to the basics? Hard to describe, but basically essence of Andrew Lang, we all know it when we see it. I like that kind of tone personally, as it's compact and atmospheric. The only real problem with it is that it's hard to mesh with strong character development, which means some of the characters also feel stripped down to basic traits rather than fully fleshed out.

Overall, it's probably a good novella for you if you like polyamorous fairy tales (or have never read any but want to). I received an ARC from Netgalley in exchange for an honest review.
Read more
One person found this helpful
Helpful
Comment Report abuse
See all reviews