Land: A New Paradigm for a Thriving World and millions of other books are available for Amazon Kindle. Learn more
Share <Embed> 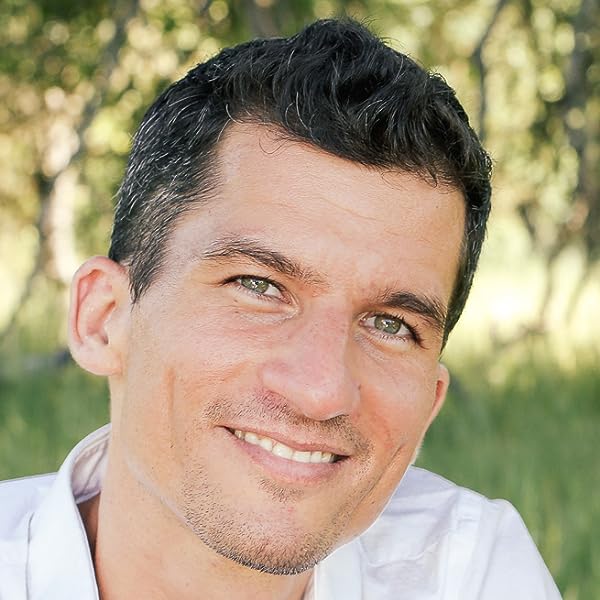 “With great clarity and care, this book takes economics to its proper foundation: the earth itself, the land and all that comes from it.”
—Charles Eisenstein, Sacred Economics

“A brilliant contribution from one of the most important voices of our time.”
—Thom Hartmann

“If you want to truly understand the way out of our present economic challenges, read this book.”
—Peter Barnes, Capitalism 3.0

“Land is a modern breakthrough that deserves to be on the reading list of anyone who cares about the ways that together we can create a sustainable future on our planet.”
—Judah Freed, The Dawn of Global Sense

MARTIN ADAMS is a social innovator, systems thinker, and community organizer. As a child, it pained him to see most people struggling while a few were living in opulence. This inspired in him a lifelong quest to create a fair and sustainable world in collaboration with others. As a young adult, groomed for a career in finance, he walked right past Wall Street and chose instead to dedicate his life to community development. Through his non-profit work, he saw firsthand the extent to which our economic system causes human and ecological strife. Consequently, Adams has devoted himself to the implementation of a new economic paradigm that allows humanity to thrive in harmony with nature. Land: A New Paradigm for a Thriving World is the fruit of his years of research into this economic model and stands as an appeal to changemakers worldwide.
Start reading Land: A New Paradigm for a Thriving World on your Kindle in under a minute.

Suza Francina
5.0 out of 5 stars Essential Reading for Elected Officials and Spiritual Leaders
Reviewed in the United States on June 25, 2017
Verified Purchase
LAND is essential reading for anyone serious about understanding the root causes of our economic, social, and ecological problems. With great love and compassion, and deep spiritual insight, the author, Martin Adams, takes economics to its rightful, ethical, sustainable foundation: the earth itself, the land and all that comes from it.

"Let's imagine a world where both lighthearted play and purposeful work, not drudgery, are the order of the day for all human beings---a world where our reality overflows with material abundance and where everyone can focus on maximizing their potential instead of on scrounging for money. My greatest hope is that one day each human being---every one of us---will be able to participate in a society that's inherently just and that also considers the well-being of future generations. To achieve this, we have to work together in appreciation of our differences and on behalf of our common humanity. When enough of us work together for the common good, then, to paraphrase Buckminster Fuller, we will one day create a world that works for everyone." ---Martin Adams

Bryan Kavanagh
5.0 out of 5 stars A TOP READ
Reviewed in the United States on April 19, 2016
Verified Purchase
At a point in history where the western world has come to reflect many socio-economic ills stemming from the vast and growing wealth gap between the 0.1% and the 99.9%, "LAND a new paradigm for a thriving world" may sound like a political nostrum, but any such thoughts are dispelled early in the reading of Martin Adams' far-reaching book. He displays an ease and mastery of language, logic and story-telling that draws us into an extraordinary account explaining the way we were delivered to this ominous watershed, and what we need to do to extricate ourselves. Every politician and policymaker would do themselves a favour were they to obtain a copy of the book so they may attack the root of our distress rather than its symptoms. Apposite epigraphs adorn each chapter, not the least Aldo Leopold's which characterises Martin Adams' estimable work: "We abuse land because we regard it as a commodity belonging to us. When we see land as a community to which we belong, we may use it with love and respect." My unfortunate habit of dog-earing a quotable passage has left Adams' book looking very much the worse for wear.
Read more
2 people found this helpful
Helpful
Report abuse

chiefarchitect
5.0 out of 5 stars Truth is better then Fiction!
Reviewed in the United States on June 28, 2016
Verified Purchase
Truth is better then fiction! A must read in order to really understand why it is where we stand in the world today.
Read more
3 people found this helpful
Helpful
Report abuse

R. Jordan Hall
4.0 out of 5 stars Important ideas presented in an accessible manner
Reviewed in the United States on August 28, 2015
Verified Purchase
I'm convinced that this approach to real property is on the right track. A lot of good ideas and if you pour through the footnotes, well documented and easily presented. I'd have preferred a more powerful approach that goes after some of the hard problems, but this book is targeting anyone who is interested in the space and is good for what it is.
Read more
3 people found this helpful
Helpful
Report abuse

Dan Millman
5.0 out of 5 stars A Visionary Work That Could Change Our Society
Reviewed in the United States on March 31, 2015
I'm not an economist. If I were, I might appreciate this seminal work on an even deeper level. My impressions are those of a layperson interested in big-picture solutions to endemic problems — how new ways of thinking might positively impact not only my life but might also transform human society.

Land is well-conceived and clearly written. It might also one day be viewed as one of the more important books of this era. The concept of what author Martin Adams calls "community land contributions" is an idea whose time must come. While his term may be new, his proposal and paradigm is founded, as he acknowledges, on earlier ideas expressed by economists and social philosophers including David Ricardo, John Stuart Mill, Adam Smith, and Henry George.

I happen to know the author as a person of high integrity — an idealist and visionary whose work reflects the words of Robert Kennedy: "There are those who look at things the way they are and ask why…I dream of things that never were, and ask, why not?" In fact, Mr. Adams states a number of examples of countries and times that did make some attempt to implement the vision he outlines, and to good effect. This ideal may yet become a reality.

I won't even begin to attempt to summarize his full thesis — one must read this compact book to better understand. But I can say that the author acknowledges the primary purposes of his book — first, to enhance the readers' awareness; then, to sow these ideas as part of the public education and discourse; and finally, to advocate it in the halls of Congress and with courageous and far-seeing influence makers as a way out of our huge gap of income inequality, lead to tax reform, lower land prices, and many more benefits to society.

The author repeats himself on numerous occasions, but I believe for a good purpose — to help reinforce a new way of thinking, and looking at our entire structure related to what he calls "The Law of Rent" which effects every facet of society.

He builds his case layer by layer from Introduction, to basics about "The Production of Wealth" and the "Free Market" to "Social Decline" — then, having prepared the reader's understanding, he offers a solution so sane, fair, and rational, that only those whose lives are dominated by exclusive self-interest may fail to appreciate. This book provides a conceptual bridge between what is and what could be: A better world.

I now consider myself better informed in an economic area of life I had not understood or even considered. The read was more than worthwhile. I hope Land reaches many readers. It is truly, as the subtitle states, A New Paradigm (and possibility) for a Thriving World.
Read more
7 people found this helpful
Helpful
Report abuse
See all reviews

Francesco Scaravilli
5.0 out of 5 stars Five Stars
Reviewed in the United Kingdom on February 5, 2017
Verified Purchase
To be recommended
Read more
Report abuse

luke marriott
5.0 out of 5 stars Five Stars
Reviewed in the United Kingdom on January 27, 2016
Verified Purchase
Truely inspiring!!!
Read more
Report abuse
See all reviews
Pages with related products. See and discover other items: graphs and charts, real estate development
Back to top
Get to Know Us
Make Money with Us
Amazon Payment Products
Let Us Help You
EnglishChoose a language for shopping. United StatesChoose a country/region for shopping.
© 1996-2021, Amazon.com, Inc. or its affiliates