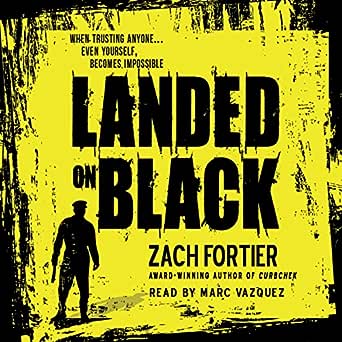 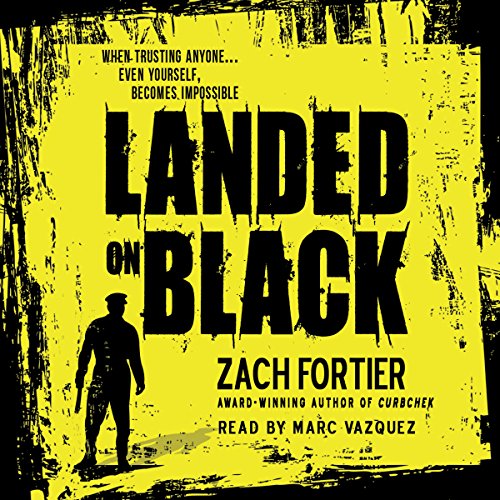 3.9 out of 5 stars
3.9 out of 5
152 global ratings
How are ratings calculated?
To calculate the overall star rating and percentage breakdown by star, we don’t use a simple average. Instead, our system considers things like how recent a review is and if the reviewer bought the item on Amazon. It also analyzes reviews to verify trustworthiness.
Top reviews

Antikrunk
2.0 out of 5 stars Bear in mind, I only made it through the first 5 chapters of this book.
Reviewed in the United States on February 14, 2016
Verified Purchase
I've been a police officer for 10 years. Every day is a struggle to maintain my sense of fairness, and to continue to treat people with dignity. I've seen more than a few cops cave to the "us verses them" mentality, to the assumption that everyone we deal with is dirt, and ultimately lose faith in the people we serve. It's the easy path. The more difficult path is to stay true to the one universal truth of law enforcement; you're there to serve, protect and defend. Granted, you do it with a critical mind, and you do your best to sort through a lot of lies to find the truth in every situation. You strive to enforce the law while respecting and preserving the rights of even the criminals you deal with. Maybe I'm idealistic, but I like to think I'm doing what I've sworn to do.

With that all out on the table, the tone of this book is that of a cop that lost faith in the world a long time ago. It's not that this book isn't entertaining, but I spend a majority of my time around cops that are cynical chest-pounding tough guys, and I don't want to be around them when I'm home with my family. I would not discourage you from reading the book, but I would hope that you don't take this as the gospel truth for all law enforcement. Some cops are like this. Some departments work in areas like this. But for the rest of us, we're just trying to do the best we can for our families and the communities we serve, while maintaining our sanity and the belief that there are more good people out there than bad.

retiredcopper
3.0 out of 5 stars Not realistic
Reviewed in the United States on September 3, 2019
Verified Purchase
I spent 25 years in uniform working the streets in a large midwestern city. I’ve partnered with a lot of different types of cops with a lot of different personalities and it didn't take long for my BS alarm to go off on this book.

This author comes across to me as the most self righteous of any cop I ever worked with and I’ve worked with a lot of holier than thou types. In this book, everyone is wrong and the author is always right. Everyone is inept and has an ulterior motive but him, and he wants you to believed he was the smartest and most enlightened cop out there.

I'm sure most of his tales contain an element of truth, but then he begins to embellish and things get ridiculous. My guess is most of the stories were half truths and if this helps him to sell books and put a few bucks in his pocket, then I guess more power to him. You know if this author was as great a cop as he depicts himself, why was he never promoted and why isn't he a Chief of Police somewhere teaching other cops how to be as great as him?

The bottom line is that while this book is fairly entertaining and is put together well enough grammatically, take these war stories with a grain of salt.

Ralph E. Vaughan
5.0 out of 5 stars Some Days are Like That...
Reviewed in the United States on December 17, 2014
Verified Purchase
Former policeman-turned-author Zach Fortier continues his cathartic journey through a life filled with violence, betrayal, horror, and, occasionally, hope. Although the narrative is episodic, as befits the life of a police officer who must compartmentalize his thinking processes to deal with each case on an individual basis, there is still a thread that runs through the book, beginning to end, taking the reader on an almost mythic journey into the Underworld. Fortier is a Dante without a Virgil, left to wander on his own through the Dark Woods and the increasingly dire Circles beyond. Just as the Inferno was populated with demons and the damned, the unnamed city of Fortier's beat has villains who sometimes look like villains and who sometimes look like cops, and the same could be said for the legions of damned souls unable to escape fates that are largely of their own choosing. Occasionally, he is able to pluck a lost soul from the mire; more often then not, they leap back in, as did the probationary teen, remanded to Fortier's care by a judge, who decided life as a gangbanger held more allure than life as a law-abiding citizen. But, rarely, someone saved remains saved, giving Fortier some glimmer of hope, at least for himself if not the chaotic society he serves. In "Landed on Black," Fortier testifies to his experiences in a blunt and explicit manner, holding back none of the rage and violence, none of the brutality and deception, none of the revulsion and frustration. Like Fortier, the reader will at times find himself laughing at all the wrong things, for sometimes that is the only way to counter the horror of the abyss. Students of criminology will not find much here, nor will the true crime fans who like their mysteries neatly packaged, but those who want to gain a greater understanding of the chaos afflicting society and to know the players on both sides will find a trove of material, and much to ponder.
Read more
3 people found this helpful
Helpful
Comment Report abuse

W. Shattuck
5.0 out of 5 stars Good accounting of police work in America.
Reviewed in the United States on January 24, 2016
Verified Purchase
I love stories written by cops. I have an enormous amount of respect for what they do and just hate the fact that they have so much hate directed at them. The BS they have to put up with is in itself a crime. I have read several of Zach's books about his life experience as a police officer and I have enjoyed every one. I highly recommend all of them to the true crime lover. He has a way of helping us understand the not so glamorous side of police work and the difficulty they encounter just getting their job done. At the end of the day, if they just make it home in one piece it's a good day. I will continue to read this author's memoirs as long as he continues to write them.
Read more
2 people found this helpful
Helpful
Comment Report abuse

Douglas Terry
3.0 out of 5 stars A bit too gritty for me
Reviewed in the United States on November 29, 2014
Verified Purchase
I've read a couple of books by this author before. Probably to some extent I just ready for something else, hence only 3 stars. He makes the point well that the life of an inner city cop can be a lot less than glamorous but parts of this one were just downright gross in the filthy conditions in which some of his "clients" live. And 30+ years on the force can make you cynical and all that. I realize that having retired after 43 years on a job myself. But Mr. Fortier really hammers on the trust no one theme a bit much for me. Don't trust fellow officers, teachers, anyone. I agree you have to keep your eyes open but I wouldn't want to live in a world where I felt I could trust no one.
Read more
6 people found this helpful
Helpful
Comment Report abuse
See all reviews

Just Me
4.0 out of 5 stars Entertaining to read.......
Reviewed in the United Kingdom on September 1, 2016
Verified Purchase
Entertaining read - Was fascinating to read about the lives of the cops & the criminals they dealt with. I personally enjoyed it as one would never know about what these cops deal with if nobody writes about them. Hope he writes another book as I love reading about other peoples' lives & the work they do.
Read more
Report abuse