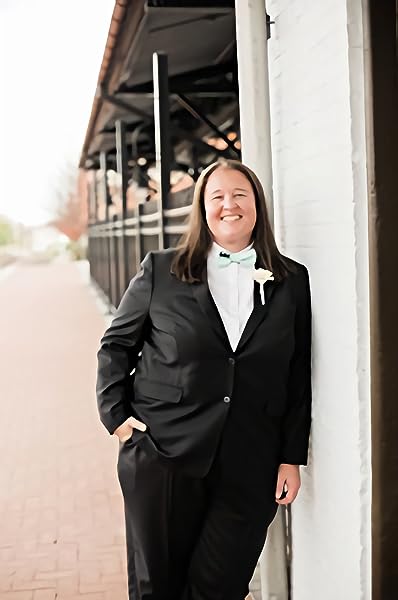 Jackie D was born and raised in the San Francisco, East Bay area of California, where she still resides. She earned a bachelor's degree in recreation administration and a dual master's degree in management and public administration. She is a Navy veteran and served in Operation Iraqi Freedom as a flight deck director, onboard the USS Abraham Lincoln.

She spends her free time with her friends, family, and incredibly needy dogs. She enjoys playing golf but is resigned to the fact she would equally enjoy any sport where drinking beer is encouraged during game play. Infiltration, Book One of the After Dark Series is her first book. She is currently working on the sequel.
Start reading on your Kindle in under a minute.

3.2 out of 5 stars
3.2 out of 5
8 customer ratings
How does Amazon calculate star ratings?
Amazon calculates a product’s star ratings based on a machine learned model instead of a raw data average. The model takes into account factors including the age of a rating, whether the ratings are from verified purchasers, and factors that establish reviewer trustworthiness.
Top reviews

Kindle Customer
5.0 out of 5 stars Really, Really Good Stuff
Reviewed in the United States on October 15, 2016
Verified Purchase
I read somewhere in the neighborhood or five to six books a week. They can range anywhere from "How the hell did this ever get published?" to books that I enjoy so much that I can't wait to read again. This is not only a book I'll be reading again but will have me going straight to the Amazon website to see what other books by Jackie D I can buy.
The author does a wonderful job developing two main characters who have you immediately invested in their happiness. There is a fantastic list of best friends, family members, and coworkers who help turn this into a top notch story.
Lands End easily slots into the top 10% I have read in this genre--and I've read a lot.
Buy this book.

Luns Fleig
1.0 out of 5 stars Book
Reviewed in the United States on May 7, 2017
Verified Purchase
Well I made a mistake in ordering this. I wanted a book and I got a down load instead .
Read more
Helpful
Comment Report abuse

Lands End by Jackie D is your standard romance novel. That is not a bad thing! This book has two loveable, but slightly flawed main characters, a beautiful setting, and just enough conflict to keep you interested. I liked it! I don’t always need tons of angst or a crime-solving heroine to keep me interested. Sometimes you just need a good book and a glass of wine to decompress from life’s pressures. This is what you get with Lands End, a good, solid romance that holds your attention, and leaves you feeling content.

Lena Michaels is the proprietor of Lands End, a renowned San Francisco restraint that she inherited after her parents murder seven years ago. Along with running the restaurant, Lena is also the guardian to her, wild sixteen-year-old sister. Lena spends all of her time managing/juggling the headaches of a business and a rebellious teen. She casually dates but has that Seinfeld syndrome, of always finding faults.

Lena’s sister Laura is how she meets publicist, Amy Kline. Amy is a publicist to the highest profile clients in the Bay area. She deals with their messy scandals, spinning them to keep these wealthy individuals from feeling the heat of their actions. Her client a devious pro football player that likes to hang out with teenage girls, he ends up being photographed with Laura at a nightclub. Ugh Oh! Lena heads down to rip Amy a new one, and the fireworks go off. Of course after that meeting they run into each other on the constant.

This is a good book that I enjoyed my time with. For me, Jackie D is two for two and on my automatic read list. ARC was given to my by the publisher in exchange for an honest review.

Lex
4.0 out of 5 stars An Enjoyable Read
Reviewed in the United States on September 20, 2016
I was pleasantly surprised by how much I really liked this. This is my first book by Jackie D, and I enjoyed her writing. Her characters are so well fleshed out, that you feel a connection with them. Even the smaller roles of the secondary characters, were well done.
This story is about Lena, a restaurant owner, taking care of her younger sister due to her parents murder. And Amy, a publicist, whose job is to clean up other peoples messes. They start off on the wrong foot, when Lena's underage sister is found with one of Amy's football clients. Amy and Lena, soon find that they can't keep their minds off each other. Wondering if there could be more than just an attraction.
Now I must admit, this story does follow the same arc we find in many LesFic romances. Been there done that. But I was okay with it, and ate this story up anyway. As I said before, the characters are so well written, that you can't help but read through the angst, hoping everything is going to be fine. I even had to suffer through an ex-girlfriend (which I normally hate) but I still was enjoying myself. I believed in this romance and wanted to see it come to fruition.
What I also enjoyed, about this story, was the twist of the murder mystery. While it is a small part of the book, it added some excitement and made the book about more than just the two main's relationship.
I really think this book is one romance fans are going to enjoy. I can easily recommend it and hope others enjoy it as much as I did.

An ARC was given to me from Bold Strokes Books, for a honest review.
Read more
Helpful
Comment Report abuse

Kindle Customer
4.0 out of 5 stars A Pleasure to Read
Reviewed in the United States on September 28, 2016
This was an enjoyable read with a nice balance between attraction and reality.
Reality for Lena is managing her parents restaurant following their untimely death and wrangling her defiant sixteen year old sister Laura. Reality for Amy is finding ways to keep her misbehaving clients out of the media spotlight. When called upon to deal with a situation involving a well known football player and three under aged women she comes face to face with an angry and protective Lena.

There is instant attraction but not insta love. Both women find all kinds of ways to send the wrong signals to one another but the misunderstandings are minor and soon forgiven. The decisions they make are influenced by events from the past and encouragement in the present. I like the positive vibes of Lena and her charitable work for the homeless and how it influences Amy. I like how both women find ways to communicate even when one disappoints the other. I like how supportive their friends are and how well this story flows.

My only negative was that the mystery aspect of the story failed to deliver some needed tension to the plot but it did give some closure to events from the past.

ARC received with thanks from Bold Strokes Books via NetGalley for review.
Read more
One person found this helpful
Helpful
Comment Report abuse

TGhost
4.0 out of 5 stars Little misleading but good book!
Reviewed in the United States on September 22, 2016
The description is a little misleading as the whole football player event really only gets the two main characters to meet and then it basically goes away. This is more a story about Lena having a problem with Amy's career choice because of the people she has to defend as they are falling in love with each other. Saying that, the book is well written and an easy read. There isn't anything too steamy about the two characters getting together, but it's a nice simple romance with a little drama thrown in. I'd recommend buying it!
Read more
Helpful
Comment Report abuse
See all reviews from the United States