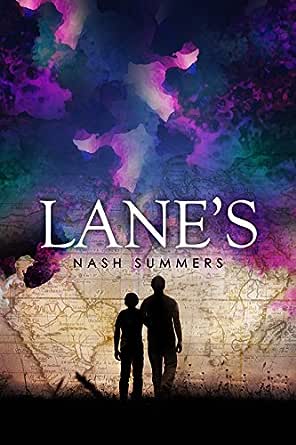 You've subscribed to Life According to Maps! We will preorder your items within 24 hours of when they become available. When new books are released, we'll charge your default payment method for the lowest price available during the pre-order period.
Update your device or payment method, cancel individual pre-orders or your subscription at
Your Memberships & Subscriptions
There was an error. We were unable to process your subscription due to an error. Please refresh and try again. 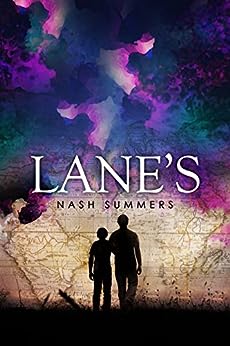 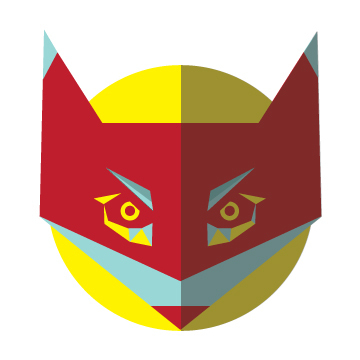 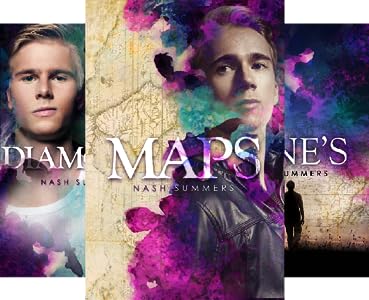 BhamGhostwriter
5.0 out of 5 stars amazingly fabulous!
Reviewed in the United States on May 14, 2019
Verified Purchase
I bought the "first chapter" of LIFE ACCORDING TO MAPS about 4 years ago and loved it (even though the cover model just didn't at all look like Maps as I had pictured him in my mind - that has since been corrected with the new cover of Volume 2). At the time, I didn't realize that it was going to be a series - which I USUALLY dislike - but the 3 part omnibus (published later) is a huge exception to my rule about avoiding a "series." It was only maybe a year ago that I re-read Part 1 - which I admired even more the second time around - that I realized that this wonderful author had published two more chapters of the book. So I immediately bought the 2nd and 3rd "chapters" for my Kindle AND the complete edition in hard copy. This 3 part series has to be one of my greatest Amazon discoveries.

It has been many years since I was in my teens and slowly coming to terms with my gayness - without any help from a great book like the MAPS series. Reading the MAPS Omnibus in the 1960s would have made my life (and my feelings about myself) much, much more pleasant and fun.

As it is, MAPS allows me to ethically revisit my teen years and all of the mistakes I made - a few of which Maps (the nickname for the main character Mattie) also makes - only 2 generations later. I totally am crazy about Maps, his best [straight but not narrow] friend Benji, Lane (Maps' first and only gay romantic interest), Lane's baby sister Stacie (who, in her own weird way, helps bring Maps and Lane together), Maps' flamboyant friend Perry from work (who first appears in this 2nd volume) and even both Maps' and Lane's parents - especially Maps' dad who is so very much unlike the stereotypical "Dad" in the usual run-of-the-mill gay YA coming out stories.

I've now read this complete series 5 or 6 times and I get something new and enjoyable out of it each time I read it. The dialog is perfect for teens in the ca. 2015-2020 time frame; the book is hilarious in parts (maybe not quite the ROFL kind of hilarious as "The Epic Love Story of of Doug and Stephen" by the late Valerie Lewis but almost - e.g., the "You Leave Me, I Leaf You!" scene between Maps and Benji in this final part of the book); plus the ALMOST complete lack of angst as the relationship between Maps and Lane grows - and grows on the reader.

While there are some great "making out" scenes, there is little mention of sex between the two main characters thereby making this a perfect book for younger and [perhaps] "questioning" teens and pre-teens (say ages 11 to 18). But, unlike most books in that genre, this is one that reminiscing adults - like myself - can really get a kick out of as well. The book, the characters, the scene-making and the dialog are just so perfect that this story could really be made into a truly great movie. I hope to see that happen!
Read more
Helpful
Comment Report abuse

Nancy
5.0 out of 5 stars How is it possible
Reviewed in the United States on December 21, 2016
Verified Purchase
to laugh so hard. ... and yet be so emotional that I can barely read the words through the tears? Let me tell you, it takes a truly gifted author like Nash Summers, and her creation of wonderfully complicated characters loke Maps. Characters who are hilarious, yet simultaneously poignant and affecting, and so real you swear you've always known them.

I was going to talk about my favorite scene; dinner with Lane's parents, but then the baseball game happened, and the driving lesson happened, and then David Suzuki, and Tree #4, and prom ... and I could no longer pick just one.
I know this is supposed to be the last book in the series (read the other two first, you'll love this book even more) but I truly hope we get to revisit Maps and Lane, and Benji and Perry, and Princess Madame Sprinkle (aka Satan's spawn) a few years from now, you know, maybe just to check in and see what new experiments Maps has come up with.
Read this entire series, and then check out her other books asap. She is an author whose works feel like small perfect found treasure, to be greedily hoarded, and pored over again and again.
Read more
2 people found this helpful
Helpful
Comment Report abuse

Ulysses Grant Dietz
4.0 out of 5 stars The third winsome chapter in the life of Maps Wilson
Reviewed in the United States on February 6, 2017
Verified Purchase
The third in the charming series of novellas about Matthew Wilson, known as Maps to his parents and friends, “Lane’s” takes us up to the end of Maps’s high school career as he faces the idea of a life away from home, and possibly away from his friends.

Maps is not a normal kid. He’s a genius, and he’s a bit self-delusional in that adolescent way in which some teens see the world only through their own eyes, unable to make the leap into someone else’s mind. Maps is rather marvelously innocent this way. He is immune to sexual innuendo, and constantly bemused by the goings-on of his best friend Benji (who is more or less straight) and his other good friend Perry (who is very gay and sparkly). Even Maps’s big jocky lug of a boyfriend, Lane Rhodes, who adores Maps and openly woos him in the most romantic ways, is puzzled by Maps’s naivete. Maps is so caught up in the constant whirl of his own thoughts, that he is cushioned from the reality of the world around him.

Until, of course, he realizes that he can’t just ignore college and expect his life, and his friends, to go on as if nothing is going to change. This is a poignant and sweetly heartbreaking moment in Maps’s life. This madly self-confident little man is suddenly forced to deal with uncertainty and the terror of an unknown future.

Nothing horrible happens. Maps is surrounded by (sometimes exasperated) love, from parents and friends alike. His trauma is real, but all that love ultimately finds a way to help him envision a future in which he can be himself, and possibly be more.

Filled with sly comedy and quirky characters “Lane’s” will stir of memories of your own teenage years. It may be the final book in the series, but it is a small jewel in the world of YA writing.
Read more
One person found this helpful
Helpful
Comment Report abuse

AAHickman
4.0 out of 5 stars Sad to say goodbye to these characters
Reviewed in the United States on October 24, 2017
Verified Purchase
I'm sorry this series is over, I'd love to see what happens with Maps and Lane in the future, Benji and Perry too.
Maps is one of the oddest characters I've ever read, and I loved him for all his quirks, although I'm pretty sure I wouldn't want to know him in real life. Lane is so sweet and caring, everyone should have a Lane in their life. Together they are wonderful.
The usual Summers problems exist here, and there were a few scenes I would have liked to read instead of having them introduced, and then dropped, but overall it was still a good read.
I will re-read this series when I need something that makes me smile.
Read more
Helpful
Comment Report abuse
See all reviews from the United States

Edga
5.0 out of 5 stars Brilliant!
Reviewed in the United Kingdom on December 21, 2016
Verified Purchase
I absolutely love this series. Maps and Lane are adorable together and I hate Nash Summers for leaving this last book at a sort of a cliff hanger. I'm desperate to know whether or not Maps and Lane will be together (of course, they will...I desperately hope). How will Maps cope without his best friend, Benji and does Benji have a soft spot for Perry, even though he swears he's straight and that he dislikes Perry immensely? Nash Summers has surpassed herself with this ,so far, three part series. It's YA, no sex, and just wonderful. Takes me back to when I was eighteen. Maps is such a unique character, I absolutely love the way in which his brain works. I thoroughly recommend this series, a must read.
Read more
Helpful
Sending feedback...
Thank you for your feedback.
Sorry, we failed to record your vote. Please try again
Report abuse

Lori Powell
5.0 out of 5 stars Amazing
Reviewed in the United Kingdom on June 7, 2017
Verified Purchase
I think this may even be my favourite in the series, I'm not sure why it took me so long to read it. What a mistake to make! I have so much love for Benji, Lane and Perry - and of course the wonderful Maps. This talented author has done it again. Amazing.
Read more
Helpful
Sending feedback...
Thank you for your feedback.
Sorry, we failed to record your vote. Please try again
Report abuse

Kindle Customer
5.0 out of 5 stars Had to read it in one sitting.
Reviewed in Australia on June 17, 2017
Verified Purchase
Hilarious and sweet - love this series. Don't start reading late at night if you have to work tomorrow......
Read more
Helpful
Sending feedback...
Thank you for your feedback.
Sorry, we failed to record your vote. Please try again
Report abuse