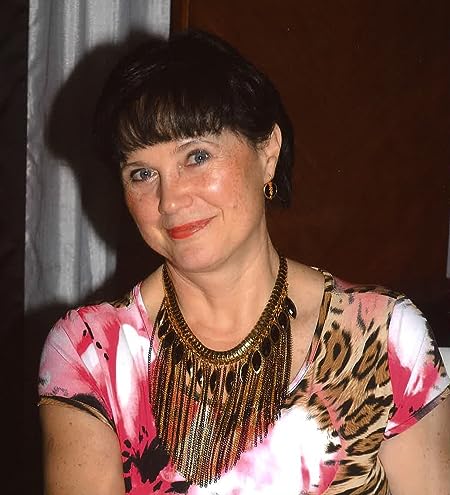 I believe that everyone is born gifted and talented in some way. However, not everyone knows what his gift is and those who discover it early stage of their life can truly be considered lucky. Knowing what their calling in life is allows these people to pursue their happiness by devoting themselves to the discovery of their talent.

Unfortunately, most people live all of their lives never knowing the true purpose of their existence. Yet, others are fortunate enough to discover it much later in their life. Whether it is painting, poetry, writing or something else; once discovered, these people live in a world full of new colors, new meaning, and new interests.

There was a time when I had dreams of becoming a painter. I thought that as soon as I touched the paintbrush, I would be able to create a masterpiece, perhaps an amazing and intriguing portrait or landscape. But, as soon as I took a brush or a pencil, all I was capable of producing were the silly marks of a five year old. “No talent” – I decided.

One day, however, it felt as if something had pushed me towards the computer and my figures started typing on their own. Five minutes later I lifted my head and read the text in front of me. It was the first seven pages of my new book. After that the process of novel plotting started taking place, the characters began to shape…I submerged myself in the sweet torture of the crafting process. First five chapters were written on a single breath. Then there was an agonizing phase of little progress that lasted almost two years. But those years were not spent without working. I dedicated them to building my characters, understanding them, shaping the interconnections between them, and spending much time researching and digging the history. Finally, the law of transformation of quantity into quality took place. The remaining twenty five chapters were written within six short months.

My novel “Thin Thread of Destiny” captures periods from 1918 to today. The fate of Ukhtomsky family is relatively typical to many Russian and Soviet people. Love and hatred, loyalty, deep honesty and betrayal, kindness and cruelty, hope and failure of social norms – all were experienced by my characters in the book. Actions of the novel take place in Russia and in the USA.

The critiques classified my book as modern psychological novel. I agree with such classification as any psychological story demands seriousness, forcing readers to think and analyze what they are reading. I am not a fan of easy literature that does not provoke feelings and opinions or questions well established principles. I hope my novel “Thin thread of destiny” will not leave the reader careless about the characters and the problems raised.

American publishers have expressed interested in this book. The novel has been translated in English language.

I was born in a country that no longer exists on the map, Soviet Union. We often traveled from city to city, from republic to republic. The reason was my parents’ work. That is why I always said that my address is not a street or a house, my address – Soviet Union. Most of my childhood years were spent in Ukraine and in Russia; teenage years in Belorussia. The nomad style of my family came to an end in Kazakhstan. Almaty became my home city for over thirty years. There my childhood ended and adulthood began. Almaty is a beautiful city with wonderful people. Some of the elite established in Stalin’s era still lives there. I had the privilege of meeting some of them. The life stories of their fathers and grandfathers have played significant role in the forming of my novel.

In Almaty, I discovered love and betrayal, wonder and disappointment, loyalty and denial, kindness and cruelty. I have learned from people I met and I am grateful for the relationships I have built. Believing that everything happens for a reason and for the better and that one should always make conclusions and move forward, allowed me to analyze my life and make right choices.

Today, I live in the USA. I began to write again. Some of the heroes from the novel “Thin Thread of Destiny” continue their adventures in the new book, raising problems of modern society. 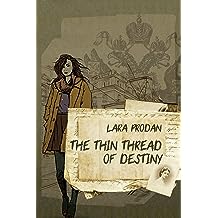 The Thin Thread of Destiny Apr 5, 2014
by Lara Prodan
( 26 )
$5.99
Vladimir, who came to America for training, accidentally meets a beautiful Daria, whose parents are struck by the similarity of a young man to a woman known to Daria's father. The situation becomes frighteningly mysterious and strange after Vladimir is seeing an old photograph taken 95 years ago and exported from Russia.

The story details the life of the russian family, spanning four generations, and tracing the post-revolution social and political upheavals of Russia.
Read more
Other Formats: Paperback