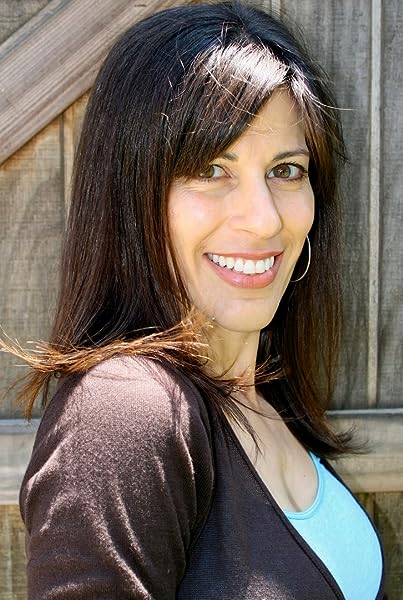 Start reading Lariat Girl on your Kindle in under a minute.

4.4 out of 5 stars
4.4 out of 5
29 global ratings
How are ratings calculated?
To calculate the overall star rating and percentage breakdown by star, we don’t use a simple average. Instead, our system considers things like how recent a review is and if the reviewer bought the item on Amazon. It also analyzes reviews to verify trustworthiness.

Jeremy Hill
5.0 out of 5 stars A heart-pounding fast-paced thrill ride!
Reviewed in the United States on October 19, 2020
Verified Purchase
This captivating story is flat-out beautifully paced. The action writing is quick and vivid and this novel could translate easily onscreen and make a terrific film. "Hunger Games meets Room," in the sense that Kenley volunteers herself into horrific circumstances to save her younger brother and becomes captive to a disturbed psychopath. I enjoyed Prescott’s fast-paced writing style, keeping me in the moment with story and character-driven narrative.
Read more
2 people found this helpful
Helpful
Comment Report abuse

Kelly
5.0 out of 5 stars Heroes are born out of love.
Reviewed in the United States on September 17, 2020
Verified Purchase
This first-rate fast read thriller has a unique hook. KENLEY must save her little brother COOPER by offering herself to the kidnapper. CHRISTOPHER "collects" pretty young girls who resemble one another. He is a perverted creep who can't wait to work his "mommy issue" deviances on them, especially Kenley. What Christoper doesn't know is that Kenley isn't your typical blonde teenager. The heroine of "Lariat Girl" is a martial art expert raised by two strong parents and a household filled with love.
Read more
One person found this helpful
Helpful
Comment Report abuse

JBE3
5.0 out of 5 stars AWESOME READ!!!!!
Reviewed in the United States on September 25, 2020
Verified Purchase
Amazing story! I had full body chills many times throughout the course of this book. Suzanne did a great job keeping me completely enthralled the entire time and I finished this book in hours as I couldn't put it down! Congrats Suzanne on this fantastic read!
Read more
One person found this helpful
Helpful
Comment Report abuse

Kari Gutnik
5.0 out of 5 stars Boy did I pick the right book!
Reviewed in the United States on September 29, 2020
Verified Purchase
Wow! What a great, quick read book! I’m not an avid reader, but needed something different from the binge watching of Netflix and putting together of puzzles during this pandemic lock down. Boy did I pick the right book! Action packed storyline that has 2 different types of families. One beautiful, close knit family and the other family with some “issues” to say the least. If you like crime or action packed stories this one is for you. You won’t be disappointed. Enjoy!
Read more
One person found this helpful
Helpful
Comment Report abuse

William L
5.0 out of 5 stars What an exciting read
Reviewed in the United States on October 4, 2020
Verified Purchase
I had a lot of fun reading Lariat Girl. This book was so exciting and full of suspense. I didn't wanna put the book down. I look forward to reading another couple of chapters every night. The writing was very colorful and descriptive. It was like I was watching a movie in my head as I read.
Read more
2 people found this helpful
Helpful
Comment Report abuse

Lynn
5.0 out of 5 stars A great read!
Reviewed in the United States on November 2, 2020
Verified Purchase
Suzanne Prescott wrote a great story! I loved the portrayed bond between brother and sister. The main villain was sexually creepy but Suzanne kept the content comfortable. There’s a sequel possibility with the backstory of the villain, I hope? I recommend Lariat Girl as a good read with a satisfying ending.
Read more
One person found this helpful
Helpful
Comment Report abuse

Kathryn Chee
5.0 out of 5 stars A Page Turner!
Reviewed in the United States on September 15, 2020
Verified Purchase
Prescott's heroine demonstrates the resilience of the human spirit and how one girl can make a difference. Such a good read for these challenging times!
Read more
2 people found this helpful
Helpful
Comment Report abuse

Amazon Customer
5.0 out of 5 stars Must read!
Reviewed in the United States on September 26, 2020
Verified Purchase
Awesome book! It kept me wanting more at every turn of the page! I have not read a book that quickly in a long time that kept my interest. Would definitely recommend!
Read more
One person found this helpful
Helpful
Comment Report abuse
See all reviews

ss
1.0 out of 5 stars Not great writing
Reviewed in the United Kingdom on November 3, 2020
Verified Purchase
Whilst the idea behind this book was really great, unfortunately how it’s written is not. There’s not a lot of description and the story feels rushed. It’s less than half the size of a usual book but costs the same.
There’s a few big words thrown in randomly that don’t really fit, and don’t make up for the lack of detail.
There are some things that strike me as odd - an 18 year old girl who often mentions she’s not a kid but an adult, and yet right at the start of the book calls her dad ‘daddy’.
The detectives are very unprofessional - wearing jeans, swearing, hugging each other as greeting, setting up the command centre in the parents house (strikes me as odd) and even takes the parents to the crime scene.
The fact that sky has been held captive for a couple of years, the main character convinced her to break the rules immediately with no hesitation. This could have been delayed a bit and could have been padded out a bit.
Also the way the author describes the characters feels very odd.
You could read this in one sitting, but not because it’s good but because it’s so short, it feels like a ‘quick reads’ children’s book, but not with the content.
I really wanted to like this book, and I’ve never left less than a 5 star review before, but I felt the writing wasn’t really up to standard.