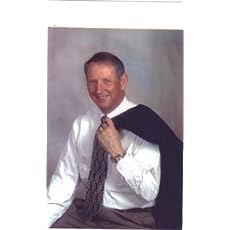 A retired business executive, Fullen writes about experiences growing up in a small town in Ohio, describing significant but almost forgotten events unique to communities of the area. The Broncos of 1945, his first full length book, represents Fullen's passion to learn more about his father as the coach of a special group of athletes who raised the spirits of their community as their team pursued the state high school basketball championship. Previous works include memoirs and three biographies published by the Pickaway County (Ohio) Historical Society. Fullen holds a BA and an MBA degree from The Ohio State University and resides with his wife in Tampa, Florida. His two children and two grandchildren reside in central Ohio and he returns often for visits with them, to see friends, to watch the Buckeyes on the gridiron and court, and to research material for future writings.
Read more 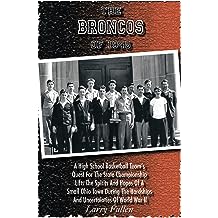 The hardships of the Depression and World War II had taken a toll on the hopes and dreams of Americans everywhere. Central Ohio was no exception. The Ashville High School basketball teams quest for the Ohio Class B state championship in 1945 lifted the hearts and spirits of the residents of the rural communities of Harrison Township in Pickaway County.

The Broncos of 1945 describes the experiences of young boys growing up in three neighboring communities who were enjoying the innocence and camaraderie of small-town life while enduring personal sacrifices during the depression era. Playing pickup games of basketball solidified the friendships among these boys through the depression, war, high school, and life beyond.

Mentored in the skills of basketball by older brothers, uncles, and cousins; instilled with a competitive spirit through pride of family and community, and inspired by the Bronco basketball tradition of Ashville High School, these boys bonded in their love for the game. They played basketball in the alleys, backyards, and barns regardless of weather or playing conditions.

In the sixth grade, new teacher, Lawrence Fullen, a former high school basketball coach at a nearby school, introduced disciplined and team oriented basketball fundamentals to the boys. He built confidence in their abilities and motivates them to give more attention to improving their academics. An unusual turn of events led to Fullen being promoted to high school athletic director in August 1942 and the quest for a state championship begins.

The story is authentic. The facts are derived from interviews with players, competitors, students and residents of the communities and documented by stories from newspapers, scrapbooks, and school publications.

It is a story of hope. Its a narrative of young boys rising above adversity, beating the odds, and achieving more than societys expectations during a tumultuous time.