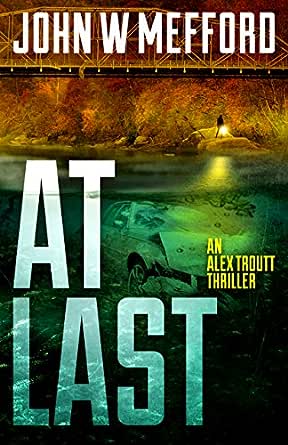 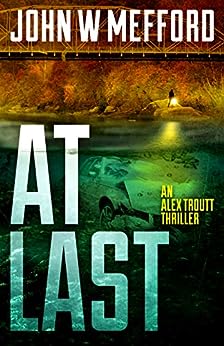 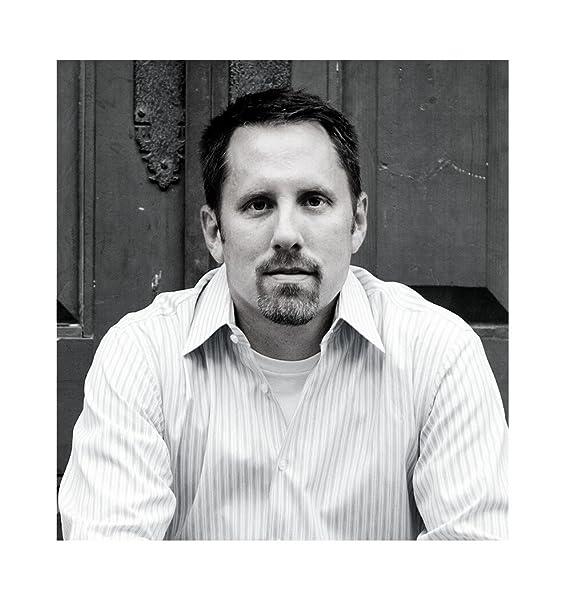 Many readers ask John from where he gets his ideas. Well, he's a veteran of the corporate rat-race, a former journalist, and he's always been an astute observer of human and social behavior. On top of that, he's really good at embellishing.

Connect with John on Facebook at facebook.com/JohnWMeffordAuthor --This text refers to an out of print or unavailable edition of this title.

4.3 out of 5 stars
4.3 out of 5
337 global ratings
How are ratings calculated?
To calculate the overall star rating and percentage breakdown by star, we don’t use a simple average. Instead, our system considers things like how recent a review is and if the reviewer bought the item on Amazon. It also analyzes reviews to verify trustworthiness.
Top reviews

night reader
1.0 out of 5 stars too profane for me
Reviewed in the United States on February 18, 2018
Verified Purchase
Could not finish, a rarity for me. Disjointed, confusing. Am I the only person who feels the wholesale use of profanity - especially by women - is inappropriate? Too much, too often. I quit!
Read more
73 people found this helpful
Helpful
Comment Report abuse

Phl.413
1.0 out of 5 stars Christian basher
Reviewed in the United States on February 5, 2018
Verified Purchase
Couldn't get past the first chapter. Written in first person and author creates a mother that is a whacko Bible-bashing Christian. Not interested.
Read more
49 people found this helpful
Helpful
Comment Report abuse

Moombaloomba
2.0 out of 5 stars but I was disappointed in how the plot developed and the lack of ...
Reviewed in the United States on February 11, 2018
Verified Purchase
I finished this book, but I was disappointed in how the plot developed and the lack of character maturity. These agents were bumbling and not very professional. There was suggestive juvenile humor shared by many of the characters, and it felt like they all spoke the same way ... even the characters from a different area ... like the author didn't try very hard to imbue them with their own individual nuances. The fixation on the older woman/younger man romance became irritating (seriously, grow up), and if you haven't read the prior books in the series (I haven't), it is very difficult to really care about any of the characters. There were many unimportant details given, with too much description of a person or moment that had no meaning or impact on the storyline; it just added to the overall feeling of chaos and left me wondering, why? The main character, Alex, was predictable in her actions and not believable as a seasoned agent, and though she has children she barely gives them a thought. The whole cult thing was strange and fuzzy; the members spoke with jaded language that wasn't consistent with them being followers (the F bomb didn't seem realistic in that setting, especially repeatedly by multiple women who were supposedly subservient to the men) I was relieved when the book ended, but didn't really feel any closure at that point either - just disappointment, and, if I cared more, unanswered questions. I kept hoping it would eventually improve to live up to the many good reviews, but it didn't. Maybe if I had joined the series from the beginning I would have felt differently, but I have zero interest in going back to the beginning to find out now. Maybe the author should have wrapped up the series before he coasted in this Book #6 - it was no thriller, and the only thing about "At Last" that I truly enjoyed was when I was finished reading it ... at last.
Read more
24 people found this helpful
Helpful
Comment Report abuse

Kindle Customermj
1.0 out of 5 stars Horrible story.
Reviewed in the United States on October 9, 2018
Verified Purchase
I couldn't finish the book. To gruesome to read. The description of treatment upon others was to graphic. Not entertaining at all.
Read more
19 people found this helpful
Helpful
Comment Report abuse

Sherry
1.0 out of 5 stars At Last
Reviewed in the United States on January 23, 2018
Verified Purchase
I very seldom give up on a book, but I just can not read any more of this drivel. There is no way the FBI would allow its agents to work on this case.
Save your energy for a good book.....
Read more
30 people found this helpful
Helpful
Comment Report abuse

M. Milesi
2.0 out of 5 stars Too many coincidences spoil the broth
Reviewed in the United States on February 9, 2018
Verified Purchase
There was a potentially interesting story here, but it seems to me that the author plotted it weakly by relying on coincidence instead of having his heroine have to do any real investigation. Her father just happens to leave her a convenient explanatory note, her police contact's father just happens to have been the investigating officer, and although suffering from dementia, just happens to be having a spell of great lucidity and sharp memory the first time Alex meets him... This plotting weakness became so irritating that I simply couldn't keep reading.
Read more
8 people found this helpful
Helpful
Comment Report abuse

Rain Quinn
5.0 out of 5 stars Suspense, action, thrill ride!
Reviewed in the United States on September 11, 2018
Verified Purchase
Enjoyed the story & most of the characters. Hard to put it down! I just don’t understand why there was an Ezra and an Ezzy in the same book. It’s an unnecessary confusion/distraction. Whenever I read the rare book that does something like this, I wonder what is wrong with the author...always remember you don’t want to confuse your reader, for force her attention away from the story onto an irrelevant tangent like, why are there 2 characters with the same name (or close to if)... that aside, lots of creepy, odious people in the book and some less developed faithful souls.
Worth a rthe ad.
Read more
3 people found this helpful
Helpful
Comment Report abuse

SJR
5.0 out of 5 stars The plot is awesome
Reviewed in the United States on May 14, 2020
Verified Purchase
Remarkable book. Although in the middle of a series, it stands on its own.

The plot is awesome. From a freeze frame 33 years earlier in Virginia to a funeral 1800 miles away in Texas to the arrest of a wanted murderer I Boston, the story unfolds beautifully. The characters along the line are quite believable. The pressure and evidence build up to a very credible crescendo and strong ending. The short epilogue puts things into real time perspective and whets the appetite for future [and past] volumes of the series.
Read more
Helpful
Comment Report abuse
See all reviews

Godiva 2000
5.0 out of 5 stars A great finale to the series. Goodbye Alex.
Reviewed in the United Kingdom on November 4, 2016
Verified Purchase
I have followed the Alex Troutt series from book 1 (AT Bay) through to this one and the standard has remained very high throughout, and we have seen the character of Alex develop from her waking up from a coma with amnesia to a rounded (if rather short tempered) individual with a partner and a family. This book fills in one gap, what happened to her mother whom she thought had died decades before, but her father's death results in her receiving shocking news and leads Alex on a very personal quest.
This book alternates between moments of investigation, revelation and real adrenaline fuelled action, interspersed with moments of humour with her old associate Archie, who is a truly gross but very funny individual, leading to some great interplay between them.
It is a shame that this is the last book in the series, but we do have the Ivy Nash series to come, and apparently there is a connection to Alex Troutt, but Mr. Mefford is being rather coy about what that is! I can't wait to find out!
Read more
2 people found this helpful
Report abuse

Norma Miles
5.0 out of 5 stars "The business of catching a killer"
Reviewed in the United Kingdom on November 4, 2016
Verified Purchase
The last, and arguably the best, of this excellent series.
Having followed the ups and downs of her life since she first awoke from a coma without any memoriy (in book one, At Bay), I will miss Alex, her FBI colleagues and family. Each book is a stand alone and this one is exceptionally good in giving a great introduction which effortlessly informs the reader of her past and current personal problems as well as launching into the latest crime to be solved - all in a couple of chapters. And, at last, it looks as if Alex will find peace from the crime which has haunted her for years.
John Mefford has written another thrilling book, filled with fully developed personalities caught up in a terrible drama of murder and misapprehensions. As I said earlier, I will miss Alex. Highly recommended.
Read more
One person found this helpful
Report abuse

Jas
2.0 out of 5 stars Would send an insomniac to sleep.
Reviewed in the United Kingdom on February 9, 2018
Verified Purchase
Cannot believe I persevered with this badly written plot until the end. Makes me glad I starterd at book 6, Would never contemplate reading the other 5 in this series. Hadn't a clue where the story was headed for a while it is so badly constructed. The WACO type set up is so hackneyed as to render thi story boring, especially since the main character is either incredily stupid or deliberately obtuse.
Read more
One person found this helpful
Report abuse

Mrs. L. P. Russell
5.0 out of 5 stars At Last( An Alex Trout Thriller, Book 6)RedemptionThriller by John W. Medford
Reviewed in the United Kingdom on May 18, 2019
Verified Purchase
A very good well written novel.
Very sad with brutal people and caring people.
Having to face life not knowing what will happen next.
Found it made you think of what can happen in life with a wrong move or thought.
Read more
Report abuse