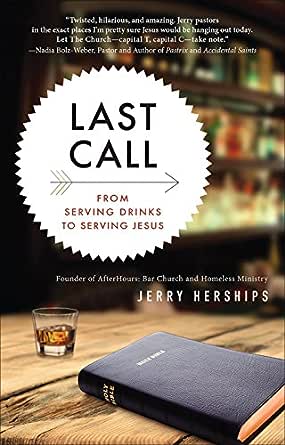 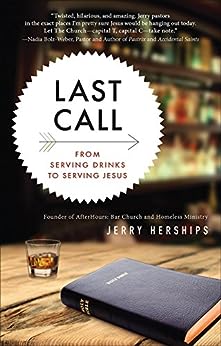 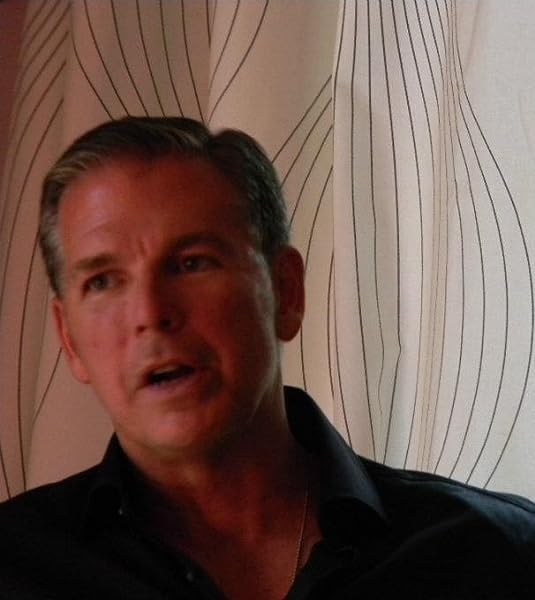 "Jerry Herships reflects his own call to ministry: twisted, hilarious and amazing. . . . Most of us do church in the tidy, comfortable confines of a church building. Not Jerry Herships. He's handing out the goods to drunks in bars and among the homeless in the park. Basically, my friend Jerry Pastors in the exact places I'm pretty sure Jesus would be hanging out today. Let The Church--capital T, capital C--take note."
--Nadia Bolz-Weber, Pastor and author of Pastrix and Accidental Saints

"Drilling to the core of the Gospel, Herships envisions a church as a collection of flawed individuals who nonetheless are actively working as disciples of Jesus, bringing food, compassion, and grace to the poor and homeless thus restoring their dignity and sense of worth. The church he describes has nothing to do with beliefs, budgets, or buildings; it is about doing the Gospel. Herships is nothing less than a prophetic voice for our time."
--Jerry D. Campbell, President Emeritus, Claremont Lincoln University

"Jerry Herships is a gift to the many people he serves in his life as a mentor and pastor and teacher, and in Last Call he shares his gift with the rest of us. And for that I am so grateful. Last Call is more than a memoir; it is a manifesto. A manifesto of hope for those of us who have felt left out and left behind. It is not simply the story of Jerry's life from comedian to bartender to minister--it is a picture of what we are all called to--an unashamed, unrestrained, unrestricted expression of the life and love of God."
--Doug Pagitt, Pastor and author of Flipped

"Deeply personal and theologically timely. A moving memoir of personal transformation that illuminates the dignity of often forgotten lives while raising essential questions about what the Church sees as important."
--Thomas V. Wolfe, President and CEO, Iliff School of Theology

Jerry Herships is the leader of AfterHours Denver, a thriving faith community that meets in bars and pubs. Originally a comedian and bartender, Herships was drawn into ministry after realizing that the connections and conversations he was having with his customers at the bar were deeper and more real than anything he'd ever experienced in a church.

4.9 out of 5 stars
4.9 out of 5
44 global ratings
How are ratings calculated?
To calculate the overall star rating and percentage breakdown by star, we don’t use a simple average. Instead, our system considers things like how recent a review is and if the reviewer bought the item on Amazon. It also analyzes reviews to verify trustworthiness.
Top reviews

D Hall
5.0 out of 5 stars Wow!
Reviewed in the United States on October 19, 2015
Verified Purchase
Last Call is one of the most powerful books on the misdirection of religion that I've ever read. The author, Rev. Jerry Herships, nails the frustration many of us feel in the waste of resources that are directed to the church (buildings, committees, self-self-agrandizament, etc. etc) and not he church of God's people who have stumbled and need help getting back up. Read this at your own peril as it will be hard not to feel like its time to put the pent up passion, energy and spirit to work in the world around you. I love the way the Jerry has tied his previous entertainment career to his new entertainment career and is serving as the emcee for the biggest act in the universe. A must read.
Read more
8 people found this helpful
Helpful
Comment Report abuse

Brian V.
5.0 out of 5 stars Bet you'll say "I've been there" at least once! This is a fantastic character journey… with the added benefit of being true.
Reviewed in the United States on May 3, 2018
Verified Purchase
I am nearly finished reading Last Call for the second time, and suddenly felt the NEED to write a heartfelt, solid recommendation for this book and its author. While I am not a prolific reviewer, I do want to enthusiastically endorse this book - in case another reader out there has the same background as me: grew up in a conservative religious family, went to church every Sunday morning. And Sunday night. And Wednesday night. And Bible studies. Lots and lots of Bible verses (“sword drills,” anyone?) singing songs, mission trips, and good Christian Bible teaching that focused more on Paul than Jesus. “Doing” church was more about being seen, who you were being seen with, and quietly & “lovingly” judging others.

I felt like the author’s personal story is a lot like mine. This book is about finding a way to connect with God, not with the other “good Christians” who are exactly like you. It’s about being called to follow the actual teachings of Jesus, not “the Church.”

It’s refreshing to hear an ordained minister like Jerry Herships admit that not everyone has to “do” church the same way. That not everyone needs to come from the “best” backgrounds. And that EVERYONE (even clergy) struggles with tough times, dark thoughts, and internal doubts.

It’s so cathartic to hear the author’s inspiring and bracingly honest journey from someone trying to make his career in Hollywood (gasp - cue scary music and evangelical disapproval!) to someone so focused on what JESUS was really all about - helping and loving others who need help and love. (Especially those who would not be warmly welcomed in most of America’s church pews…)

Last Call has laughs, pain, empathy, commiseration, and a fantastic character journey… that has the added benefit of being true.
Read more
3 people found this helpful
Helpful
Comment Report abuse

Many people would read an ad for a church in a bar with that tag line and cringe. And just as Jerry Herships says in his memoir, Last Call: From Serving Drinks to Serving Jesus, the ad, and AfterHours Denver, isn't for them anyway.

Because for 200 million Americans, the traditional church doesn't just work for us. We are tired of sitting in pews in stuffy churches, looking out of stained-glass windows and half-heartedly listening to a boring minister talk about Jesus. Some of us would rather be outside the church, and outside of our comfort zones, DOING the work Jesus told us to do.

You know ... feeding the hungry, clothing the naked and caring for the sick. We are tired of giving offerings for bigger, better buildings and projects that don't really apply to us. We want to do more than hear The Message; we want to live it.

My review might be a bit biased, as I am one of AfterHours' rogue disciples. But if I didn't believe in our ministry and our purpose, I would have spent my $12 buying four shots of Jamo during our next Monday gathering at the Irish Rover instead of this book. And if I didn't love this book so much, I would be on Yelp writing a review on how cool it is that I can get four shots of Jamo for $12 on Monday nights at the Irish Rover.

It only took me a couple of days to finish this memoir, and each time I sat down to read, I felt like I was getting a chance to sit and have a drink with Jerry. (We call our pastor by his first name. I think he might faint if any of us referred to him as Rev. Herships. That might be a fun trick to try on Monday night.) And, usually, when I sit and have a drink with him, I cry. That's exactly what I did throughout this entire book.

Life has a way of taking everything you know to be true and good and right and flipping it all around until you begin to lose all faith in yourself (and sometimes, even your God). This happened to Jerry several times before he found his calling - starting a church that meets in bars, makes sack lunches and then serves them to our city's homeless.

The ultimate takeaway from this memoir is one that has resonated with me deeply over the last few months as I have tried to make sense of a life that has been turned upside down far too many times: that the only way out of brokenness is to help the broken. Because even as Christ hung from the cross in His time of deepest need, He offered mercy to one who did not deserve it.

Last Call isn't a book for those looking for all the answers to life's toughest questions. Jerry doesn't pretend to know why our friends in the park have no homes, and he can't tell you why there is so much suffering in our lives, but he most certainly will challenge the way you look at church and how you do service. And maybe, for you, just as it did for me, you'll find that sometimes answers aren't important when there are people to feed.
Read more
5 people found this helpful
Helpful
Comment Report abuse

Doug Wykstra
5.0 out of 5 stars A Fast, Funny, and Relevant Read
Reviewed in the United States on October 24, 2015
Verified Purchase
For several years Jerry Herships has been a fixture in Civic Center Park, passing out bag lunches and offering communion to the homeless and needy. In his memoir, Last Call, he traces the journey that brought him here, from his years as a standup comic in Los Angeles to his current position as a minister in the United Methodist Church. It's clear that Herships has let his experience as an entertainer and preacher inform his writing: the style is humorous, conversational, and unpretentious, the voice of a local pub raconteur holding forth over his evening pint. But his message, whatever the tone, is a serious and deeply-felt call to service for all who, whatever their beliefs, would seek to help and uplift our fellow humans. Many great sermons take a verse from the Bible, or even a fragment of a verse, and use exegesis, anecdotes, and personal testimony to reveal how a few words written thousands of years ago in a foreign tongue can speak to the fundamental struggles within our hearts. Herships does these one better by demonstrating how the recollected fragments of a life spent "preparing a way for the headliner" can show us all a way forward, to embodying the words of Christ in our actions toward others.
Read more
4 people found this helpful
Helpful
Comment Report abuse
See all reviews