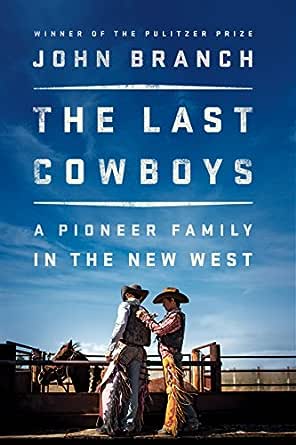 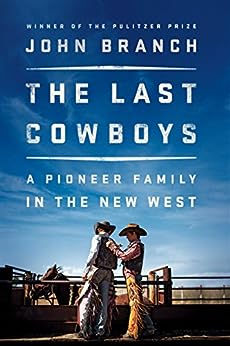 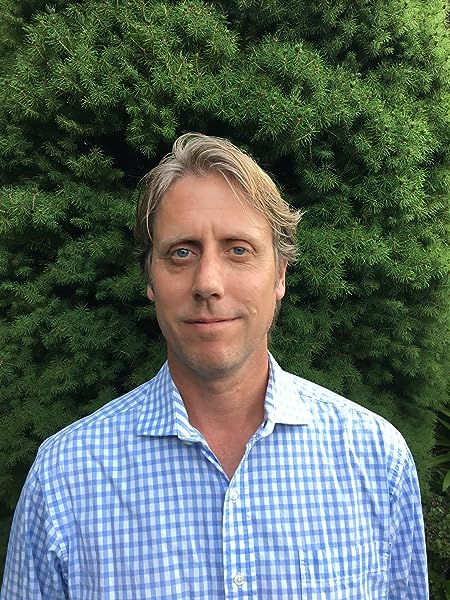 The Last Cowboys: A Pioneer Family in the New West Kindle Edition

A beautiful book, threading deep reporting into a gorgeously written narrative. It is American portraiture at its best.

A dramatic and personal account of the Wright family and how they developed a second business in the modern rodeo circuit to support their family ranch at Smith Mesa. Recommended for understanding twenty-first-century American cowboy culture.

A real-life story that's not only compelling, but oddly reassuring.

A tribute to the things that matter.

Avoid[s] country cliches and reveal[s] not only why rural Americans must adapt, but also the reasons they might want to.

Branch's fly-on-the-wall reporting and evocative prose renders this a memorable tale of family and the American West in a state of flux.

-- " Minneapolis StarTribune" --This text refers to the audioCD edition.

John Branch is a Pulitzer Prize-winning reporter for the New York Times. His first book, Boy on Ice, was a New York Times bestseller and the winner of the PEN/ESPN Award for Literary Sportswriting. He lives near San Francisco.

John Pruden is an Earphones Award-winning audiobook narrator. His exposure to many people, places, and experiences throughout his life provides a deep creative well from which he draws his narrative and vocal characterizations. His narration of The Killing of Crazy Horse by Thomas Powers was chosen by the Washington Post as a Best Audiobook of 2010.

4.7 out of 5 stars
4.7 out of 5
216 global ratings
How are ratings calculated?
To calculate the overall star rating and percentage breakdown by star, we don’t use a simple average. Instead, our system considers things like how recent a review is and if the reviewer bought the item on Amazon. It also analyzes reviews to verify trustworthiness.
Top reviews

lanny j. larson
5.0 out of 5 stars You don't know rodeo until you read this
Reviewed in the United States on June 4, 2018
Verified Purchase
John Branch has captured an incredible tale about an incredible family in Utah. And it is so very well told. Not only do readers learn about what it takes to be a world champion rodeo competitor and the importance of family, but we're also treated to a portrait of southwestern Utah (think Zion National Park) and environs and the challenges to those who live there. The detail clearly was gleaned by careful observation over time. Branch treats everyone with great respect. His prose is spare and effective, mirroring the reticence of the men and women he writes about and passing no judgment about triumphs, tragedy and missteps. It was about a subject in which I had little interest until Branch made me interested.
Read more
16 people found this helpful
Helpful
Comment Report abuse

Kent Bell
3.0 out of 5 stars I enjoyed the detail accounting of the Wright family and the ...
Reviewed in the United States on August 3, 2018
Verified Purchase
I enjoyed the detail accounting of the Wright family and the many hardships they've endured on their ranching operations and on the rodeo circuit. I now have a better understanding of the rodeo cowboy and the hard scrabble life they follow. I was amazed at the many busted bones, bruised muscles, and very serious injuries the Wright brothers and all the cowboys absorbed on those mean saddle broncs. The prize money can be substantial especially for the world champions but as Mr. Branch wrote, it is a hard life with all the travel and expense of following the circuit. After reading the book though, these cowboys have earned my respect for competing in the sport they love.
Read more
11 people found this helpful
Helpful
Comment Report abuse

Thomas L. Bartlett
5.0 out of 5 stars Great story of the modern west
Reviewed in the United States on June 11, 2018
Verified Purchase
Great book about a remarkable family. It's not just the story of undoubtedly the greatest bronc riding dynasty in rodeo history, it also examines the problems endured by many modern ranchers in the West. Drought, capricious and incompetent administration of range allotment's by the BLM and Forest Service, as well as the steady encroachment of tourism and developers, cause the family to explore option's that will enable them to continue to raise cattle on this land that five generations of Wright's have worked and loved. I've followed the boys' careers in the arena and marveled at their talent. This book gives you a behind the chutes look at their toughness and physical skills. There is also much to admire in Bill, the patriarch, as he runs the cattle, virtually alone as his Sons and Grandsons burn up the highway chasing a berth at the National Finals Rodeo.
Read more
11 people found this helpful
Helpful
Comment Report abuse

WIN HEGER
5.0 out of 5 stars Interested in Rodeo, ranching or just people - a great read!
Reviewed in the United States on September 10, 2018
Verified Purchase
I got this on Kindle and read it in two days. We live in the area written about and I loved reading about the family that runs the cattle on the Mesa behind our house. I bought it for that and then got pulled into the rodeo scene. I would have never imagined what it takes to get through a season, it left me worn out! The author did a good job of not romanticising the life, lots of heartbreak, family problems, land issues, all in the book.

I have friends that know the family very well and they loved the book, too.
Read more
7 people found this helpful
Helpful
Comment Report abuse

A. Swan
5.0 out of 5 stars Real life story of Cowboy life to compete at the highest levels of rodeo, raise a family and manage the ranch
Reviewed in the United States on June 25, 2018
Verified Purchase
Fascinating story of a family doing so well in a single rodeo event. A lot of long days of travel and overcoming injury are not so visible to the public. Couple the 250 nights away from home with the demands of running a family cattle ranch and you understand the work ethic and passion for winning that the Wrights demonstrate. Beautiful images of country living cast against the demands for other land uses and the limitations on grazing rights made me appreciate the challenges of modern cowboys.
Read more
6 people found this helpful
Helpful
Comment Report abuse

Kindle Customer
5.0 out of 5 stars A True Cowboys' life
Reviewed in the United States on December 10, 2018
Verified Purchase
I grew up riding horses and rodeoing in Nevada and was drawn to read this book since it focused on a family that lived a "cowboys life!" The famous Wright family, exemplifies generational traditions steeped in honest thoughts, words and moments that have shaped this family's history. For me, knowing the Las Vegas branch of Wright's, also cowboys, with the same goodness and heart, it brought back the many stories I'd heard about Uncle Bill and leading the tourists down the Grand Canyon over the summer months. If you want a glimpse into the life of real ranch cowboys chasing the dream to qualify for the NFR, this is the book for you. Its not always pretty or clean but its truthful and filled with the love a family has for each other, always.
Read more
3 people found this helpful
Helpful
Comment Report abuse

MommaLayne
5.0 out of 5 stars Interesting Read!
Reviewed in the United States on July 15, 2019
Verified Purchase
I purchased this book for a recent trip we took out West to help fill many hours in the car. I thoroughly enjoyed reading about the life of the Wright family and their many adventures throughout their years in the rodeo circuit and through their ranching life. It is always interesting to find books that are not only intriguing in terms of subject matter (which this definitely fits that bill) but that are well-written as well. This is a fascinating story of how one family has managed to not only survive but thrive in their beautiful environment. Great read!!
Read more
2 people found this helpful
Helpful
Comment Report abuse

Ning Wiebmer
5.0 out of 5 stars Best book I’ve read in years!
Reviewed in the United States on June 3, 2018
Verified Purchase
Compelling - beautifully written. I learned so much. The Wrights are an amazing family. And cowboys! So tough.