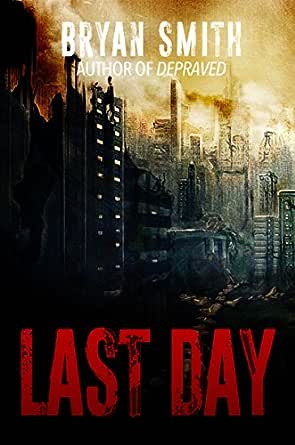 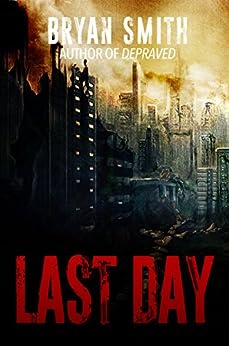 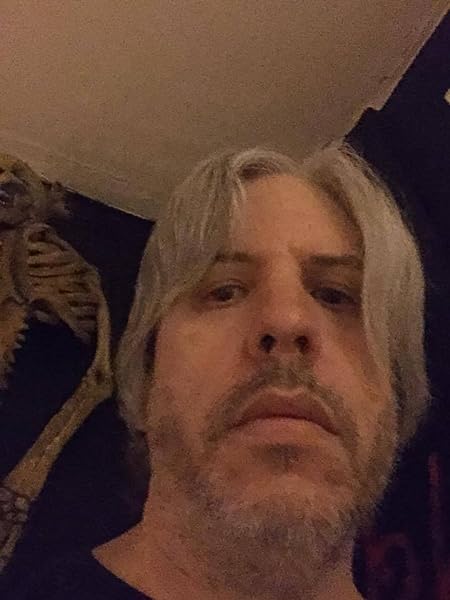 4.2 out of 5 stars
4.2 out of 5
49 customer ratings
How does Amazon calculate star ratings?
Amazon calculates a product’s star ratings based on a machine learned model instead of a raw data average. The model takes into account factors including the age of a rating, whether the ratings are from verified purchasers, and factors that establish reviewer trustworthiness.
Top Reviews

Pete K.
3.0 out of 5 stars Moral of the Story: People are Psychos
Reviewed in the United States on May 21, 2018
Verified Purchase
Quick bloody slasher mayhem that succeeded in many aspects, though I would probably have enjoyed it more if there were more characters with redeeming qualities. One thing's for sure... Smith doesn't have much faith in humanity. Faced with extinction, he imagines a world where most everyone turns into a raging psychopath that has been released once the shackles of modern society are removed. It was a decent read, but if you want to read his best stuff, check out DEPRAVED
Read more
8 people found this helpful
Helpful
Comment Report abuse

Trent Haaga
5.0 out of 5 stars Pre-Apocalypse Horror at Its Finest
Reviewed in the United States on May 15, 2018
Verified Purchase
I'll admit that I'm biased - I may or may not be the #1 Bryan Smith fan in the world, but I did dedicate a few years of my life to making a movie out of one of his books (68 KILL - read the book, see the movie), so I've got to be pretty high on the list. Naturally, I've read every book he's ever written and there's this special blend of madness, provocation, cynicism, and melancholy that makes him stand out as a unique author. Make no mistake, Bryan's work is disturbing and controversial and not for the weak-of-heart, but dammit the man can actually write and it vexes me that he's not a bigger name, particularly in the world of horror fiction. For my money, he's the surest bet going right now.

Anyway, LAST DAY is way up there on my personal list of Bryan's work. Demented, intense, and unrelenting (all typical Smith traits) while being presented in a "high concept" format. It's the end of the world - what would you do if you knew you only had 18 hours left? Well, if you're in a Bryan Smith book, naturally your moral compass doesn't matter anymore and it's time to let your inner beast loose. And this happens. A lot. It's fairly unrelenting, a compulsive page-turner, and it has that special quality of being disturbing and cynical while at the same time having that tinge of sadness and underlying pain that Bryan does so well ... While there are several fairly hard-to-take sequences, it's the underlying human element that makes Bryan's work rise above a lot of the self-published "gross out horror" stuff out there.

This one is intense. I actually had to buy a different book to read at night because I couldn't calm down and relax while reading LAST DAY ... That is a total compliment coming from me, a guy who has read damn near everything in the genre and beyond. It takes a special style of writing and story to worm its way into my brain so much as to affect my sleeping patterns.

Look, LAST DAY is great. I loved it. Bryan is a national treasure even if most people don't know it yet. Buy it, read it, let it worm its way into your consciousness. You won't regret it ... Well, maybe you will, but you'll never forget it, that's for sure.

Dennis J. Rooney
5.0 out of 5 stars Great book from a great author.
Reviewed in the United States on May 4, 2018
Verified Purchase
Remember movies like "Armageddon" or "Independence Day" where mankind faced planetary destruction and everyone put aside their squabbles to save the planet? Well, that's not what happens here. Smith explores the flip side of that condition where the dregs of society are released from any need to control their behavior. Full disclosure I'm a huge Smith fan. My opinion is that this is one of his best and considering his body of work,that's high praise. The brilliant part is that nearly every character seems to be (more or less) under the influence of the "to hell with it" attitude that the most vile characters in the book have. It's too bad Amazon doesn't offer a 6 star option.
Read more
5 people found this helpful
Helpful
Comment Report abuse

Jenn
5.0 out of 5 stars Loved it!
Reviewed in the United States on May 2, 2018
Verified Purchase
This was such a great story!!! I really enjoy this author, and I've read several of his books, but this is my favorite so far!! It definitely wasn't your typical, end of the world, story. I've read tons of those, and this one definitely stands out. It had the gore, mindless violence, and creepiness that I love, but it added a new element that had never occured to me before. If the world was ending, I'd expect the looting, the random acts of violence from thugs, the breakdown of society....but I'd never given much thought to the people who are generally 'good'. The ones who might have the occasional bad thought, but never acted on those thoughts, because of their family or fear or consequences, or whatever the case might be. This book focuses on those kind of people, and how knowing the world is ending frees them up to act on those urges. It was a great story, but be warned, it's extremely graphic, and not for the faint of heart!!
Read more
4 people found this helpful
Helpful
Comment Report abuse
See all reviews from the United States

Kindle Customer
4.0 out of 5 stars Last Day
Reviewed in the United Kingdom on August 5, 2018
Verified Purchase
A good, nail biting story, full of extreme violence and depravity..just the way i like it!!..not for the faint-hearted..but classic Bryan Smith..highly recommended!
Read more
Helpful
Sending feedback...
Thank you for your feedback.
Sorry, we failed to record your vote. Please try again
Report abuse

ray kyle
5.0 out of 5 stars Brilliant
Reviewed in the United Kingdom on May 22, 2018
Verified Purchase
This is without doubt his best by far. It was like reading an undiscovered Richard Laymon story! Great original storyline and brilliant characters. Full of shocks,twists and turns and trademark horrific scenes. Great read.
Read more
Helpful
Sending feedback...
Thank you for your feedback.
Sorry, we failed to record your vote. Please try again
Report abuse

The Grim Reader
3.0 out of 5 stars Solid but far from spectacular.
Reviewed in Australia on May 16, 2018
Verified Purchase
I love being alive, but I also love to read about the world’s impending doom. Bryan Smith’s latest book, Last Day, is a grim and gruesome look at civilizations final hours. The plot is nothing new: an asteroid hurtles toward the planet and jo public is given less than 24 hours until it hits. What would you do? Hold your loved ones dearly? Spend your final moments listening to your favourite songs, or perhaps watch your favourite movies? Have lots of sex? Or would you go on a violent killing spree as seems to be the popular choice in Smith’s Last Day?!

Last Day is chock full of despicable characters with little left to lose. Because of this, the choices they make result in extreme pain and torture for somebody else. Make no mistake, this is a book overflowing with sickness and depravity, the likes of which only a select few can write. Smith holds nothing back with his graphic descriptions of violence and sex and there are scenes within this book that will test your gag-reflex.

The story moves at a good pace, but the lack of anybody to really care about was a bit of a problem for me. Sure, I felt sorry for a couple of people, but in the end, I honestly didn’t care if they made it or not. Whilst the pacing is good and there is little downtime, things do become a little repetitive and once a penis had been chewed off I felt pretty exhausted with it all.

I’m a pretty big fan of Bryan Smith. I love Depraved, The Diabolical Conspiracy, Bloodrush and The Reborn but Last Day felt a little like Smith was going through the motions. If you are a fan of extreme horror and you have never read any of Brian’s work then I think you will enjoy this book, however, if like me you have read his previous books then Last Day might give you a feeling of deja vu.

Amazon Customer
4.0 out of 5 stars Terrifying
Reviewed in Australia on May 29, 2018
Verified Purchase
I was spooked by the utter carnage and depravity of the Characters. I would have liked to see a second book as I'm still second guessing the end.
Read more
Helpful
Sending feedback...
Thank you for your feedback.
Sorry, we failed to record your vote. Please try again
Report abuse

Jacob Keen
5.0 out of 5 stars It seems real in the way humans act under stress in that sort of situation.
Reviewed in Australia on January 8, 2020
Verified Purchase
It really cool story as it slowly connects all the characters. It was a good read.
Read more
Helpful
Sending feedback...
Thank you for your feedback.
Sorry, we failed to record your vote. Please try again
Report abuse

Scott
5.0 out of 5 stars Gruesome
Reviewed in Canada on November 15, 2019
Verified Purchase
If you're familiar with Bryan Smith's work you'll have fun with this.
Read more
Helpful
Sending feedback...
Thank you for your feedback.
Sorry, we failed to record your vote. Please try again
Report abuse