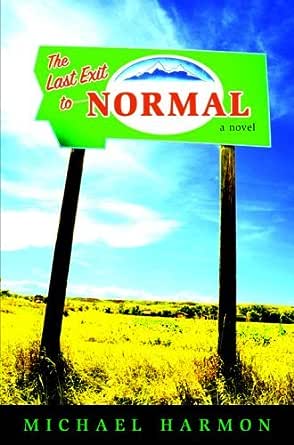 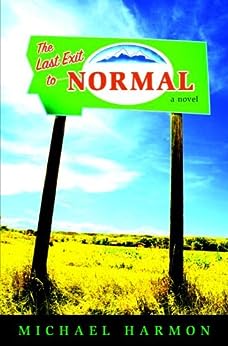 Starred Review, Publishers Weekly, February 18, 2008:
"Because [Harmon's] take on people is convincing, audiences will want to believe in his story, too."


Starred Review, School Library Journal, April 2008:
"It is filled with atypical character interactions that make it an excellent read."


From the Hardcover edition.

Suradit
5.0 out of 5 stars We know what Ben did last summer.
Reviewed in the United States on July 26, 2011
Verified Purchase
Ben's father comes out, separates from his wife and settles down with a male partner, Edward ... all of which causes the destruction of Ben's "normal" family life and which compels him to become a teenage rebel with a cause. His father and Edward then decide to shift their nontraditional family from Spokane where Ben's running wild to a very small, very rural town in Montana, the hometown where Edward grew up gay & alienated. They settle in with Edward's mother who is sullen & alienating ... but (surprise, surprise) has a heart of gold.

17 year old Ben tempers his initial hostility to nearly everything and everyone, quickly adapts to doing chores 8 hours a day, befriends an abused boy, confronts the abused boy's father, travels to Vegas to find the boy's estranged mother, single-handedly rescues a farmer trapped under an overturned tractor, falls in love, engages in a relentless battle with his father, Edward and Edward's mother, learns to shoot skeet and partridge, takes on the town's psychopathic bully, rescues the abused boy from a burning house, accepts employment pseudo-managing a farm, resolves his issues with his father, enrolls in home-study ,acquires a taste for country music, reconnects with his own estranged mother and gets a puppy.

Sort of an implausible cross between an after-school-special and a soap opera in a rapid-fire sequence of events that would have left James Dean gasping for breath and yet, as unbelievable as it seems, it was compelling reading. Most of the main characters carried a load of personal baggage but had believable personas and all the interpersonal conflicts seemed more real than contrived although their sheer number was a little overwhelming. Clearly the author does have a talent for writing in a way that draws you in.

Since the "hero" is 17 years old and manages to solve an endless stream of problems that were too difficult for his elders to deal with, I assume the author's intended audience is a good deal younger than I am. Had I realized that before buying the book I would probably never have read it. I'm glad I did read it because there were a lot of thought-provoking, complex interpersonal issues dealt with realistically. I would imagine that it might be especially meaningful for young people who are dealing with their own resentment and frustration because they perceive that their family circumstances don't conform to the supposedly normal/stereotypical (and yet atypical) American dream family. It might also be useful for adults who still cling to anger issues that arose during their formative years.

Johanna Freivalds
5.0 out of 5 stars Setting caught my attention-- the wonderful story held it
Reviewed in the United States on September 17, 2011
Verified Purchase
Being surprised in a good way is one of my favorite things! I hadn't intended on reading this book when I started it the other day, but I inadvertently left my intended "next read" at home so went to plan B. Now don't get me wrong... when this book first came out I was intrigued enough to put it on my "I'll read it someday" list ...but publishers keep coming out with enticing stories that also caught my attention...so the day for reading The last Exit to Normal kept getting postponed. This is one of those times I'm so very glad that I misjudged a book finish-date and I ended up reading a book sooner than I'd planned.

This wonderful story "hooked" me from the first pages with it's sassy dialog, storyline and characters--it easily made its way into my head and heart. Being a Montanan I wondered how the setting would fit with this story(ever notice when a book or movie wants to depict desolate or "in the middle of nowhere" it's spelled M O N T A N A??) and all I can say is the author's choice of location was spot on. I know people and situations like the author describes--the story really works. This is one of those stories that is more than the sum of its parts. On one hand it is about a troubled teen trying to come to grips with a huge family-life change and situations beyond his control. It's also a story about stereotypes, mental-illness, making the best of situations, adaptability, resourcefulness and community. A lot of big ideas are woven into this story--great stuff for thematic discussions "...you can disagree about certain things people do, but to disrespect them because of it makes you less of a person....they live by different standards."

I will definitely be recommending this to teen readers who are looking for a great read with substance AND humor!

M. C. White
5.0 out of 5 stars Five Stars
Reviewed in the United States on October 8, 2017
Verified Purchase
Book was a gift for a child.
Read more
Helpful
Comment Report abuse

L. Wilson
VINE VOICE
3.0 out of 5 stars a little unlikely
Reviewed in the United States on January 23, 2010
Verified Purchase
I really enjoyed "Last Exit to Normal." However, I have to point out that I read it because I read a ton of books trying to find good stuff for my high school English class. I am looking for things that are interesting and address serious topics. (It's hard to get humor over in a classroom...)

That means that books like this, which are not top tier are enjoyable because there is so much out there that is horrible.

Oddly enough, the mother getting pissed off and leaving the kid with his father? This is actually believeable, since I know a fair number of kids that this happened to. And, yes, it does mess the kids up as much as if the father does it.

Overall, a good read, even if not great.

Caren Cowan
5.0 out of 5 stars Loved the humor!
Reviewed in the United States on March 27, 2008
Verified Purchase
Michael Harmon has a great way of dealing with difficult subjects. I especially enjoyed that the author represented the main characters point of view in such an intelligent way.
The dry humor was so refreshing. Like, wearing Wranglers for the first time after being a "skater". Duct tape? Ouch!
This book would be enjoyed by either gender. The story has everything I expect a really great book to have. Excellent, don't miss it.
Read more
3 people found this helpful
Helpful
Comment Report abuse

Andrea
4.0 out of 5 stars Great character!
Reviewed in the United States on December 23, 2012
Verified Purchase
I am a fan of Michael Harmon, and this is just another reason why! I love Ben and all his disfunctionality. Miss Mae is great! This novel was fun and serious at the same time.
Read more
Helpful
Comment Report abuse

laurel a mckinney
4.0 out of 5 stars We love him in Spokane
Reviewed in the United States on August 31, 2014
Verified Purchase
Harmon is here to stay. We love him in Spokane. He gives life to people who you wouldn't normally get to know.
Read more
Helpful
Comment Report abuse
See all reviews