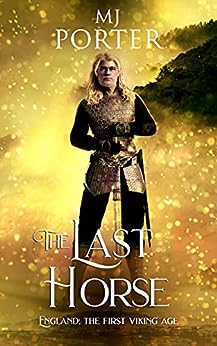 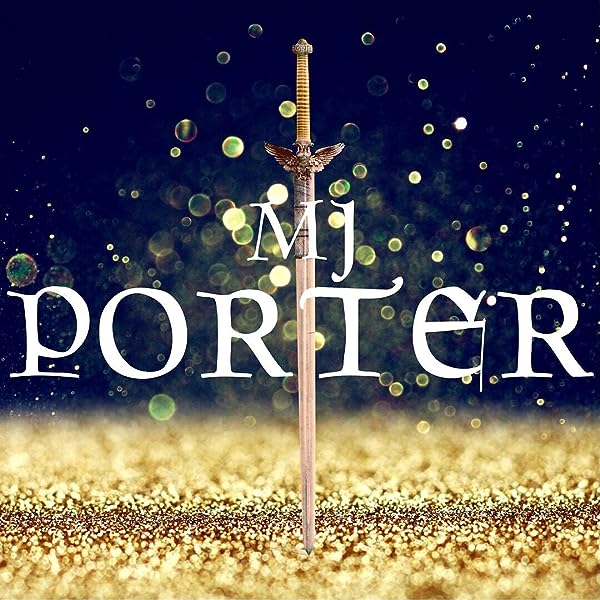 by M J Porter (Author) Format: Kindle Edition
Book 3 of 7: The kingdom of Mercia: The Ninth Century
See all formats and editions
Sorry, there was a problem loading this page. Try again.

The third book in The Ninth Century Series.

The Raiders have been routed from Torksey, dead, or escaped.

Mercia lies broken but not beaten, her alliance with Wessex in tatters, her new king a warrior not a ruler. And as he endures his coronation, as demanded by the bishops and ealdormen, there are stirrings from the east. Coelwulf must again take to the trackways of Mercia. His destination, any place where the Raiders are trying to infiltrate the kingdom he’s fought so hard to keep whole, losing beloved friends in the process. The year is AD874 and Mercia lies threatened. But Coelwulf, and his loyal warriors, have vowed to protect Mercia with their lives. They’re not about to stop now.

Praise for The Last Horse
“An excellent, well-written book.”
“Gripping story-line.”
“Action-packed, hard to put down.”
"Book 3 continues with the action, blood and gore and flows seamlessly from Book 2. Amazing battle scenes leave you feeling you’ve witnessed it first-hand, such is the detail. Fast-paced, battle-action, mayhem, you can hear the seaxes and war hammers smash against the shields, the thunder of the horses' hooves, and the screams and cries of men. You can almost smell the blood. Coelwulf, now crowned King of Mercia, rides once more with his loyal warriors and troops of Ealdorman Ælhun, to seek out the Raiders with the ever-faithful Pybba and Rudolf (whose character grows in each book), Edmund and Hereman. Coelwulf and his loyal warriors find the Raiders along the frontier of Mercia. The resourceful Rudolf leads Coelwulf into the next of Raiders. Coelwulf’s character grows in strength as he wrestles with kingship, weighing his actions against the needs of Mercia and his loyalty to his chosen warriors. You feel for the individual characters and grow to know them and the actions and mannerisms they have is an added bonus to any book and makes the reading so much more enjoyable. 5 stars from me. Looking forward to more action." Stacy T, Netgalley Reviewer.

I'm an author of historical fiction (Early English/Saxon, Vikings and the British Isles as a whole before the Norman Conquest, as well as three 20th-century mysteries) and fantasy (Viking age/dragon-themed).

I was born in the old Mercian kingdom at some point since 1066. Raised in the shadow of a strange little building, told from a very young age that it housed the bones of long-dead kings of Mercia and that our garden was littered with old pieces of pottery from a long-ago battle, it's little wonder that my curiosity in Early England ran riot. I can only blame my parents!

Not sure where to start your journey through Saxon/Early England?

If you're new to Saxon England, then Son of Mercia, book 1 in Eagle of Mercia Chronicles, is perhaps where you should start. And then follow on with Wolf of Mercia and Warrior of Mercia and the continuing books in the series.

King of Kings, book 1 in The Brunanburh Series, is the story of the build-up to the greatest battle on British soil you've probably never heard about, Brunanburh. 'An epic story of kingsmanship that will set in motion the pivotal, bloody Battle of Brunanburh where allies have to be chosen wisely.'

If you like action adventure with a heavy dose of violence, foul language, and good old camaraderie - The Ninth Century series is for you, starting with The Last King. And fans of The Eagle of Mercia Chronicles will find a familiar face. Or The Seventh Century, starting with Pagan Warrior, has a little more politics to go with the set-piece battles.

If you're as interested in the ancient kingdom of Mercia as I am, then the loosely connected, The Tales of Mercia is for you. The individual series can be read in this order.

2) The Eagle of Mercia Chronicles starting with Son of Mercia.

3) The Ninth Century books starting with The Last King

4) A detour to The Lady of Mercia's Daughter and A Conspiracy of Kings, from the Tenth Century series

5) The Earls of Mercia series starts with The Earl of Mercia's Father.

If you're interested in fantasy with a Viking twist, then try The Dragon of Unison books or The Innkeeper standalone novel.

If you're interested in my 20th-century mysteries, then The Custard Corpses and The Automobile Assassinations are the books for you. And Cragside, a standalone 1930s murder mystery set at the beautiful North Northumberland estate.

Kindle Customer
4.0 out of 5 stars Great read
Reviewed in the United States 🇺🇸 on December 31, 2020
It kept me wanting more during the entire book.Well written it had my interest from page one.I loved it a lot.
Read more
Helpful
Report abuse

BUCHANART
5.0 out of 5 stars A good series for sure.
Reviewed in the United States 🇺🇸 on December 7, 2020
Wonderful series.
Realistic characters in a little known about piece of history.
Looking forward to reading more of
M. Porter’s books.
Read more
Helpful
Report abuse

ekakolewski
5.0 out of 5 stars What a great series.
Reviewed in the United States 🇺🇸 on September 14, 2020
I read the first to the last without stopping and can’t wait for the last one. Great reads. Read them.
Read more
Helpful
Report abuse
See all reviews

CP
4.0 out of 5 stars Good ongoing yarn
Reviewed in the United Kingdom 🇬🇧 on March 31, 2022
Verified Purchase
Once again a hero defeats impossible odds to achieve his goals. The loyalty of war and key to those aims. Not sure why the language has to include so much swearing, it doesn’t add anything and seems only to a cheap way to increase the word count.
Read more
Report abuse

Wendie Emery
5.0 out of 5 stars Loving it
Reviewed in the United Kingdom 🇬🇧 on August 18, 2021
Verified Purchase
Not disappointed with this one. The story unravels and grows more with each chapter. Onto the next one, just as soon as it’s downloaded
Read more
Report abuse

Phillip James
5.0 out of 5 stars Exceptional
Reviewed in the United Kingdom 🇬🇧 on November 21, 2021
Verified Purchase
Another page turner by this amazing author, historical and thrilling at the same time while still holding your interest in what the raiders and Coelwulf will do next. Onwards !
Read more
Report abuse

Ian C.
4.0 out of 5 stars Extraordinarily fast paced and bloody!
Reviewed in the United Kingdom 🇬🇧 on November 12, 2020
Verified Purchase
The story cracks on and despite the high number of battles, they all have a distinction of their own.
Personally, an overuse of coarse language just lets the writing down somewhat,along with the huge grammatical and spelling errors. A copy editor and proof reader need to be utilised to curb the annoyance!
Still, loved it
Read more
Report abuse

Bookwork
4.0 out of 5 stars Anglo-Saxon alive and kicking!
Reviewed in the United Kingdom 🇬🇧 on September 2, 2020
Verified Purchase
Again a cracking tale depicting an era in our history. However, I find the over use of the Anglo-Saxon expletives does not add to the telling of events.
Read more
Report abuse
See all reviews
Report an issue
Does this item contain inappropriate content?
Report
Do you believe that this item violates a copyright?
Report
Does this item contain quality or formatting issues?
Report