The Last Keeper (The Keepers' Chronicles Book 1) and millions of other books are available for Amazon Kindle. Learn more
Share <Embed> 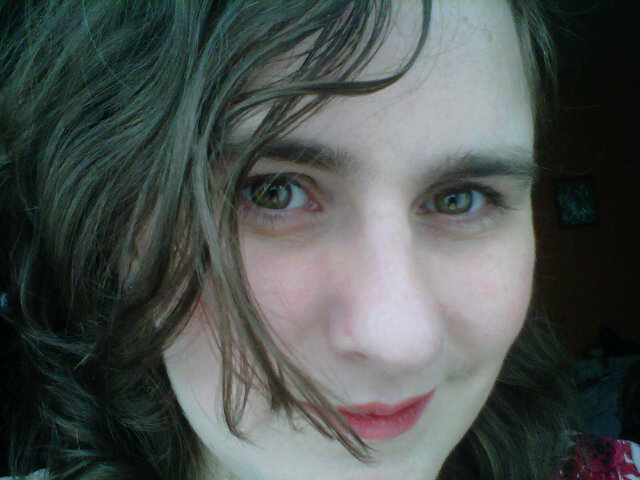 by Michelle Birbeck (Author)
4.6 out of 5 stars 9 ratings
See all formats and editions
Sorry, there was a problem loading this page. Try again.

Start reading The Last Keeper (The Keepers' Chronicles Book 1) on your Kindle in under a minute.

Emerald
5.0 out of 5 stars Fast paced, thrill ride, with a splash of love...
Reviewed in the United States on May 23, 2012
Verified Purchase
This book is well written. Period. Michelle makes the characters come alive. You feel the same pain as Serenity when she realizes Ray isn't there. As for the vampires, compared to Sere they're weak and feeble creatures. The were's and witches are a nice touch too.

I can't wait for the next installment.
Read more
One person found this helpful
Helpful
Report abuse

ECARRION
5.0 out of 5 stars Love Strong Female Character and Serenity is one Bad To The Bone Female!
Reviewed in the United States on August 15, 2013
I loved her nick name "Angel of Death", I love that she is one strong kick ass female character, I love the romance, and I love the action.

Serenity's race has been hunted to near extinction. She's a "Keeper" an 880 year old (give or take a century!), with the ability to influence others, including those immortal beings who want dominance over the world. Ray, is fascinated by Serenity, but has no idea that the world is filled with immortals, most of whom want him dead, and the only way to kill a Keeper is to kill their partner!

She's never had a partner, not that she doesn't want one, but she knows the risk that having a partner will do. But once they are located nothing can keep them apart. The feelings alone will drive them insane if they try to ignore the link. She is one of the two Keepers still alive only because she has been unlucky and not run into her mate yet. The other Keeper being 1500 yr old unlucky younger brother William whom has found his mate, Allison will have to be extra careful that they not located, by those that would like to see the Keepers finally extinct.

This story has a whole lot of action, romance, and betrayal. I was laughing one minute and sadden the next. The loss of her family was very vivid and my heart went out to her. The betrayal from one of her family members was a surprise, didn't see that coming. The pace is fast and never dull, so many twist and turns I didn't see coming. The story tense is present tense and the POV is from the Angel of Death / Serenity. I don't recall any grammar errors, I might just have overlooked if there were, no one is perfect so I tend to ignore them if they are a few and don't take from the story. Since, I don't recall any there were either none or not a significant amount to recall. The ending was great it would have been fine it the story ended there, however there was a one page preview into the next book where it left the story in a sort of cliffhanger which I'm not to found about. I don't like to wait a year for the next book in the series; however I was very fortunate that the next book was already out. I want to see what happens with Ray and Serenity and the rest of her family.

I received a complimentary copy of this book in exchange for my honest opinion and review.

Skye Callahan
3.0 out of 5 stars Paranormal Romance - Heavy on the Romance
Reviewed in the United States on May 23, 2012
Review by Felicia Wetzig

Behind those emerald eyes, and fiery red hair, Serenity Cardea is a member of an exceptionally powerful race charged with keeping the peace between the creatures of the world - the Vampire, Were, Witch and Human. As a "Keeper," Serenity is most concerned with the vampires who want dominance over everything and have the numbers and strength to get what they want. The Keepers, however, have another problem - imminent extinction. More than fifteen hundred years ago, Serenity fought to save her brothers and sisters, but now only she and her brother, William, remain. To further complicate matters, Serenity meets Ray Synclair, her mate, her only weakness, and the key to her death.

Disclaimer: I received an eBook copy of The Last Keeper from the publisher in exchange for my honest review.

The first part of this novel takes place in 1940 in London, during World War II, but the war doesn't take center stage. In fact the war barely makes an appearance, aside from leaking in from the periphery once in a while. As strange as it seems, (considering my own background in history) I found this treatment of the war quite appropriate.

"Silence surrounded me, making me feel as though I was standing in a gallery admiring a painting. Just like patrons of a gallery, I too was an observer, watching as the world passed me by. There were times when I simply glanced at the picture, gaining a general idea of what was happening before moving to the next one. And there were times when I saw everything. Every minute detail that the painting had to offer came alive before my eyes, but only if I took the time to look." Michelle Birbeck. The Last Keeper (Kindle Locations 59-62). The Writer's Coffee Shop Publishing House.

The story is told from Serenity's point of view. A woman who was born in 1067 BC would probably find even WWII to be another blip on the passage of time. Her main concern is the enduring threat of the vampires, her mixed feelings about finding her mate, and the fate of her kind.

Serenity was an honest and well-rounded character, she could smack down a vampire in a fight, yet she maintained a vulnerability and a softer side. Likewise, Ray was a charming yet determined character. His lifetime of dealing with a bad leg seems to have prepared him to deal with difficulties. It was a little shocking to see him accept the strange world he was thrust into, but it was part of the story. Even the secondary characters were well-developed, and no one is left out - each person has a role to play.

I enjoyed the romance between Ray and Serenity, but that dominates nearly the first half of the book. I would have liked some more tension and action to keep things going. We get the ball rolling right away with a vampire encounter in chapter 1, and a pretty nice fight scene, but then we don't get another until chapter 6 and that one was a little short-lived. Let's face it, the first half of the book is all about the romance and the setup for the twists, turns, and reveals of the second half.

Overall, I did enjoy the story, even though I wished for a bit more going on at time. The creatures and the rules regarding the paranormal aspects of the story were obviously were well thought out. Michelle succeeded in creating a believable fantasy world with lovable characters.

If you're looking for a book to escape in, The Last Keeper makes a good read.
Read more
One person found this helpful
Helpful
Report abuse

wayne
3.0 out of 5 stars Nice story, but no bang until the end.
Reviewed in the United States on June 3, 2013
The concept here is a good one, a Keeper is one who keeps balance in the supernatural world. There are many curves and turns and twists that keep the plot interesting. The problem is that those curves and turns and twists don't appear until the last 1/3 of the story.

While I understand the importance of developing the relationship between Serenity and Ray, it just went on forever with nothing happening. It was so mundane that it would be easy for the reader to lose interest. If you keep chugging, however, there is pay-off in the end.

I didn't feel the chemistry between Serenity and Ray that I would have liked. If there had been more, I don't know, it going on, the first 2/3s of the story wouldn't have been so mundane, but there really wasn't any spice. It was all very calm, cool, and collected. It's a nice story, but not one that would keep me up at night reading.

I'm hoping the 2nd book in the series starts out with a bang, now that we got all that history out of the way.
Read more
Helpful
Report abuse
See all reviews

Kindle Customer
5.0 out of 5 stars Five Stars
Reviewed in the United Kingdom on October 14, 2014
Verified Purchase
Just finished reading this and loved it
Read more
One person found this helpful
Report abuse

mrs j l disbrey
5.0 out of 5 stars gripping
Reviewed in the United Kingdom on September 16, 2014
Verified Purchase
I enjoyed every line looking forward to the next book the last chance could not put it down a very enjoyable read
Read more
One person found this helpful
Report abuse

westie
5.0 out of 5 stars the last keeper (The keepers chronicles)
Reviewed in the United Kingdom on June 24, 2012
Verified Purchase
I have just finished reading The Last Keeper and it has held me from beginning to end. I first heard about the author in a local newspaper (They always print the truth!) Well this time they have. A very different telling of an old mix of characters. The fact she has included new "beings" shows imagination. She has certainly held mine from the first paragraph. I am looking forward to her next book. I hope it is in print before my holidays.
Read more
One person found this helpful
Report abuse
See all reviews
Back to top
Get to Know Us
Make Money with Us
Amazon Payment Products
Let Us Help You
EnglishChoose a language for shopping. United StatesChoose a country/region for shopping.
© 1996-2021, Amazon.com, Inc. or its affiliates