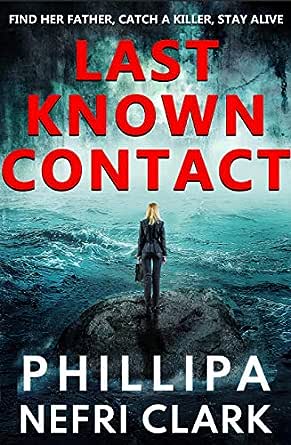 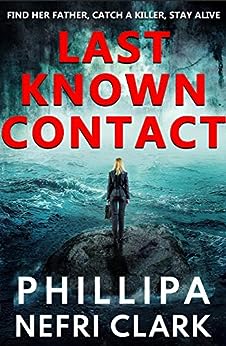 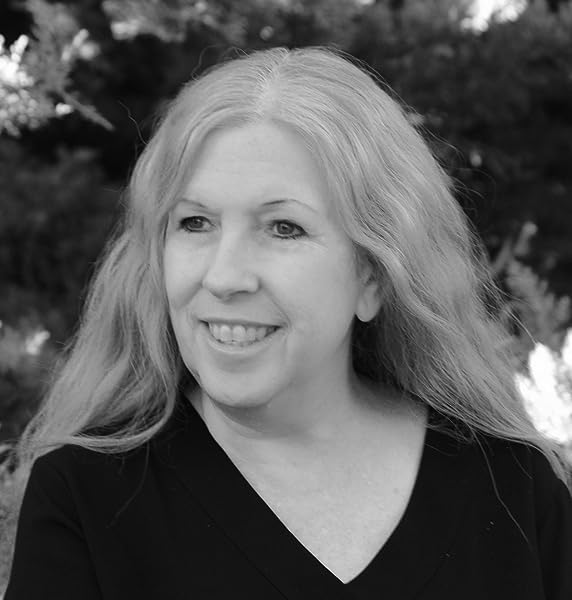 Fast paced, engaging and from the very first scene full of drama letting the reader know that Phillipa means business with this story. With its short sharp chapters and a game of cat and mouse, the plot tricks the reader into thinking one situation while actually revealing another. I was fully addicted to finding out what happened. HappyValley BooksRead, Goodreads.
A fast-paced story that keeps the reader guessing until all the pieces fall into place. Recommended for those who love a good mystery where family ties are severed, as well as the reader who enjoys a police procedural with some dramatic flair.Part mystery, part emotional discovery, this is one book that is sure to make waves and earn Phillipa Nefri Clark a slew of new fans, myself included. Matt Pechey, Reedsy Discovery

4.1 out of 5 stars
4.1 out of 5
26 global ratings
How are ratings calculated?
To calculate the overall star rating and percentage breakdown by star, we don’t use a simple average. Instead, our system considers things like how recent a review is and if the reviewer bought the item on Amazon. It also analyzes reviews to verify trustworthiness.

Brenda Telford
5.0 out of 5 stars Intense!
Reviewed in the United States on August 1, 2020
When Ellie Connor arrived back in Melbourne from London, she was exhausted and jet lagged. She certainly didn’t expect the news Campbell Boyd threw at her that her father was missing and had been for the past three days, and no one knew where he was, even if he was dead or alive. It turned out that Dennis, Ellie’s husband, was the last person to see Jack; Dennis had also moved out of their apartment and into the guest house at Jack and his wife’s house. Ellie was stunned at the changes since she’d been away and wasn’t quite sure where to turn for answers.

Detective Ben Rossi was investigating Jack’s disappearance and when Ellie saw him, she was shocked. Ben and Ellie had a history and she really didn’t want anything to do with him but making the best of a bad thing under the circumstances was all she could do. Jack Bannerman’s business had been built from the ground up, and Ellie’s own side business, The Foundation, was also doing well. But with Jack missing and Dennis making himself CEO, plus other staff members acting a little strangely, Ellie had no idea who to trust.

When a body was sighted in the ocean not far from their yacht, the Sea Angel, Ellie suspected the worst. Was it Jack? What was going on? And why did Ellie feel she was being watched? Would she ever see her father again?

Last Known Contact by Aussie author Phillipa Nefri Clark was intense, and I loved it! This author is very versatile with historical fiction, historical mysteries and suspense/mysteries all written equally well. I found Ellie to be a strong-willed character, loyal to a fault, and soft at her core – almost too much so as to be led in the wrong direction. Campbell was another favourite although his role was reasonably minor. Last Known Contact is a novel I am happy to recommend highly.
Read more
3 people found this helpful
Helpful
Comment Report abuse

Mrs. Helen Sibbritt
5.0 out of 5 stars I story not to be missed
Reviewed in the United States on September 1, 2020
I am a big fan of MS Clark’s stories and have loved every one of them, this book is a little different to her normal stories, a mystery thriller and it packs a punch there is suspense, twists and turns and characters that bring a lot of emotion out in the reader and a must read.

Ellie arrives home to Melbourne from London to find out that her father is missing, Jack Bannerman is head of the family company and a force to be reckoned in his business dealings, there are no clues whether he is dead or alive and Ellie is beside herself with worry and more so when she finds out that her estranged husband was his last known contact but denies it and jumps in to take over as CEO in the meantime and this causes Ellie more worries.

When detective Ben Rossi is called in to investigate emotions run high with Ellie as her and Ben have a past a past when they were in love and he is the last person she wants to see but he is doing his job very well with a lot of help from Ellie and soon they are uncovering secrets that a lot of company directors and family are keeping.

This is a fast paced story that had me turning the pages I had to get to the finish yet it is such a great story I also didn’t want it to finish, Ellie is so strong and capable even if there is killer on the lose making it dangerous for her and Ben oh he is good at his job and is determined to keep Ellie safe and get to the bottom of the mystery about Jack Bannerman’s disappearance and the longer Ben and Ellie spend together the more they open up about the past and feelings are changing, could they find love again with everything that is going on?

This is a book that I highly recommend, I loved it and everyone should read it.
Read more
One person found this helpful
Helpful
Comment Report abuse

TashNz
4.0 out of 5 stars Thrilling
Reviewed in the United States on August 31, 2020
A wonderful thriller that was thoroughly enjoyable and mysterious enough to keep the pages turning.

I highly recommend it because the characters were enjoyable, the mystery around Ellie's missing father is well developed and the exchanges are delightful and enhance the read. The pivotal moments get the heart going and the character development is brilliant.

I really enjoy following Phillipa Nefri Clark's evolvement because I feel as she evolves as a writer so does her books.

Alexia Janie Evans
5.0 out of 5 stars Page turner
Reviewed in the United States on July 20, 2020
Author Phillipa Nefri Clark does it again. Her new book "Last Known Contact" is filled with lots of suspense. If you enjoy reading Mystery/Suspense novels this is the perfect book. I loved it.
Read more
2 people found this helpful
Helpful
Comment Report abuse

AJReads
4.0 out of 5 stars Mystery
Reviewed in the United States on September 3, 2020
Last Known Contact by Phillipa Nefri Clark. Another great mystery. Ellie’s father goes missing in mysterious circumstances. He leaves her clues but these have gone missing. Ellie and her ex-boyfriend Ben Rossi try and uncover the mystery of what has happened to her father and is he dead or alive. Hard to put down.
Read more
One person found this helpful
Helpful
Comment Report abuse

Pauline
5.0 out of 5 stars An Award Winning Read
Reviewed in the United States on October 23, 2020
Last Known Contact by Phillipa Nefri Clarke has received a Chill with a Book Readers' Award.
Read more

Pauline
5.0 out of 5 stars An Award Winning Read
Reviewed in the United Kingdom on October 23, 2020
Verified Purchase
Last Known Contact by Phillipa Nefri Clarke has received a Chill with a Book Readers' Award.
Read more

Barry Finlay, Author of The Marcie Kane Thriller Collection
5.0 out of 5 stars Thriller that keeps you guessing!
Reviewed in Canada on August 15, 2020
Verified Purchase
Last Known Contact by Phillipa Nefri Clark is a fast-paced thriller with a variety of twists and turns. When Ellie Connor returns from a business trip to find out her father has disappeared, it sets off a series of events that will have you turning the pages.

The characters are extremely well developed and the reader is left guessing to the end as to whether Ellie’s father is dead or alive and the reasons behind his disappearance.

This book has all the ingredients of a good thriller and you won’t be disappointed if you pick it up. Highly recommended.
Read more
2 people found this helpful
Report abuse

wld
4.0 out of 5 stars Great story!
Reviewed in Australia on October 8, 2020
Verified Purchase
I thoroughly enjoyed this story. Kept me turning the page right from the start. Highly recommended.
Read more
One person found this helpful
Report abuse
See all reviews