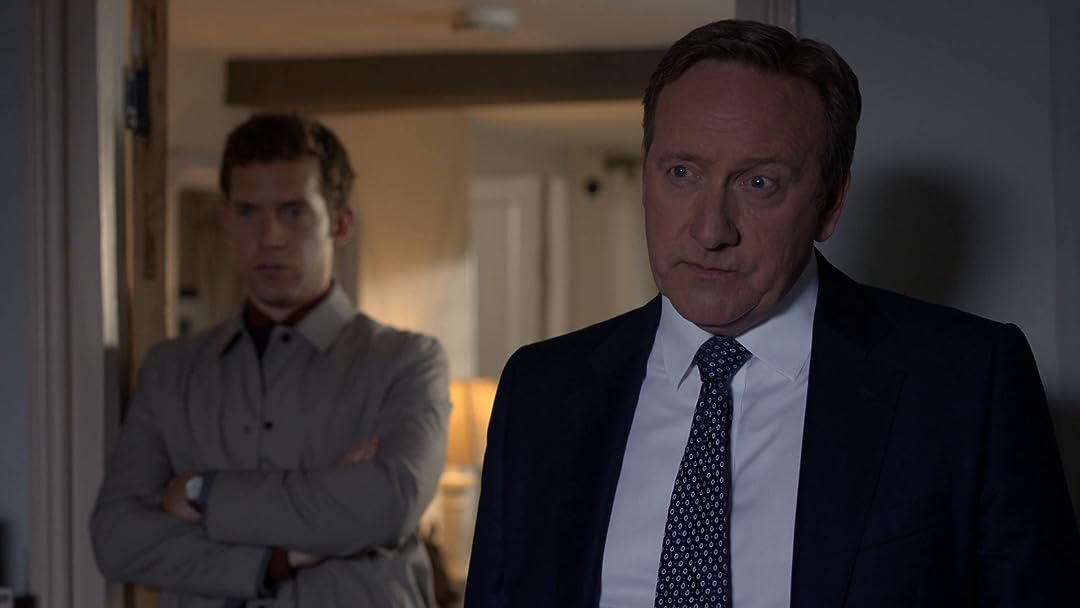 R. OremlandReviewed in the United States on March 15, 2017
5.0 out of 5 stars
Yes, I have seen EVERY episode
Verified purchase
This has been one of my favorite shows for years. Evey year when a new season becomes available, I plow through all the episodes with in the first week of availability. For me, watching an episode with a glass of wine at night is a great way to wind down after a hard day's work. My only complaint is the last two years, the show seems to be becoming less English, and as an American it's one of the things I found especially unique... I watch an English murder mystery, because it's...English.
42 people found this helpful

alistairvilleReviewed in the United States on March 31, 2022
5.0 out of 5 stars
A disturbingly comfortable show about murder
Verified purchase
What’s not to like about Midsomer Murders? Actually, quite a few things in the earlier seasons. Back in the first decade or so of MM, the show had someone at the top, producer Brian True-May, who said in an interview that there was no place in the programme for ethnic minorities and it was the “last bastion of Englishness”. He also said, "We don't have ethnic minorities involved. Because it wouldn't be the English village with them. It just wouldn't work.” Gays were also not treated as real people in those seasons. Quite a few writers have written about the show as a straight, white paradise construct. The show is quite unreal but is still entertaining, especially after ITV got rid of Brian True-May.

who felt that white people are the only British people, so that era of MM has very white casts. The remaining seasons became much more representative of actual Brits once they got rid of the whites-only notion.

LMSReviewed in the United States on March 11, 2017
3.0 out of 5 stars
Season Nineteen.... not as good as the past eighteen! I hate to say that... but I must.
Verified purchase
Wow- NINETEEN SEASONS! Congratulations to the whole cast and crew of 'Midsomer Murders'. Ten stars for that accomplishment.

I have seen every single episode of every season, so it goes without saying how much I love this series.

Season NINETEEN was a bit tame, for me. Gosh- who could ever forget ' the blue- crested hoopee' ????!! Now that was crazy good! And there are so many more well written episodes- some dark, but always entertaining.

Season 19, which was not, I guess, exciting for me. Wa it the acting? The writing? Is it time to call it quits? I don't know, but if you are expecting the unusual, at times bazaar story lines, you might be disappointed- like I was.
This season has no meat- THAT'S IT- no substance! This season is 'soft'.

******SPOILER****** A new detective is introduced, another comes back for a visit, and even THAT episode did not excite me. In fact, the ending to that show- two- was so ANTI-CLIMATIC, it was .... boring- just like my review is becoming! {: Losing Sykes was hard to swallow. ****SPOILER DONE*****

Of course if you are a fan of the series you MUST watch. I will be curious to read what other die hard viewers thought of Season NINETEEN.
I would like to see a Season Twenty of old. With great stories, beloved British guest stars, some grit, some humor with LOTS of English Village life mixed in- just like the first eighteen!
Lisa.
23 people found this helpful

Cyndi PhillipsReviewed in the United States on March 14, 2017
5.0 out of 5 stars
My favorite addiction
Verified purchase
Nothing makes me happier as far as guilty pleasures go than this show. I am so excited when a new season is available, I just wish should there were more episodes per season. I have watched all the episodes from every season multiple times, the stories and acting are so well done and the locations make me long for English Country living. Please keep this series going!!!!
11 people found this helpful

K. Chadwick Reviewed in the United States on March 11, 2017
5.0 out of 5 stars
Yet another season to enjoy
Verified purchase
Yet another sergeant, but I guess that's the nature of the role. And Winters has done as well as the rest of them. Of course, my favorite was always Jones. I loved seeing him again. And I also began to like Cam in this series. She was a pain before, but her character has calmed down. I hope she comes back for Winters' sake. Thanks for keeping it going for so long.
5 people found this helpful

B. BrasfieldReviewed in the United States on May 14, 2017
5.0 out of 5 stars
Excellent Set
Verified purchase
Love almost all the "Midsomer Murders" series/episodes but this is the best set staring Neil Dudgeon so far! I hope they keep making them. It is worth paying extra for an Acorn subscription just to get all the "Midsomer Murders". We go back to the beginning & watch them all over again!
5 people found this helpful

lrhughesReviewed in the United States on August 5, 2022
5.0 out of 5 stars
Favorite murder mystery show.
Verified purchase
I love the main characters. Barnaby family is so natural and has same issues any American family. The plots are so differently handled than US TV shows. Not a lot of shown violence. I'm catching up on episodes. On season 6 with 16 to go!!!
See all reviews
Back to top
Get to Know Us
Make Money with Us
Amazon Payment Products
Let Us Help You
EnglishChoose a language for shopping. United StatesChoose a country/region for shopping.
© 1996-2022, Amazon.com, Inc. or its affiliates