Add to Cart
$20.89
+ Free Shipping
Sold by: TheWorldShop
Add to Cart
$22.00
& FREE Shipping on eligible orders. Details
Sold by: Amazon.com
Have one to sell?
Sell on Amazon 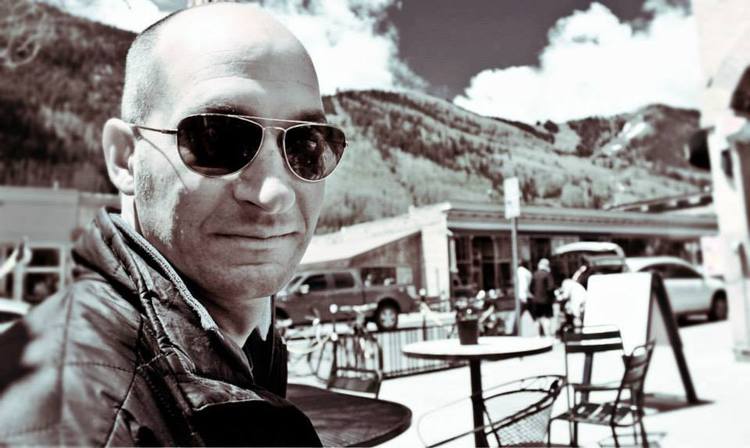 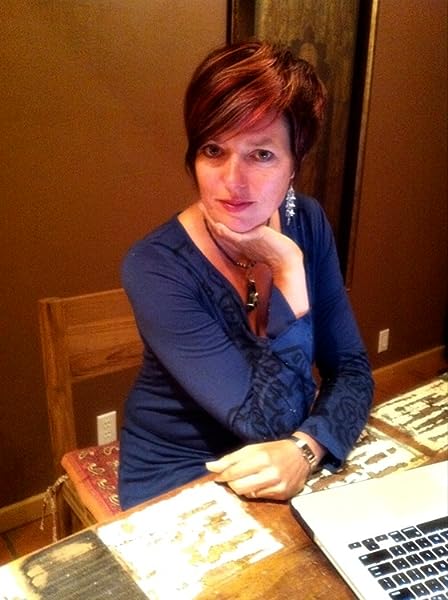 The Last Myth: What the Rise of Apocalyptic Thinking Tells Us About America Paperback – March 6, 2012

"If you want to know what's really happening in the reality-gap between our culture and our politics, and how we can refocus our efforts on real problems rather than just fears, The Last Myth lays it out in brilliant detail. A must-read book!" --Thom Hartmann, Bestselling author and international radio and TV show host

"The ability to distinguish between genuine perils-like climate change-and less fearsome ones is as key a skill as there can be at this tough moment, and this book has some truly interesting thoughts about how to do it."--Bill McKibben, author of Eaarth: Making a Life on a Tough New Planet

Mathew Barrett Gross is considered one of America's top new-media strategists. Mel Giles is a successful web author whose work has reached more than two million readers and has been reprinted on MichaelMoore.com.
Start reading on your Kindle in under a minute.

4.1 out of 5 stars
4.1 out of 5
24 customer ratings
How does Amazon calculate star ratings?
Amazon calculates a product’s star ratings based on a machine learned model instead of a raw data average. The model takes into account factors including the age of a rating, whether the ratings are from verified purchasers, and factors that establish reviewer trustworthiness.
Top reviews

Bio Prof
4.0 out of 5 stars Timely book but needs work on ending...
Reviewed in the United States on November 17, 2012
Verified Purchase
I got this book after hearing one of the authors interviewed on a podcast called Skepticality. He was well-spoken and made a lot of good points so I wanted to get a chance to see his ideas expanded, so I downloaded the Kindle book and got through it in a few days.

This book is very well-written and covers an interesting topic. It was interesting to read about the background of some of the apocalyptic ideas that had been around and how it still pervades our thinking. I remember during Y2K when friends were stockpiling bottled water, making sure they had lots of cash, and doing other crazy things, so it hit a personal note there. I also like how it addressed the problems of apocalyptic thinking on the right and left side of the political spectrum, and how both sides do damage to actually solving real problems. I admit to being more of an environmentalist, so it was good to have some of my own ideas challenged.

In the last part of the book, I think there is a problem with the ideas that are presented. They talk about the problem of apocalyptic thinking and how it is causing us to ignore the longer-term problems we have to face, due to resource depletion and our dependence on fossil fuels. I agree with the general ideas they are talking about, but they need to talk to someone about how to frame ideas if they are going to win people over to their side. They state that we'll have to accept the idea of a world in decline, and the problem is that even based on the material in their own book, it is clear that no one is going to accept this sort of argument. It just won't work with human psychology, so we need an alternative. I think we need to re-frame this issue in a way that people can accept and get behind. The best way to do it is to think about how to define your argument - we need to re-define what is desirable so that we don't depend on resources that are running out and try to convince people that is the way to go. With a society that is focused on consumerism it's going to be hard to do. I'm not sure how to convince people they don't need a new phone every six months, but if we want to start to change people's short-term thinking, we're going to need to win them over to our way of thinking...I'm not sure how to do it, but talking about accepting the decline of society doesn't seem like a winning option.

I think this book is a good contribution to the debate we should be having. Unfortunately, I really don't see that happening politically or socially, but I hope I am just being pessimistic.

Jeffery L Irvin Jr
5.0 out of 5 stars Fantastic Introduction to Apocalyptic Thought in America!
Reviewed in the United States on August 11, 2012
Verified Purchase
Mathew Gross and Mel Gilles have given us a wonderful introductory volume on apocalyptic thought in American life. The authors are particularly adept at connecting this way of thinking with views on the everyday issues that face us as Americans, and as a species. Whether it is global warming or the creeping problem of resource management in a world that is becoming dangerously overpopulated, Gross and Gilles have clearly shown that traditional apocalyptic thinking is of no present help to us, or to our future on this planet.

The problems of global warming and resource management threaten to flank the world into an unenviable situation; however, if the end of man does come it will likely arrive with a whimper, not a bang. For, we have proven over and over again our proclivity to "fiddle while Rome burns." Gross and Gilles have given us a sober wakeup call, but it is not a warning born of distempered dystopian fear; it is merely a call to justice, equity, reason, and common sense. We can still choose our "fate," as Jared Diamond has said in another book.

I highly recommend this book to anyone interested not only in history but in setting a new course for human history.

Jeffery L. Irvin Jr.
Author of "This Is the End: The Coming Apocalypse, the Culture of Fear, and the Fate of American Society"
Read more
2 people found this helpful
Helpful
Comment Report abuse

Z. Shaw
5.0 out of 5 stars A Brilliant Worldview-Changer
Reviewed in the United States on March 21, 2012
Verified Purchase
The Last Myth enriches and expands our understanding of the times we live in. It goes far beyond what we might expect of a book about the end of times. Through a fascinating historical narrative buoyed by strong empirical evidence, this exemplary work of nonfiction sets forth a case for transforming America's hegemonic and flawed concept of 'infinite progress' as we hurtle toward an unsustainable and collectively ugly resource-depleted future. In doing so, it becomes the panacea for the mindless mindfulness of the New Age. It makes sense of the teeming Rapture-ready herds champing at the armageddon bit. It defines, deconstructs and disposes of our modern secular culture of apocalyptic obsession. In short: it blows asteroids out of the sky.

In the end, The Last Myth may change the way you think about your place in the grand scheme of things. But perhaps more importantly, it will steel you for the times to come, and equip you for the times you are living in right now. Supervolcanoes, asteroids and pandemics are the laughably improbable bogeymen for a decline that's already taking place. Peak oil, economic collapse, global warming and income inequality factor high on the authors' TEOTWAWKI list for good reason. Unlike far-flung extinction level events that we can do very little about except grin and bear, the scientific community is lined up to support the authors' assertions. American collapse is simply the other side of the hard-fought bell curve that the baby boomers giddily bounced on top of when they got back from the war. Now far beyond driven into the red, the authors point to chunks of the American Dream as they crumble off, and warn us of the next pieces to fracture, only this time perhaps more violently. All the while, a pragmatic optimism persists, and the authors are strictly professional when it comes to the presentation of the facts.

You'd have to be living under a rock to not see the changes taking place, and yet this is the very argument put forward. Our rock is our cultural identity, which we cling desperately to during the onset of what feels like the end to us. Behind the magnetic pole shifts and solar flares, we are not only hiding from our own inevitable death -- we're coping with the tenuous nature of being alive. What is the value of one's life's work if there is no future for it (or in it)? Gross and Gilles smack the existentialism out of the reader's head to get to the facts: the time to do something is now. Not because the whole world is going to end, but because the illusion of infinite prosperity via technology is giving way to the reality of a finite natural world.

As I set the book down after voraciously tearing through to its humble but enthralling conclusion, I couldn't help but think of how future generations would regard mine. After reading The Last Myth, I think history will split us into three groups: those who started the fire, those who threw fuel on it, and those who knew well enough to stay far away from the spreading conflagration. Up until now, we Americans were free to belong to all three groups. But with every passing day, that's changing. The groups are getting more polarized. Eventually the fire will consume most of those dancing around it. History is written by the survivors.
Read more
17 people found this helpful
Helpful
Comment Report abuse

Steven A. Smith
5.0 out of 5 stars Astonishing book
Reviewed in the United States on July 15, 2013
Verified Purchase
I'm grateful to the authors for putting apocalyptic thinking into historical perspective along with a great way to understand where we are now. Having been raised in a Southern Baptist family (my dad, brother, & uncles are ministers), the Rapture and end-times have been a huge part of my worldview. I hope that this book will be widely read and understood, since apocalypse is the Zeitgeist. I hope to read more by these authors.
Read more
One person found this helpful
Helpful
Comment Report abuse
See all reviews from the United States

Starwalker
5.0 out of 5 stars Essential reading ...
Reviewed in the United Kingdom on February 20, 2014
Verified Purchase
...for anyone interested in the thoughts and beliefs that have shaped our contemporary culture. Basically, if you have billions of people down the ages who have bought into the idea of the 'End of Times' or the 'Apocalypse' ... that is what you get. Or is it the other way around? This book will get you thinking if you've never considered these kind of themes, and you have, it will be good grist to the mill of your musings. A great read.
Read more
Helpful
Sending feedback...
Thank you for your feedback.
Sorry, we failed to record your vote. Please try again
Report abuse