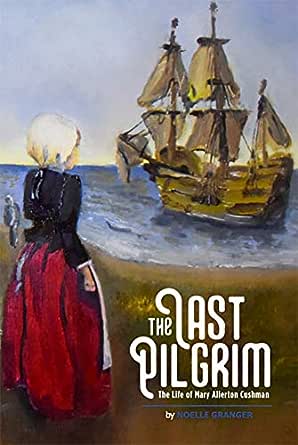 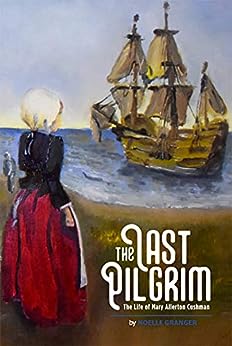 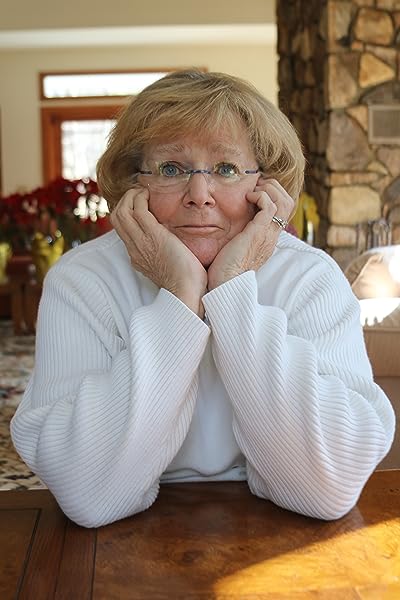 5.0 out of 5 stars
5 out of 5
17 global ratings
How are ratings calculated?
To calculate the overall star rating and percentage breakdown by star, we don’t use a simple average. Instead, our system considers things like how recent a review is and if the reviewer bought the item on Amazon. It also analyzes reviews to verify trustworthiness.
Top reviews

OldeBeachBum
5.0 out of 5 stars A great read
Reviewed in the United States on July 4, 2020
Verified Purchase
I generally do not indulge in book reviews, largely because as a writer myself, I find that if I read too many other books it adversely affects my own writing, makes my natural tendency toward imitation come to the fore. But this time I cannot keep silent about a new book that has crossed my desk, ‘The Last Pilgrim, The Life of Mary Allerton Cushman’ by Noelle Granger.

The year was 1620. An old, battered and leaking ship, the Mayflower, arrived in the new world. Aboard are more than a hundred passengers, plus about thirty crew. They gaze at the land, grateful to have arrived in one piece, as they have survived storm, overcrowding, scurvy and death at sea. They anchor in the harbor at Cape Cod hook, now known as Provincetown Harbor. Here they draw up the Mayflower Compact and, led by William Bradford, established a colony in the new world.

All of us know these facts from history we were taught. As children we learned the dates, the names, the numbers of people, looked at paintings that represent the arrival at Plymouth Rock and dressed up as puritans with black paper hats and made turkey paintings by outlining our off-hands for Thanksgiving in first grade.

But history can be a cold thing, and the trials and tribulations of the Separatist English Puritans were very real. To feel what they felt, I recommend ‘The Last Pilgrim’ without reservation.

Of the passengers on the Mayflower, Ms. Granger picks the family of Isaac Allerton, and in particular, Isaac’s daughter Mary Allerton, as the vessel to show the reader what it was like to live in that time and place. On the voyage to the new world Mary is but a small child, intelligent and full of life. She has too much energy to be easily constrained to the quiet studious life of a rigid separatist, and so explores this new world as much as she can.

There is a tendency of historical fiction to overplay the history, to overload the narrative with as much information as possible, as if the writer were trying too hard to show how much they know. Ms. Granger does not do this. She weaves history seamlessly into the story using the known facts of Mary’s life. The clothes they wore, the shelters and houses they built, details of midwifery, the food and how they made it, the colony’s relationships with the natives, plus their frustrations with competing colonies and their own sponsors back in the old world, all appear naturally in the narrative. It’s very clear Ms. Granger has more than done her homework, but does not burden the reader with leaden textbook verbiage. I found myself learning without being aware I was learning, a true joy.

A particular pleasure was to read this book written from the standpoint of a woman of the time, to see the events of the day through her eyes. First as a child, then as a teenager, a young woman, a mature woman and finally as what we would now call a ‘senior citizen’, we are treated to Mary’s inquisitiveness, her courage and her strong heart as she navigates the joys and sorrows of life in her time.

I don’t want to give you the details of the story. Better for you to enjoy Ms. Granger’s well-crafted story for yourselves rather than me giving you a second hand Cliff Notes version. Suffice to say you will be transported to the time and will laugh and cry right along with her.
Read more
2 people found this helpful
Helpful
Comment Report abuse

Mae Clair
5.0 out of 5 stars Amazing Storytelling Combined with Meticulous Research
Reviewed in the United States on October 21, 2020
Verified Purchase
The Last Pilgrim is an amazingly researched historical novel detailing the life of Mary Allerton Cushman, the last survivor from the Mayflower. Mary was four years old when she arrived at the Plymouth Colony. She lived to be 88, dying in 1699. During her lengthy life she experienced the hardships, upheaval, and struggle to survive in a new land. Her growth from curious, wayward child to strong, intelligent woman takes the reader on a remarkable journey populated by historical figures and events. The author delves into multiple issues ranging from political disputes, relations with neighboring tribes, even religious disagreements. Everyday life is presented in such engrossing detail it’s easy to lose track of time as Granger immerses her readers in a world all but unfathomable today. Her passion for those she has undertaken to write about, along her meticulous research shines through in every passage. I found myself reluctant to stop reading each night when sleep called.

There is nothing dry or tedious about this book. Rather it is populated by vibrant people, familial struggles, loves, losses, friendships, danger, and triumphs. As someone who was only marginally familiar with this time period, I found it not only a compelling story, but also an education that has left me with an increased admiration for the women and men who populated our earliest colonies. Highly recommend!
Read more
Helpful
Comment Report abuse

Krazy4Katz
5.0 out of 5 stars A historically fascinating, lovely novel
Reviewed in the United States on August 31, 2020
Verified Purchase
I loved this book, the first historical fiction by Noelle Granger. As a friend of the author, I have read all of her books. She is so talented. The story is, as the title says, about the last surviving Pilgrim of all those who came over on the Mayflower. The Separatists, who disavowed the Christianity of England left to find a place where they could worship freely. Blown off course and not finding a place to anchor the boat, even getting ashore was difficult. By the time they reached a place where they could live, large numbers of the travelers had died of diseases and lack of healthy food. It appears so many women died that there were many more men, which led to them remarrying women much younger than themselves. The main character in the story, Mary Allerton, is sent to live with another family, with hope that they will be able to train her to become a woman who behaves properly and in accordance with their Separatist faith. There are many threads to this story: the relationship of the colony with the surrounding native tribes and with other colonies that have come to the new land. It is a fascinating look at the power struggle as everyone tries to protect themselves and keep the peace. Mary grows into a young woman, marries and has children and this novel tells of her life in the New World. As it is said, the devil is in the details, and the author has certainly done enough research to give you an idea of every part of their lives. A fascinating read either as history or fiction.
Read more
Helpful
Comment Report abuse

E.C.
5.0 out of 5 stars Travel Back in Time and Join the Last Pilgrim on the Mayflower
Reviewed in the United States on June 15, 2020
Verified Purchase
What a fascinating read, especially with the 400th anniversary of the departure of the Mayflower this year. I had no idea about all the hardships the Pilgrims/Separatists had to endure, and if they had not made it then we wouldn’t be here today. Her book makes you feel present at that time right along with the new settlers to the Americas. This is an entertaining way to learn the history of our great country.
Read more
2 people found this helpful
Helpful
Comment Report abuse
See all reviews

A. W. Savage
5.0 out of 5 stars A moving insight into the power of the human spirit to overcome adversity.
Reviewed in the United Kingdom on June 30, 2020
Verified Purchase
It’s inevitable that a detailed, closely-researched account of the tribulations faced by those who crossed the Atlantic in “The Mayflower” will be read differently by a British audience than an American one. Yet even if you don’t feel the patriotic overtones, this is a still well-researched and at times deeply moving tale of people fighting to remain true to themselves, despite hardships and disagreements of every kind. There is no romantic whitewashing of revered historical figures either. These hyper-puritans squabble, quarrel, are tempted away by profit, lust after one another and frequently prove themselves fallible human beings, not cardboard figures in a sanctified history.

Most unusually, the author tells her story not through the actions of male leaders but mostly through the eyes of a woman whose family joined the desperate venture when she was just a small child. Mary Allerton Cushman lived through all the triumphs and disasters of the colony until almost the end of the seventeenth century, 80 years after the day in 1620 when their leaky ship set sail from Plymouth, England, bound, they hoped, for lands to the south of Cape Cod.

Page by page, you see the colonists’ bitter struggles through the experiences of those involved, complete with the emotions which drove them either to hold out in the darkest moments or give up. Despite their professed attachment to the colony’s beliefs, several members grew weary and went elsewhere. Others openly lived in a manner inconsistent with their sect’s doctrines. Nothing went easily for the colony, despite growing numbers and prosperity. Indeed, this very growth produced constant friction between the original colonists and those who came after. There was a surface brotherhood, but one constantly at war with all the individualism and personal desires the human race is naturally prone to. The Plymouth colony saw no golden age of harmony, but a seething mass of disputes and antagonisms, held together by the few who set being true to their beliefs over the opportunities available in a land still lacking any kind of central authority or government.

If you want to get a powerful insight into a time of conflict between set religious dogma and burgeoning individualism, a time when people discovered that freedom from the rule of the English king brought its own drawbacks, this book is a must-read. All praise to Noelle Granger for bringing it to the general reader with such care and skill.
Read more
Report abuse
See all reviews