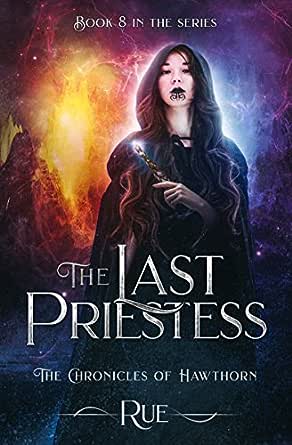 You've subscribed to The Chronicles of Hawthorn! We will preorder your items within 24 hours of when they become available. When new books are released, we'll charge your default payment method for the lowest price available during the pre-order period.
Update your device or payment method, cancel individual pre-orders or your subscription at
Your Memberships & Subscriptions
There was an error. We were unable to process your subscription due to an error. Please refresh and try again. 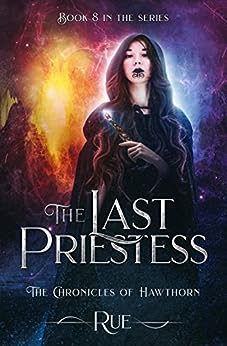 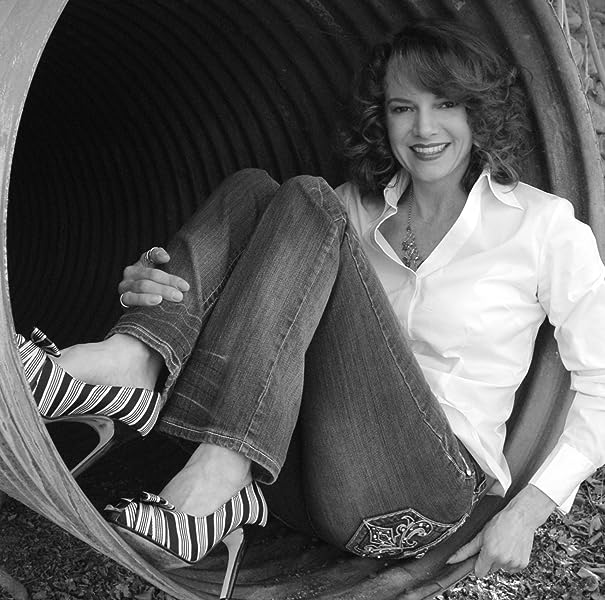 The Last Priestess (The Chronicles of Hawthorn Book 8) Kindle Edition 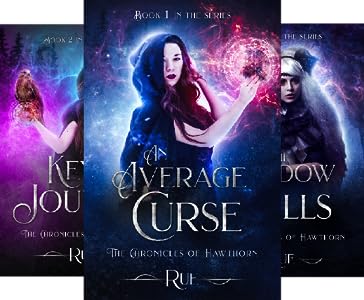 4.8 out of 5 stars
4.8 out of 5
9 customer ratings
How does Amazon calculate star ratings?
Amazon calculates a product’s star ratings based on a machine learned model instead of a raw data average. The model takes into account factors including the age of a rating, whether the ratings are from verified purchasers, and factors that establish reviewer trustworthiness.
Top Reviews

This series has been beyond amazing! The action in this book is off the charts! It goes beyond words to say these characters truly came to life! A plethora of unanswered questions meet resolution and emotions will run full course. Be ready for great happiness and deep sadness. A brilliant conclusion to this amazing series, but I can’t help but wish it could keep going! Very glad to add this series to my collection! All my reviews are always voluntarily written.

Trout
5.0 out of 5 stars Satisfactory ending to an over-long series.
Reviewed in the United States on October 10, 2018
Verified Purchase
A good story...interesting characters.. too many actually, but eight books was a bit much....what happened to the trilogy?
Read more
Helpful
Comment Report abuse

On Aotearoa, Flynn is finding it is much easier to be named Priestess than to be one. Everyone has their opinion on the next step to be taken, and her headaches have returned. Kahu is also having a bit of trouble adjusting to being the past Priestess not the present. Flynn has too many people being helpful. Isn’t she The Daughter of Prophesy?

Hazel rushes to become a level nine Arei. This is the only way she can be at Flynn’s side when the battle begins. They have been together since childhood, Hazel is willing to give up any other possible future to protect her best friend! No one has ever advanced this quickly. Will Hazel make it in time?

Po is now the Master of Carvings as was his mother before him. His talent exceeds any ever seen, it is almost magical. If Hazel passes her test, Po knows she will be forever beyond his reach. Still he knows there is no one better or more loyal to protect their priestess. The three have always been the best of friends. How will Po continue with half a heart?

Rowan languishes in a prison cell in the caves of Matamoe in Southeil, while his sister, Magdelena, continues to pursue her plans to reclaim the amulet from Roselle. His execution has been ordered as soon as the Mistress of Destruction returns from her current mission to round up more soldiers for Magdelena’s army. Can Rowan escape from his sister’s dungeon? Will he and Flynn ever see each other again?

The amulet has taken control of Roselle. She no longer has a will of her own and cannot remove it. Kua Kore has raised most of his generals with the help of Roselle and the amulet. For his plan to take over the human world to work, he needs to raise them all. Then he can discard the human vessel, Roselle! Can she fight back against this undead force? She is after all just a child no matter how powerful a witch!

Get The last Priestess today, join the battle, finally discover the conclusion to The Chronicles Hawthorn!

I was gifted a copy of this book and am voluntarily leaving a review.
As a long time fan, I also pre-ordered the book on Amazon!

lana turner
5.0 out of 5 stars A magnificent ending to a thrilling and magical series!
Reviewed in the United States on September 4, 2018
The new high priestess of Aotearoa is ordained and she is Flynn, the ninth daughter of the ninth daughter and she is the daughter of prophecy! It was said that she was the balance she seeked to restore, that she would re-unite the book of shadow and light but in order to do that she would have to kill the shadow witch, Magdelana of Southeil, the dark coven. She needed the rest of the coven to do this, so her first declaration to the coven of the inner circle as their new high priestess had inevitably to be a call to war. However the high priest Kua Kore also had plans for the Book of Shadows and he was raising an army of the dead. Roselle and her only friend Piripoho were being used by the evil priest to gain the power of the amulet. Whilst this is all being planned out Magdelana is setting her own evil plans to gain ever more power and to overcome Flynn. The day for the massive battle finally arrives and the fight between good and evil takes place. I love that in all of this Flynn manages to keep within the light and does not get her hands dirtied by killing but as usual good trumps evil after all Flynn is Dundin's daughter and he is the keeper of the moon! Wow I am still reeling from this massive ending. Rue has given us, her readers, this amazing 8 book series with this book as the grand finale we have all been waiting for and she has managed to tie all loose ends up beautifully. However I know that I am going to miss the great characters from Moa Bend namely of course Flynn, Hazel and Po and Rowan from Southeil. What a great journey this was, well done Rue.
Read more
Helpful
Comment Report abuse

B. J. Taylor
5.0 out of 5 stars Action packed…suspenseful…mind boggling
Reviewed in the United States on September 3, 2018
The conclusion to this exciting series…Another masterful story by the very talented Rue.

This is such a bittersweet moment. Over the last two years I feel I have gotten to know Flynn, Hazel, Po, and Zip. I have been a part of their lives, watching Flynn, Hazel and Po grow up and find their rightful places in their society. But with this last book in the series, the children are grown and have left their nests.

It has always been Flynn’s destiny to reunite the Book of Light and the Book of Shadow…to make that which is separate become one…to restore the Balance.

Flynn is now the High Priestess and her first command must be a declaration of war. It is now time for action.
Magdalena, the Shadow Witch, also prepares for war. She is ruthless, not caring if she has to kill her brother Rowan or her daughter Roselle to attain what she wants.

Action packed…suspenseful…mind boggling. I longed to know the fates of those I have come to know so well. Would Flynn and Hazel survive the battle? Will Po forever be denied the one he yearns for? And what of Flynn’s love for Rowan – can he be trusted? Who will he ultimately defend – his sister Magdalena or Flynn? So much hangs in the balance.

Thank you to the author for this awesome series. You told their stories magnificently. And now I must bid them farewell.
Read more
Helpful
Comment Report abuse

June
4.0 out of 5 stars Wonderful!
Reviewed in the United States on April 5, 2019
I just finished Book 8 in the Chronicles of Hawthorn series. I loved every book. There was a lot going on in this last book. The final battle was a nail-biter, with wondering who would die and who would survive. I was surprised with a couple of them. A very satisfying ending. I hope there is more coming with the next generation. There is at least one villain one the loose.
Read more
Helpful
Comment Report abuse
See all reviews from the United States

angela batey
5.0 out of 5 stars Great story with twists and turns
Reviewed in the United Kingdom on October 22, 2018
Verified Purchase
This book is a great story with lots of twists and turns. I would recommend this book and the full series
Read more
Helpful
Sending feedback...
Thank you for your feedback.
Sorry, we failed to record your vote. Please try again
Report abuse