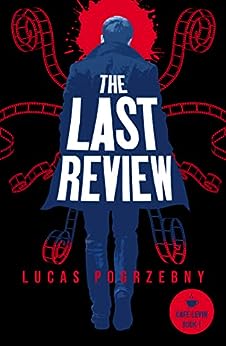 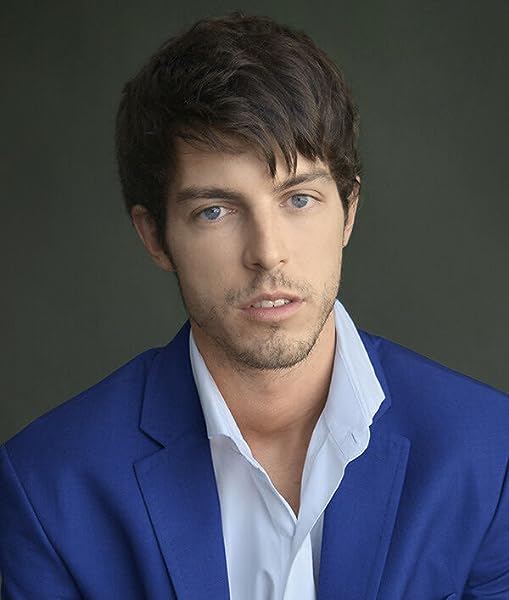 Coffee, Camera . . . Murder! A detective in the making with a starring role, Levin must solve a string of murders taking place during the shooting of a mystery movie—little does he know he’s included in the final cut of the killer.

Due to a mysterious request, freelance writer Polo Levington, a.k.a. Levin, returns to his home town and goes undercover into the troubled set of The Last Farewell, a film wrapping its production, and one whose cast and crew are infamously linked to a past tragedy. The tension is immediately felt . . . and takes a turn for worse when someone inexplicably drops dead during a scene.

Trying to leave behind a childhood incident that cursed him with a panic disorder, Polo isn’t keen on getting involved with a similar affair, until a chance meeting with a honey-eyed actress and a world-weary policeman convinces him that there are some truths worth fighting for. Together they’ll discover the rabbit hole runs deeper than imagined, to the death of the ‘Golden Girl of Cinema’, killed decades ago by a prop in a film shoot very much like this one.

History repeats itself—and so does a murderer.

A psychological murder mystery that features a fresh take on the classic whodunnit, The Last Review is a cohesive standalone story, with an overarching narrative that follows Levin’s detective career in a nostalgic city where some truths have always been hard to reach.

WHAT READERS ARE SAYING ABOUT THE LAST REVIEW:

“A lot of mystery books seem to work on a formula—this one broke the mold.”

“Well paced and with a great twist ending.”

“There’s plenty here to get the tiny grey cells working, as the famous diminutive Belgian would say.”

“A murder mystery with an almost vintage ‘locked room’ vibe to it.”

“In the style of the best of mysteries.” 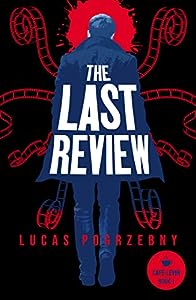 "Exceptionally well done and hard to put down. Detective story enthusiasts are in for a treat." -Diane Donovan, Midwest Book Reviews

"The storyline is solid enough to keep the reader invested until the the final page." -Whispering Stories Book Blog, Amazon Top 500 Reviewer

"A very engaging writing style and a mystery that only lays out all its cards at the very end." -Lagoon, Amazon Top 1000 Reviewer

A detective fiction and horror enthusiast, Lucas Pogrzebny strengthened his craft in mystery writing by completing numerous courses in criminalistics and criminology, among other specialties. In addition to his work as a writer, he has spent almost two decades involved with acting and filmmaking.

He is bilingual in English and Spanish, and has always resided in the city of Buenos Aires.

Join Lucas's newsletter to get a free novel: www[.]lucaspogrzebny[.]com

An avid reader and cinephile since childhood, he has completed numerous courses in creative writing, genre fiction, narrative structure, and even criminalistics and criminology, among other specialties. In addition to his work as a writer, he has spent almost two decades involved with theater, acting, and filmmaking.

He is bilingual in English and Spanish.

4.0 out of 5 stars
4 out of 5
24 global ratings
How customer reviews and ratings work

Heather L. Barksdale
4.0 out of 5 stars A mystery with a new detective lacking ancillary character development
Reviewed in the United States 🇺🇸 on February 6, 2022
“The Last Review” introduces Polo Levington (Levin), a film critic whose work increased the legitimacy of a magazine previously known for gossip. His work has his old employer reaching out to him and assigning him to an important set- one where two previous stars have decided to make their return to the big screen. The set of “The Last Farewell” is darkened by a past fatal tragedy, egos, and fights between cast members. All meaningless drama- that is until someone drops dead.

Overall, I was a little torn on this story. I love a good murder mystery and an intriguing who-dun-it. And while this story had elements of both, it just didn’t come together. Some of the characters were more developed than others. Levin as a protagonist I found to be interesting- broken and determined. His blooming friendship with Clara was also done in a way that was graded and believable. However, I found that many of the other characters (including the victims and the main suspects) were not developed or relatable enough to find a connection to.

I received a copy of this story in exchange of a fair and honest review.
Read more
Helpful
Report abuse

euniceann
3.0 out of 5 stars A classic mystery tale
Reviewed in the United States 🇺🇸 on May 12, 2021
Overall, I enjoyed the story and the mystery. It definitely felt like a classic storyline and I could even see Humphrey Bogart in the role of Levin. In fact, the whole thing had a feel of that golden age of Hollywood that I was surprised to find out that it was set in present day.

I had a hard time reading through it though, because there were a lot of characters and it was difficult to keep them straight at times. Even Polo Levington’s character, who was frequently referred to by his full name, his first name, and his nickname, “Levin.” The pace was very slow and overly detailed, which also led to a challenging read.

I liked the back story of Levin and his trauma, as well as the web that was woven around the “accident” where Vanesa died, but at times, it felt that there was more development of the back story, which really only had to do with why the main character was the way he was and not relevant to the overall progress of the current mystery.

As with any good mystery, the characters are filled with motive, deceit and subterfuge, which did keep me from second guessing my own ability to solve the crime until the very end.

Anne
3.0 out of 5 stars Overstuffed
Reviewed in the United States 🇺🇸 on July 20, 2021
This book felt like a bit of a slog, not because the mystery wasn't interesting, but because the case was buried under so many layers of impressionism. The book spends way too much time being atmospheric, using overblown metaphors to try to make scenes more dramatic than they actually are. It's all an attempt to get the reader inside the head of Polo Levington, a 25-year-old movie critic who is struggling to live with the effects of a trauma he experienced in childhood. After reluctantly agreeing to write an article on a movie that's in its last weeks of production, Levin (as he's called) finds himself pulled into the role of detective when strange accidents begin occuring in the studio, echoing mysterious events of twenty years ago. Though Levin is obviously the protagonist, I found myself more drawn to the nitty-gritty, Bogart-esque Inspector Darsena. The two men are sometimes at odds but end up working together to solve the mystery, which, I will say, was entirely unpredictable. Actually, far-fetched is what it was.
* I received a complimentary copy of this book through Voracious Readers Only
Read more
Helpful
Report abuse

Kindle Customer
3.0 out of 5 stars Difficult to get into
Reviewed in the United States 🇺🇸 on September 27, 2021
Enjoyed this book once I finally got into it. Slow to start, so you just have to give it a chance. I almost didn't - almost put it down but then changed my mind and gave it another chance. Glad I did!
Read more
Helpful
Report abuse

Elizabeth J. Tarry-crowe
3.0 out of 5 stars A twisty ending
Reviewed in the United States 🇺🇸 on July 30, 2021
I appreciate how hard the author worked to make this book work but for me, it was slow going. The over use of full names interspersed with nicknames slowed the pace, and what was to my mind more atmosphere than dialogue or plot made it a challenge at times. The lengthy backstory was interesting but didn't move the plot forward. However, I thought the ending was creative and twisty. I can see how fans of classic mysteries would enjoy this book. For me, it was a 3.5 star read. I I voluntarily read and reviewed after receiving a free copy.
Read more
Helpful
Report abuse

Onereader
4.0 out of 5 stars Good reading….
Reviewed in the United States 🇺🇸 on August 2, 2021
This is a good book filled with lots of detail (perhaps a bit too much at times). It was an enjoyable read but I think a cast of characters would be a big help to the reader. This book has a lot going on and a true mystery lover should enjoy it. Thanks to the author, I received a copy of this book. I leave my review voluntarily.
Read more
Helpful
Report abuse

Ruth Brassell
4.0 out of 5 stars Memories of the past can kill
Reviewed in the United States 🇺🇸 on August 16, 2021
Fascinating story with lots of twists and turns. The main characters play off each other brilliantly and make reading this story a thrill ride. Not an easy read because of all the clues. As an avid mystery reader, I was surprised by the ending.
Read more
Helpful
Report abuse
See all reviews

Lagoon
5.0 out of 5 stars Props and shots.
Reviewed in the United Kingdom 🇬🇧 on September 15, 2020
Verified Purchase
Suspicious deaths of actors during filming, although rare, is not unheard of. Remember the unfortunate end that Brandon Lee met? Throw in some long held secrets, inflated egos and, of course, lashings of coffee and you have the first in what I hope is the start of a long series. Critic and caffeine junkie, Polo Levington, is a fixture on set and is supposed to writing on article for a magazine. That’s before cast members start taking early exits.

Although the mood is very much that of the golden age, there is a modern feel to the narrative and Polo himself pays more than lip service to the likes of Columbo and Poirot.

A very engaging writing style and a mystery that only lays out all its cards at the very end, there’s plenty here to get the tiny grey cells working as the famous diminutive Belgian would say.
Read more
Report abuse
See all reviews
Report an issue
Does this item contain inappropriate content?
Report
Do you believe that this item violates a copyright?
Report
Does this item contain quality or formatting issues?
Report