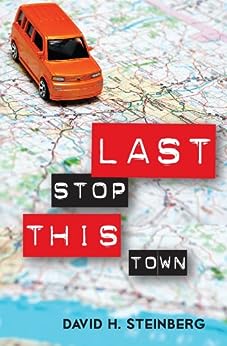 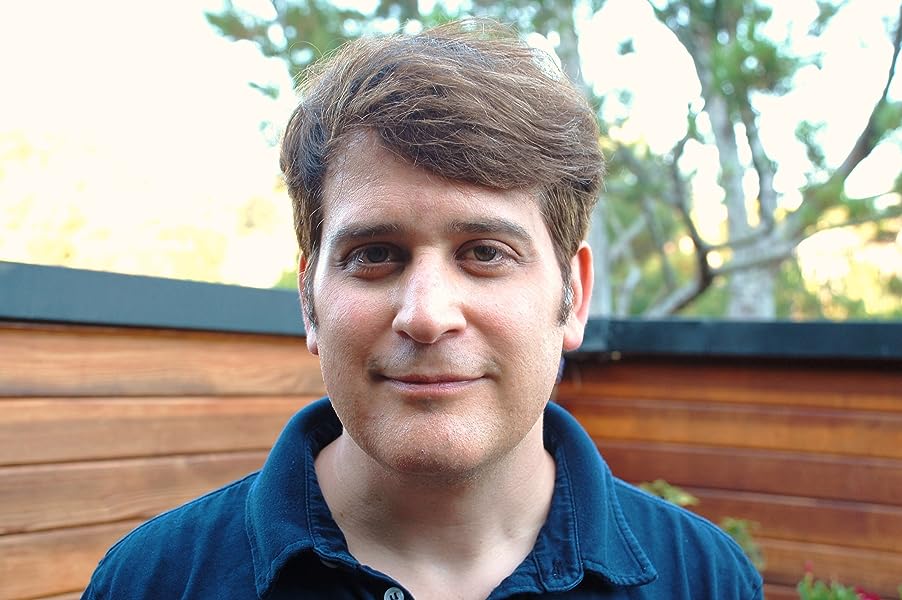 "A rollicking shocker of a teen romp." -Anne Fortier, author of the international bestseller "Juliet"

"[A]ll the raunch of THE HANGOVER with all the heart of STAND BY ME... done with surprising elegance." -Damon Lindelof, co-creator of "Lost"

"As hysterical as it is touching, Last Stop This Town is destined to be a classic. It captures the humor and heartache of high school with perfection." -Samm Levine, "Freaks & Geeks"

"I found myself both laughing out loud and AWWW-ing every other page.... [T]here were both tender and funny moments ... showcasing the array of emotions that these teens experienced.... 10 out of 10." -Tumbling Books

"This will surely become a timeless teen story... that will greatly define the zeitgeist of teen culture for this new decade." -The Independent Florida Alligator

"Steinberg has crafted a novel that is impressively in touch with this generation and speaks honestly to it... Last Stop This Town is an example of the coming-of-age narrative done right." --USC Daily Trojan

"He validates the tumultuous teenage years we all pretend were nothing, giving weight to the struggles we aren't quite ready to admit to." --Duke Chronicle

David H. Steinberg is the screenwriter of the cult classic movieSlackers, National Lampoon's Barely Legal, and several films in theAmerican Pie series. He grew up in West Hartford, Connecticut, enteredYale at age 16, and earned his law degree from Duke, where he served aseditor-in-chief of the law review. He practiced law for four yearsbefore abandoning his legal career to attend the USC School ofCinema-Television.

Steinberg has written extensively for film and television. "Last Stop This Town" is his first novel.

3.5 out of 5 stars
3.5 out of 5
58 global ratings
How are ratings calculated?
To calculate the overall star rating and percentage breakdown by star, we don’t use a simple average. Instead, our system considers things like how recent a review is and if the reviewer bought the item on Amazon. It also analyzes reviews to verify trustworthiness.
Top reviews

Ryan Bonham
4.0 out of 5 stars I truly enjoyed reading this book
Reviewed in the United States on September 20, 2014
Verified Purchase
I truly enjoyed reading this book, and took a chance on it initially because of the author's screenwriting credits (I'm a huge fan of the American Pie movies).
My only criticisms are pretty minor: the use of 'Tom Swifties' for dialogue attribution (she offered, he gasped, etc.) and that the text kind of read screenplay-like, but overall I really enjoyed Mr. Steinberg's work a great deal. All the hallmarks of a R-rated teen comedy that I enjoy, with solidly-executed 'take the character's dream scenario and turn it into a nightmare' scenes. Lots of great dialogue and one-liners, as well.
I really don't get the whiners who give a one or two-star reviews that are peppered with "misogyny," Fiction is not a documentary or social commentary or newscast, for that matter. If everything written in literature reflected nothing but social ideals we should strive for, books and the creative arts, for entertainment sake, would virtually cease to exist... or at least become boring beyond belief.

Dustin Fontenot
4.0 out of 5 stars A Quick and Fun Read!
Reviewed in the United States on August 24, 2013
Verified Purchase
Last Stop This Town is about a group of guys in high school trying to make their last weekend before graduation one they will never forget. This marks the second story I've read that's set in high school, (the first was Vegas High) and I'm glad to say I really enjoyed it. The book is written by screenwriter David Steinberg who is responsible for the raunchy teen comedy American Pie. Last Stop This Town marks his debut in the literary world and it is a story well worth reading. The characters are all unique, likable and most importantly believable. You can also relate to them. Even though the book is very short--it's only a little over 190 pages--it's still worth reading.

If you're considering reading this book I encourage you to do so, but I need to point out that this book is R-rated. The content warning under the summary is not joking. Now I will say that this book is not as bad as Vegas High but it's still pretty raunchy. I have to say it's kind of ironic that when I reviewed Vegas High I mentioned that it reminded me of the movie American Pie and yet later on I ended up reading a book written by the guy who wrote that very movie! Crazy! Anyway, as I mentioned already I really enjoyed this book and I would recommend it to anybody seeking a story that might bring back memories of the crazy antics they and their friends pulled their senior year before graduating and going their separate ways.

This book is a quick read, but it is also a fun read!

Barbara Whittington
5.0 out of 5 stars Big Screen Worthy!!!
Reviewed in the United States on January 31, 2015
Verified Purchase
Hated the language and loved the characters. I was with the four boys as they rolled into NYC and rocked the place with their wild antics. Some crazy experiences they didn't ask for but got anyway. I could see this as a successful older teen movie. It's one I most likely wouldn't see. I don't like the gritty, down and dirty stuff. But I have to admit it worked in this book in a big way. A quick read. A page turner. Recommended for anyone who loves coming of age stories and can take foul language and teen sex. Humor was great. Lots of twists and turns. Check it out.

Longhorn Girl
5.0 out of 5 stars A wild ride to take you back to young adulthood
Reviewed in the United States on February 3, 2014
Verified Purchase
Set at the end of the group's senior year of high school, this story is an entertaining read through the final chances these teens take to be together before the whirlwind of changes begin.

Similar to American Pie, there are twists, attempts at shock humor, and a realistic sense of bonding that occurs along the way as the story unfolds. I found it to be entertaining, quick and easy to read, clean of grammar and spelling errors, and memorable. I highly recommend this for those who like to recall the days of being wild, crazy, and young with the world waiting to unfold.

james harberson
5.0 out of 5 stars Naughty, Clever and Brilliantly Funny!
Reviewed in the United States on May 6, 2012
Verified Purchase
"Last Stop This Town" is a slyly brilliant tale of late adolescent naughtiness and self-discovery. It follows four high school friends who, just before graduation, indulge a cursus honorum of felonious misadventures in New York City, ranging from jailbait hot-tubbing to group combat to multi-partnered sexplorations.

The four friends, while enjoying the hedonism stereotypically informing late-adolescent fantasies, are charmingly real. Dylan, the likeable ladies' man (who, ironically, respects women) is unsure of his future: his father wants him to go to college, but he has other (radically different) plans. Noah, Ivy League-bound, loves his girlfriend but fears college separation will end their relationship. Pike, the stoner, must learn that there is life beyond bud. And Walker is the virgin who needs to get laid. Each finds during a night of humorous calamity and hedonism both fun and wisdom.

Stylistically, Steinberg mixes terse prose and able pacing with organic character development. The book is an effortless read, though I often had to stop because I was laughing out loud.

Eric
3.0 out of 5 stars Pretty effective coming-of-age tale
Reviewed in the United States on January 5, 2013
Verified Purchase
Four friends (all well-to-do boys from Connecticut) have crazy sex, drugs, and rock'n'roll-type adventures on their last two weekends of high school. The story doesn't break any new ground, really, but if you've enjoyed movies like Superbad or GO! (or 200 Cigarettes or Can't Hardly Wait or etc. etc. back to at least American Graffiti) , this is the 2012 version in novel form. Would have benefited from professional editing, but the writing is fine and easy to follow. Some episodes are better than others, and some of the characters are more sympathetic than others, but the relationship dynamics seem genuine and the ending is sort of mushy and heartfelt, in a good way.
Read more
One person found this helpful
Helpful
Report abuse
See all reviews
Back to top
Get to Know Us
Make Money with Us
Amazon Payment Products
Let Us Help You
EnglishChoose a language for shopping. United StatesChoose a country/region for shopping.
© 1996-2021, Amazon.com, Inc. or its affiliates