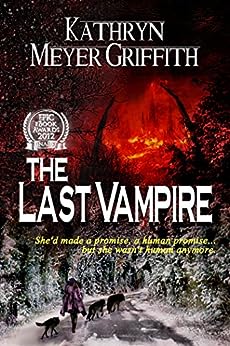 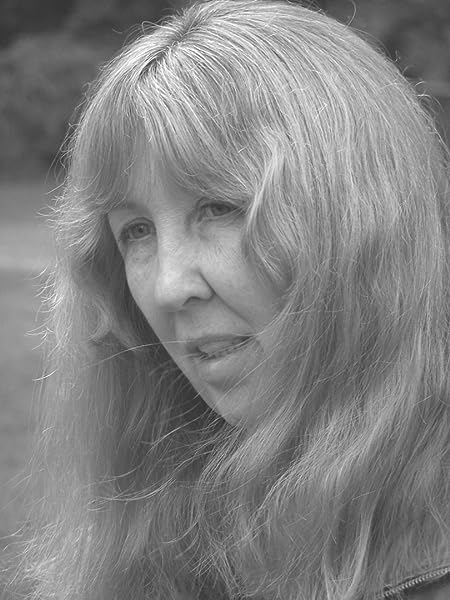 This isn't your ordinary vampire novel. A Splash of Scarlet 4 Stars

Today, we either have the old horrific vampires with blood and gore or the new romantic versions. Now we have The Last Vampire. B & N Bert Nel

This is without a doubt the best end of world novel I have ever read, and I don't honestly feel anyone could write a better one. Blaze McRob's Tales of Horror 5 stars

I will never forget the incredible story of devastation and the last gasping breath of humanity. Coffee Time Romance & More

I truly enjoyed this story and give it an A! I would definitely recommend Ms. Griffith's books. EmeraldFire's Bookmark

I was so drawn into this story, I found myself oddly disoriented once the tale was over. A great story, 5 Angels! Fallen Angel Reviews

The unique approach to the apocalypse and vampire mythology allowed for a compelling relationship to form between 2 great characters. Fantasy Book Review Ryan Lawler

Let's call it 4.5 for being ballsy, well written, and having that feel of authenticity we're all looking for in our books. Jennifer James Blog

Kathryn Meyer Griffith gives us a wonderful look at vampires and how they would react to the end of the world. Night Owl Reviews Zollyanna

This epic tale of horror, fantasy, paranormal and should be on everyone's top 10 list to read. Sweeping Me Blog Tour Review Mary 5 stars

This book comes highly recommended for Dystopian and vampire genre fans. I would love to read more of Kathryn's work in the future! This is From My Heart Janiera

Kathryn MeyerGriffith has been writing for over 48 years and has had 29 novels published since 1984; her 5 Dinosaur Lake novels and 6 Spookie Town Mysteries (Scraps of Paper, All Things Slip Away, Ghosts Beneath Us, Witches Among Us, What Lies Beneath the Graves and All Those Who Came Before) are her best-sellers. Though she's been an artist, and a folk/classic rock singer in her youth with her late brother Jim, writing has always been her greatest passion, her butterfly stage, and she'll probably write stories until the day she dies or until her memory goes. 2012 & 2014 EPIC EBOOK AWARDS *FINALIST* for The Last Vampire and DinosaurLake.
Books here:
tinyurl.com/oqctw7k
Audible audio books here:
tinyurl.com/oz7c4or
Novels:
Evil Stalks the Night, The Heart of the Rose, Blood Forge, Vampire Blood, TheLast Vampire, Witches, The Nameless One short story, The Calling, Scraps ofPaper, Ghosts Beneath Us, Witches Among Us, What Lies Beneath the Graves, All Those Who Came Before, Egyptian Heart, Winter's Journey, The Ice Bridge,Don't Look Back, Agnes, A Time of Demons and Angels, The Woman in Crimson,Human No Longer, Four Spooky Short Stories Collection, Forever and AlwaysRomantic Short, Night carnival Short Story, Dinosaur Lake, Dinosaur Lake II:Dinosaurs Arising and Dinosaur Lake III: Infestation, Dinosaur Lake IV: Dinosaur Wars and Dinosaur Lake V: Survivors.
Her Websites:
Twitter:twitter.com/KathrynG64
My Blog:kathrynmeyergriffith.wordpress.com/
My Facebook authorpage: facebook.com/KathrynMeyerGriffith67/
Facebook Author Page:facebook.com/pg/Kathryn-Meyer-Griffith-Author-Page-208661823059299/about/?ref=page_internal
facebook.com/kathrynmeyergriffith68/
facebook.com/pages/Kathryn-Meyer-Griffith/579206748758534
authorsden.com/kathrynmeyergriffith
goodreads.com/author/show/889499.Kathryn_Meyer_Griffith
en.gravatar.com/kathrynmeyergriffith
linkedin.com/in/kathryn-meyer-griffith-99a83216/
pinterest.com/kathryn5139/
tinyurl.com/ycp5gqb2
Read more

4.4 out of 5 stars
4.4 out of 5
62 global ratings
How are ratings calculated?
To calculate the overall star rating and percentage breakdown by star, we don’t use a simple average. Instead, our system considers things like how recent a review is and if the reviewer bought the item on Amazon. It also analyzes reviews to verify trustworthiness.
Top reviews

Nancy
5.0 out of 5 stars A Gem
Reviewed in the United States on December 18, 2019
Verified Purchase
This is not a story of recovery after an apocalyptic event, but the beginning of the end through earthquakes and the emergence of a devastating plague with no cure. Very grim reading about the end of the world. Both Emma and Matthew lose their families, finding themselves alone, trying to survive and I was wondering if the author would be successful in inserting the presence of vampires, but was surprised that it worked. Without their presence, it would have made for a very different story not half as good. What a beautifully written romance novel taking place amid all the destruction and peril. Story is complete with this book.
Read more
Helpful
Report abuse

nanooknorth
3.0 out of 5 stars Interesting concept but..........
Reviewed in the United States on January 2, 2020
Verified Purchase
I didn't like the constant use of "Indian" to describe the Native American hero. And even less the use of "Half breed", whether it was pejorative or not.
Several points of grammar irked also,

These things were enough to spoil the story for me.
'll
Read more
One person found this helpful
Helpful
Report abuse

GrumpyGranny
5.0 out of 5 stars Thought Provoking
Reviewed in the United States on December 24, 2019
Verified Purchase
Good characters and a strong and unusual story line that engrossed me right to the end. It is not a book I will forget easily.
Read more
One person found this helpful
Helpful
Report abuse

CAnne50
5.0 out of 5 stars Fan of SHTF novels, not so much vampires...
Reviewed in the United States on October 14, 2020
Verified Purchase
BUT...
This is an exceptional read as apocalyptic and vampires combined.
With the rapid decline of humans the last vampire realizes it is more humane than most of the few humans remaining.
It is an easy read suitable for young adults and older.
Read more
Helpful
Report abuse

marti e
5.0 out of 5 stars Great book
Reviewed in the United States on August 16, 2018
Verified Purchase
Love this book. I couldn’t put it down because i was always at a good part. Thank you for this book. I haven’t been so enrapt by a book in a good while.
Read more
3 people found this helpful
Helpful
Report abuse

Bob Meredith
5.0 out of 5 stars Outstanding
Reviewed in the United States on January 5, 2020
Verified Purchase
What a great story! Definitely a page turner! One of the best I have ever read ! A great movel
Read more
One person found this helpful
Helpful
Report abuse

Donna P
5.0 out of 5 stars Different take on standard Vampire fare
Reviewed in the United States on January 3, 2020
Verified Purchase
Liked the plot and the characters. Take a chance on this "different" Vampire read.
Read more
One person found this helpful
Helpful
Report abuse

Diana
5.0 out of 5 stars Loved It
Reviewed in the United States on January 6, 2020
Verified Purchase
Loved the whole concept of overcoming a changing dying world. Loved the human spirit and the not so human. I loved the growing romance and what lengths love will go.
Read more
One person found this helpful
Helpful
Report abuse
See all reviews

Caz
2.0 out of 5 stars too grim for me
Reviewed in the United Kingdom on May 22, 2020
Verified Purchase
I read and wanted to enjoy the book, live through it. This book was one awful thing after another. Not one pleasant moment, not a love story, really. More survival than anything else, I wanted there to be either a big event at the 50% mark and there wasn't one, just more of the same; pain, grief, death, suffering. The end was disappointing and I am glad there is not a book 2. The writing was a bit chaotic in places, grammar hasn't been checked. I also felt the use of "Indian" not quite right since the book is relatively new, it should have been Native American or used another equal term. Good character development too bad the book didn't have a nicer side to it. There was no view to beauty in the book either in landscape or things happening, just grim. I can't say more that would spoil it for another reader. The previous reviews were good, but apocalyptic books have to be better written with some element of hope, tender moments, joy. I only gave it a second star as the idea of vampires in this setting is new to me. It is the first book in ages that has given me nightmares and not because of a measly vampire.
Read more
Report abuse

Dee
5.0 out of 5 stars Good
Reviewed in the United Kingdom on December 21, 2019
Verified Purchase
What a story! Very descriptive and interesting characters. Some people not nice but others have good qualities about them. Is there another book coming?
Read more
Report abuse

D. Lindsay Excellent story lovely characters can't wait for the next one
5.0 out of 5 stars Brilliant fantasy
Reviewed in the United Kingdom on December 30, 2019
Verified Purchase
Everything about this book I loved. Will now read her others. Wonderful description s loved her two main characters. Can't wait to start the next one.
Read more
Report abuse
See all reviews