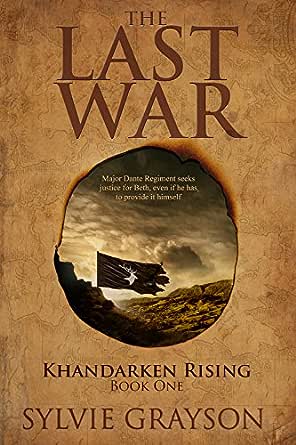 You've subscribed to The Last War! We will preorder your items within 24 hours of when they become available. When new books are released, we'll charge your default payment method for the lowest price available during the pre-order period.
Update your device or payment method, cancel individual pre-orders or your subscription at
Your Memberships & Subscriptions
There was an error. We were unable to process your subscription due to an error. Please refresh and try again. 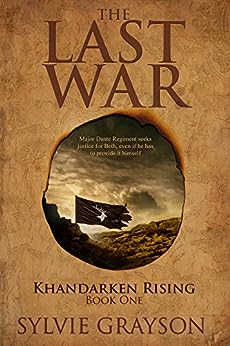 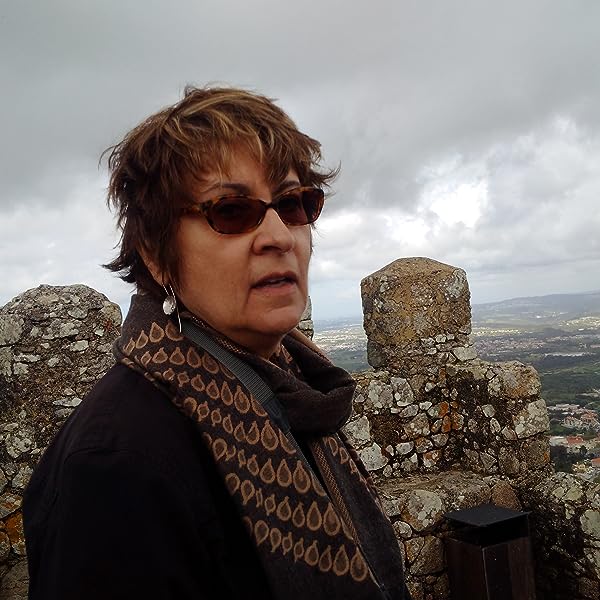 The Last War: Book One, Khandarken Rising: Major Dante Regiment seeks justice for Beth, even if he has to provide it himself Kindle Edition 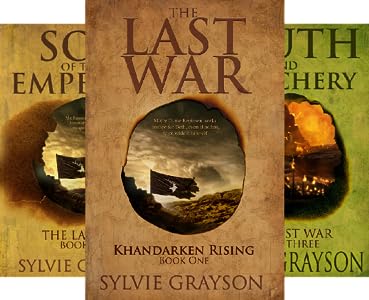 3.9 out of 5 stars
3.9 out of 5
14 customer ratings
How does Amazon calculate star ratings?
Amazon calculates a product’s star ratings based on a machine learned model instead of a raw data average. The model takes into account factors including the age of a rating, whether the ratings are from verified purchasers, and factors that establish reviewer trustworthiness.
Top Reviews

The Mysterious Amazon CustomerTop Contributor: Fantasy Books
TOP 1000 REVIEWER
4.0 out of 5 stars Great stuff. Great fun.
Reviewed in the United States on February 9, 2017
Verified Purchase
Sylvie Grayson is amazing. Her books always seem to have layers in them and this one is no different. I makes the reader think about how a society deals with massive war and its aftermath, how this all impacts relationships and how they try to overcome the impacts. All in the context of what is actually a pretty darn great yarn, full of just the right amount of action and romance. The result? Wow, what a book. Great stuff. Great fun.
Read more
Helpful
Comment Report abuse

J Y.
5.0 out of 5 stars For anyone who enjoys Sci-fi and Romance!
Reviewed in the United States on November 12, 2018
Sylvie Grayson has created an intriguing novel about one possible future where disease, and humanities love of genetic meddling, has resulted in a dire shortage of women who are able to conceive. Although they have the ultimate choice of mates they must also be protected against assault and kidnapping. In a throwback to earlier times, last names often denote profession and politics are deceptive and dangerous. Dante Regiment, the son of General Regiment, is a career military officer trying to track and apprehend smugglers who trade in women and young boys. When his father assigns him to investigate the source of unwarranted attention directed at the extensive agricultural and mining owned by Farmer Holdings, Dante discovers a new interest in rural life that revolves around Bethlehem Farmer. He also uncovers signs pointing to a plot to steal Farmer Holdings from Bethlehem and her brother, Abram.

There are plots within plots, subterfuge and battles, treachery and loyalty; all leading to an exciting story line that makes you want to read the next book in the series. Setting the back-story and revealing the character relationships seemed to take a little bit, but I appreciated those details and quickly became involved in the story-line. I received the book free but voluntarily reviewed it.
Read more
Helpful
Comment Report abuse

Serafina Mezzanotte
4.0 out of 5 stars Romance and intrigue!
Reviewed in the United States on January 21, 2016
A couple of reviewers on here have stated that they thought the book started off slowly. I am one of the readers who disagrees with that. I felt the story jumped right in. It starts right off with Major Dante being sent by his father, the General of Khandarken, to assess the situation at Farmer Holdings, where we meet 23-year-old Bethlehem Farmer who is helping her brother Abram run the farm and a talc mine. Their father has died in the Final Battles of the book’s title, the battles that have defeated the Emperor and gave rise to new countries that are trying to establish themselves in peace, given how much of a toll the battles took on the people and the land.

Dante is determined to protect the Farmers, and especially the beautiful Bethlehem, but Abram’s suspicious disappearance leaves her on her own with no one she feels she can trust. The wars caused society to turn towards genetically creating more boys than girls, because boys were useful for battle. Girls, then, became a liability because they had to be protected, and the genetic tampering left them prone to diseases. Clones were developed for men who couldn’t get a real girl. It isn't clear if the setting is another world or a future Earth, but either way, many things are familiar, such as drinking tea and driving scooters, and many things are different, such as lasers being weapons. A virus is spreading, that both Dante and Beth are exposed to, and because women are so sought after, violence and smuggling of women is going on at the highest levels.

Some of the language about the sexual tension between Dante and Beth is descriptive and hot, and the attraction progresses quickly, but it is part of the story and the mission that Dante’s on. And, Beth is already betrothed to another man in an agreement her father made before his death. This gives rise to many questions that the book must answer: What will happen to the farm and talc mine? Will Beth’s father’s real will be honored? Can Dante and Beth be together? What does the future hold for them? Overall, I enjoyed this book and look forward to part two! I received a free copy of this book in exchange for an honest review.
Read more
One person found this helpful
Helpful
Comment Report abuse